In a season of so much uncertainty, the Dallas Cowboys can count on one thing: being alone in last place in the NFL’s worst division going into Week 13.

While the Cowboys will say there’s still hope because no team in the NFC East will have more than one win than they do, the reality speaks much more loudly.

Start with an offensive line looking as if it will be permanently altered by injuries after battling them all season. And that’s on an offense among the worst in the NFL since star quarterback Dak Prescott’s season-ending ankle injury.

The Cowboys (3-8) were supposed to play Baltimore on Thursday after a 41-16 loss to Washington on Thanksgiving Day. Because of COVID-19 issues involving the Ravens, the game has been rescheduled twice, now set for Tuesday, Dec. 8, because of three postponements of the Baltimore-Pittsburgh Thanksgiving game that is now scheduled for Wednesday.

Whenever Dallas does return to the field, the idea of getting past Washington, the New York Giants and Philadelphia to win the NFC East and make the playoffs will be far-fetched. The Cowboys have lost three straight division games, and five of six overall.

“I like to think there’s a lot of football left,” first-year coach Mike McCarthy said. “We all clearly have been part of this (injury) pattern and the pattern’s been one way. And I’m hopeful and will be grateful when it turns the other way. I don’t kind of just throw in the cards. I think you line up and play every hand to win and we’ll do that against Baltimore.”

Already without starting tackles Tyron Smith and La’el Collins almost the entire the season because of injuries, Dallas lost two replacements on the opening drive against Washington. Zack Martin, a four-time All-Pro right guard who moved to right tackle to help fortify the line, aggravated a calf injury and will miss multiple weeks, along with Cam Erving, who exited four plays earlier with a sprained knee. Barring further injury, two undrafted players in Brandon Knight and Terence Steele figure to be the starting tackles the rest of the way. 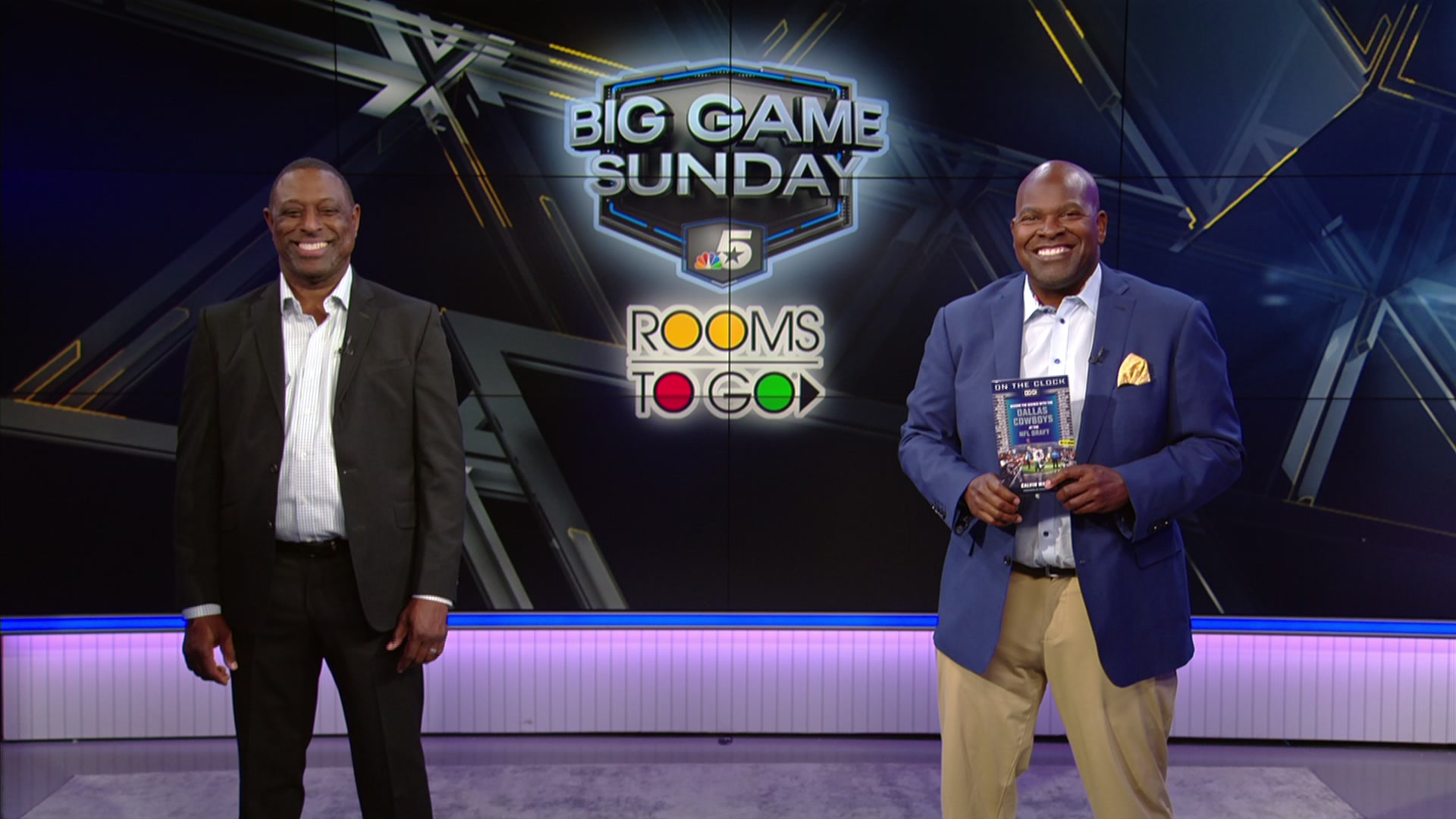 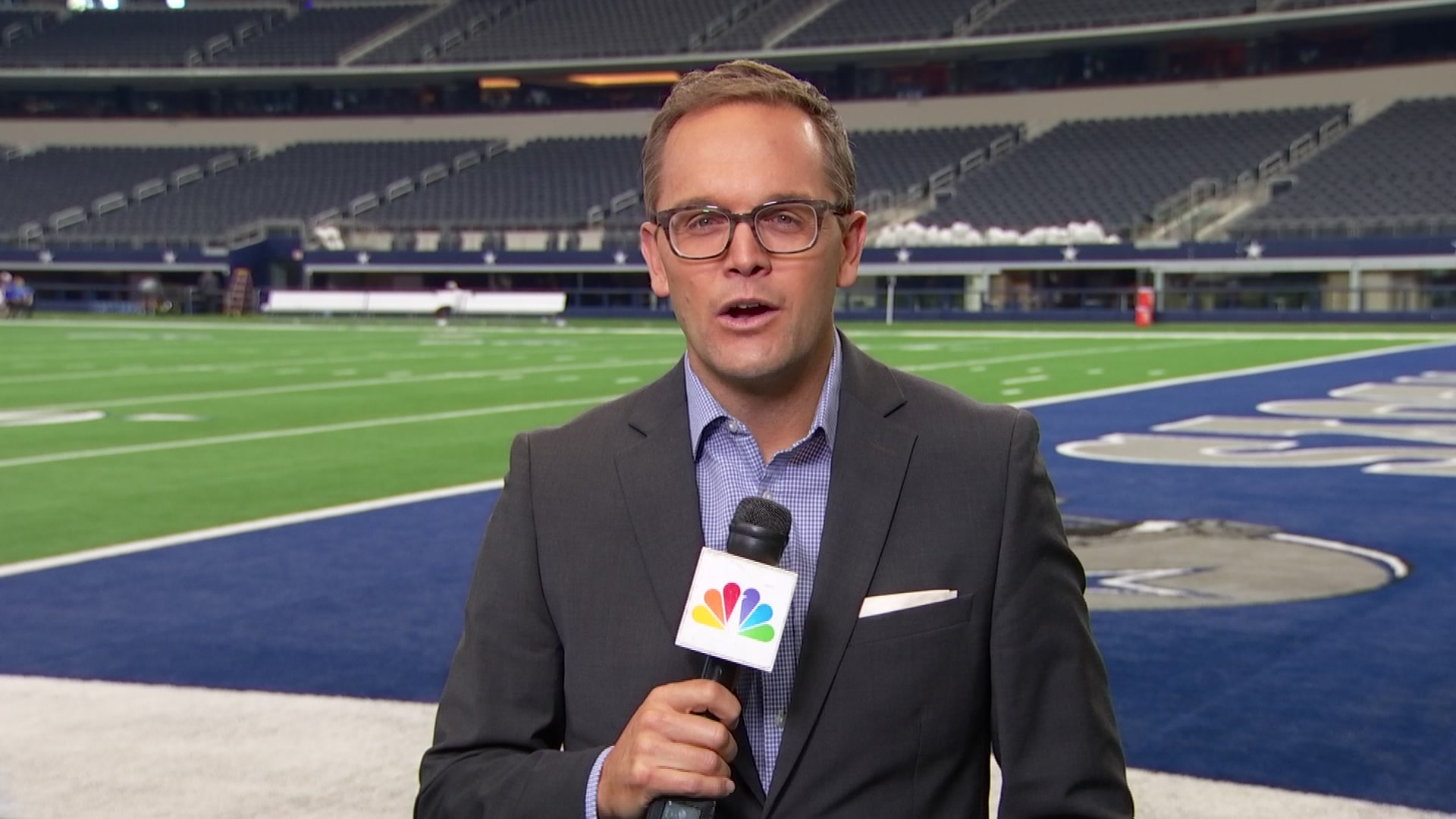 Doney: Dallas Cowboys' Defense May be the Best in the League

Sticking with the philosophy of drafting the best player on the team’s board worked well. The Cowboys didn’t expect receiver CeeDee Lamb to be there at No. 17. They grabbed him despite having greater needs elsewhere and feeling good about their top two pass-catchers in Amari Cooper and Michael Gallup. Lamb was the first receiver in NFL history to catch at least five passes in each of his first six games.

McCarthy hired a known gambler in special teams coordinator John Fassel. Two fake punts have failed, perhaps none more spectacularly in the NFL this season than one against Washington on Thanksgiving.

Facing fourth-and-10 at their 24 and trailing by just four points early in the fourth quarter, the Cowboys ran a pitch reverse with up-back Darian Thompson and receiver Cedrick Wilson, who had the option of throwing but didn’t think punter Hunter Niswander was open. Wilson was dropped for a 1-yard loss, and the Cowboys gave up a touchdown on the next play to trigger a 21-point quarter by Washington.

TE Dalton Schultz has been a pleasant surprise after starter Blake Jarwin tore a knee ligament in the season opener at the Rams. While he’s not near the receiving threat Jarwin is, Schultz has been a reliable short-yardage target for all the Dallas quarterbacks.

Defensive coordinator Mike Nolan could be one and done in Dallas. While the Cowboys lost crucial time for implementing a new scheme when the pandemic eliminated in-person work during the offseason, the defensive ineptitude early in the season was jarring. The unit has been better in recent weeks, but it was probably too late.

Prescott’s broken ankle triggered a stretch of three different starting quarterbacks in a span of four weeks. Andy Dalton was a nine-year starter in Cincinnati before signing a one-year deal to be Prescott’s backup. He got a concussion in his second start and missed the next game, then had to sit out another game after a positive COVID-19 test. Rookie Ben DiNucci and seventh-year man Garrett Gilbert each made his first career start in consecutive weeks, losses to Philadelphia and Pittsburgh.

The Cowboys will carry some emotional baggage the rest of the season with the death of strength and conditioning coach Markus Paul. The beloved member of the staff collapsed in the team’s weight room last week and died a day later at a hospital, about 24 hours before the Washington game.