Through every interception, fumble and loss, Dak Prescott's mind is on the next throw, the next scramble, the next game for the Dallas Cowboys.

The quarterback of America's Team thinks of where he's been: almost exactly five years removed from his mom, Peggy Prescott, dying of colon cancer when her son was a 20-year-old sophomore at Mississippi State. That makes it easier for him to move on in his football world.

And that's why the expectations of others won't faze Prescott with the losses almost as frequent as the victories since he led a franchise-record 11-game winning streak that helped him earn NFL Offensive Rookie of the Year honors in 2016.

The struggling Dallas offense, more specifically the passing game , appears to be the biggest obstacle for the Cowboys as they try to return to the playoffs after falling short during Prescott's less-than-stellar encore last year. He figures his football-loving mom would be right there with the rest of the critics, with a caveat.

"She'd let me know how she felt about our struggles and about the mistakes and those type of things," Prescott said. "Simply on the other hand of having the confidence in me of fixing them and in our team of fixing them and getting back to playing the type of ball we want to play as a team."

Prescott paused in the middle of the season during the Cowboys' open week for a cause that will endure for him regardless of which direction his career goes. 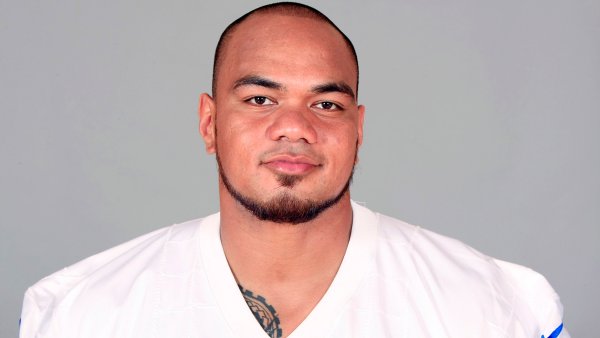 His role in Bristol-Myers Squibb's "Ready. Raise. Rise." campaign is one of his cancer awareness initiatives from a platform Prescott's mom envisioned after she was diagnosed.

Whether she could have seen it coming through her son's sudden stardom as quarterback of one of the world's most visible pro sports franchises is another question.

"I think she definitely did," said Prescott, who has been part of a campaign that led to a $250,000 donation to cancer advocacy groups. "And she had plans and she had dreams for me."

Prescott remembers watching with his mom when Hall of Fame quarterback Brett Favre played a night after his father died and threw for 399 yards and four touchdowns in Green Bay's 41-7 win over Oakland in 2003.

"She said, `I want you to play if that ever happens,"' Prescott said.

His mom died on a Sunday -- the day after he threw three interceptions in a loss to South Carolina when he knew something was wrong because his mom hadn't texted or called him back before the game. The funeral was on a Wednesday -- three days before a loss to Texas A&M.

"And I said, `I've got to get back. My mom would be mad that I even missed that practice that I missed yesterday,"' Prescott recalled. "I could say that's the moment that I started allowing my mom to be my story, doing the things that she told me and she taught me."

His Mississippi State teammates saw it when Prescott led the Bulldogs to the first No. 1 ranking in school history a year later, before a loss to Nick Saban and Alabama.

His Dallas teammates saw it when he showed up as the forgotten fourth-round pick and third-stringer behind franchise passing leader Tony Romo. After backup Kellen Moore broke an ankle in training camp and Romo injured his back in a preseason game, Prescott got his chance. Romo never got his job back.

"He's had the same qualities from Day One, as a rookie to now," receiver Cole Beasley said. "Hasn't changed at all. I don't know if he had many bad games in 2016. But I know he has always been the same guy whether good or bad since I've known him."

Those qualities have been tested, with a 14-13 record since his remarkable 11-1 start and more interceptions, fumbles and sacks. While owner and general manager Jerry Jones keeps using stronger language to suggest he's settled on his quarterback of the future, doubters are numerous outside Cowboys headquarters.

"When you have a guy that's a winner, boy, hard to pass up on guys that are winners," said Florida coach Dan Mullen, who was Prescott's coach at Mississippi State. "There's all kinds of different quarterbacks. A winner's a winner. That's the first thing I look for in quarterbacks."

Ask Prescott how he thinks he needs to improve, and he'll say in everything. A Cowboys fan as a kid growing up near the Texas state line in Louisiana, Prescott longs to end a Super Bowl drought that's approaching 25 years.

But there's a small part of Prescott that would concede he's already a winner, looking back over five years since his mom died, and 25 months since he was the opening day quarterback with Dallas fans wondering if another season was lost because of another Romo injury.

"My mom's definitely an emotional woman," Prescott said, slipping into the present tense.

"So it'd be tears, it'd be a lot of tears in the last 25 months. She asked me when she initially got sick to allow her to be my story. She said all greats have a story. So for my mom to say that back in 2013 to where we are now, I think she'd be proud."