The Salvation Army’s 130th annual Red Kettle Campaign launched the season of giving on Thanksgiving Day and is urging everyone to help rescue Christmas for over 100 million Americans who are already or just a mere financial event away from living in poverty.

In a high-energy virtual performance, taped in advance due to NFL restrictions to limit on field non-player activity, Kane Brown wowed audiences across the nation with his powerful halftime-show concert — with a little backup assistance from the iconic Dallas Cowboys Cheerleaders. 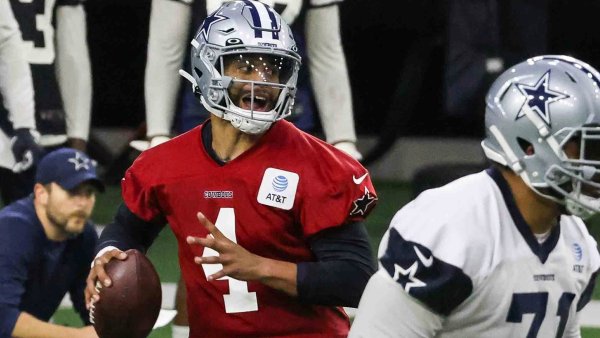 “For 24 years, we’ve been honored to support The Salvation Army. They need our help now more than ever,” said Charlotte Jones, executive vice president and chief brand officer for the Dallas Cowboys and former national advisory board chairperson for The Salvation Army. “In such challenging times, we’re humbled to be part of The Army’s enormous effort to help our communities through their hardships today and through those that may lie ahead.”

The Red Kettle Campaign, the largest and longest-running fundraiser of its kind, is especially needed now due to the COVID-19 pandemic. Requests for service are at an all-time high – The Salvation Army could serve up to 155% more people this year, assuming funds are available. However, with funds raised through the iconic Red Kettles at risk due to factors like less retail foot traffic and consumers carrying less cash, The Army could see up to a 50% decrease in funds raised, which puts serving those most vulnerable during Christmas and throughout 2021 in jeopardy.

“This year we’ve seen what can only be described as a tsunami of need,” said Commissioner Kenneth Hodder, National Commander of The Salvation Army. “In the history of our organization, we’ve never served this many for this long. It will take all of us coming together in order to serve an unimaginable amount of people throughout the next year. We could not do this without the generosity of the Dallas Cowboys, our ambassadors, our corporate partners, and of course, our volunteers and donors.”

While the Red Kettle Campaign usually officially kicks off on Thanksgiving Day, the iconic annual fundraising started early this year, for the first time in The Salvation Army’s history, in order to get a head start on what is forecasted to be a giving season filled with unknowns and anticipated losses.

Across the nation, volunteers, donors, communities and corporations have stepped up in remarkable ways that give hope for the year to come:

The Salvation Army is making it safer and simpler to donate this year in order to support the most vulnerable in our nation:

Every donation provides help and hope to those in need, and all gifts stay within the community in which they are given. Visit RescueChristmas.org to donate or learn more about how you can help The Salvation Army rescue Christmas this year. If you need services or know of someone in need, please visit SalvationArmyUSA.org to find a location near you.