Pearson was the only position player on the NFL's 1970s All-Decade Team not in the hall.

Drew Pearson likely figured it would take a Hail Mary for him to get into the Pro Football Hall of Fame.

Nope. Pearson was inducted into the shrine Sunday as a senior member.

The former standout receiver for Dallas from 1973-83 was a three-time All-Pro who made the NFL's 1970s All-Decade Team. He was the only position player from that squad not in the hall.

Pearson, of course, caught Roger Staubach's winning touchdown pass in a 1975 playoff game at Minnesota that is considered the original Hail Mary. But he should be recognized for 557 catches, including postseason, for nearly 9,000 yards and 56 touchdowns.

"This confirms it," Pearson said after noting his bust's hairdo. "I had the biggest Afro in NFL history.

"The wait is over. How about that! A tough long journey on the road less traveled." 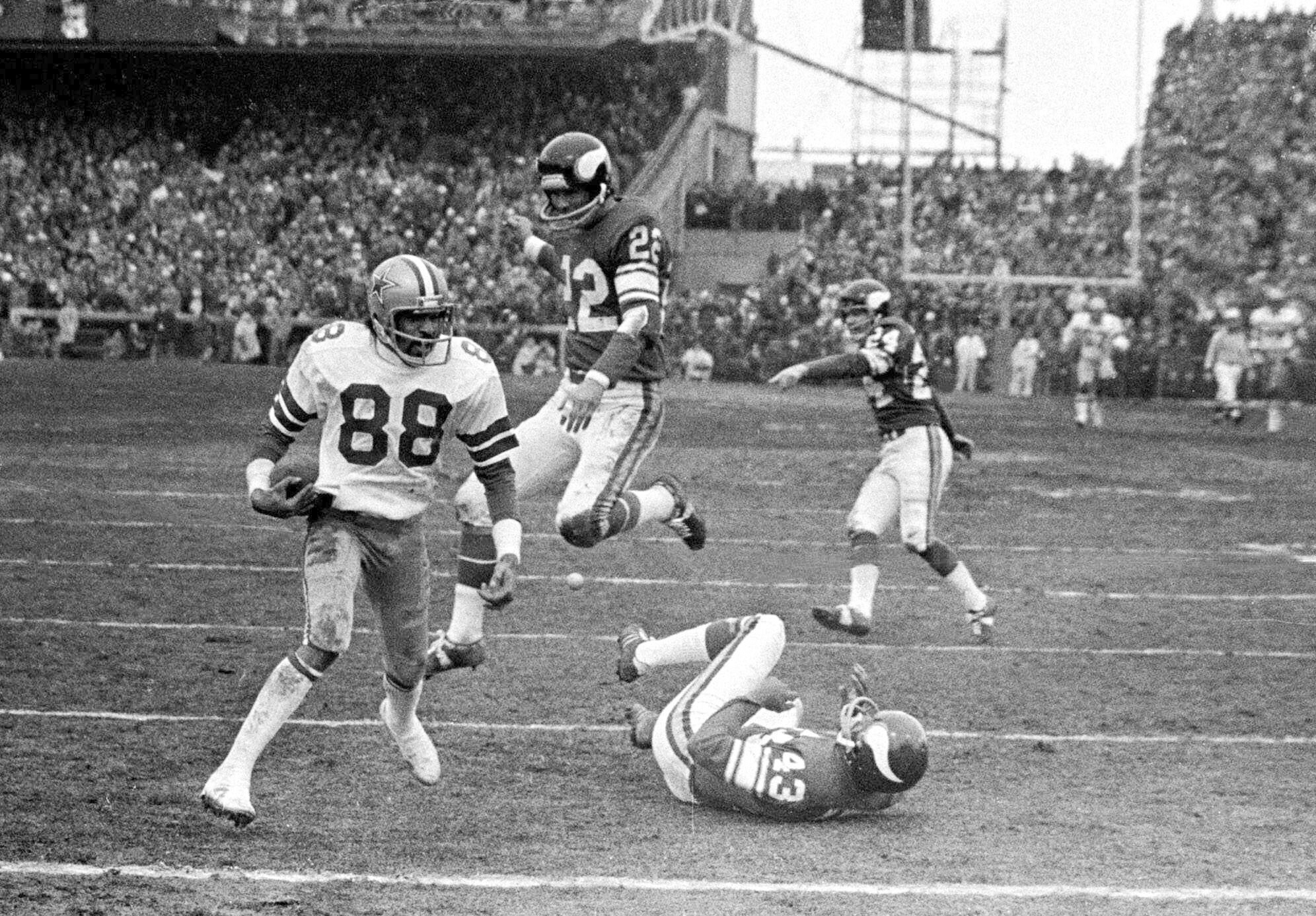 Pearson was elected with seven others in the class of 2021.

Bill Nunn, who was recognized posthumously in April from the contributors, was featured in a video tribute.