Cowboys Lose Opener to Rams: What's Working and What's Next?

Mike McCarthy lost his debut as coach of the Dallas Cowboys in part because of a curious fourth-down decision that didn't work. He might have won a quarterback with the move.

Dak Prescott's pass to rookie receiver CeeDee Lamb covered 2 yards on fourth-and-3 when a short field goal could have pulled Dallas even in the fourth quarter of a 20-17 loss to the Los Angeles Rams.

Now the Cowboys (0-1) will see whether a short-term loss can turn into a long-term gain, starting Sunday in their home opener against Atlanta (0-1).

"I mean, I love the aggressiveness," Prescott said. "I think that was the point in the game that if we get that first down and punch it in the end zone, we're looking at a whole different ballgame. I think it was a momentum chance, and I love the play call. We just weren't able to get it."

From Mike McCarthy’s fourth-down call in the fourth quarter to the play of the Cowboys defense, NBC 5 Sports Director Newy Scruggs and Jean-Jacques Taylor discuss Dallas’ season-opening loss to the Los Angeles Rams.

For Dallas fans, there were things besides a debatable coaching move that looked hauntingly familiar to the end of Jason Garrett's tenure: a defense that couldn't keep up early, and an offense that couldn't make the clutch play late.

The Cowboys might argue that made the big play on a long pass from Prescott to Michael Gallup that put them in position for at least a field goal in the final seconds. Gallup was called for offensive pass interference against Jalen Ramsey.

"They're going to call it like they want to call it," Gallup said. "We've got to keep playing through." 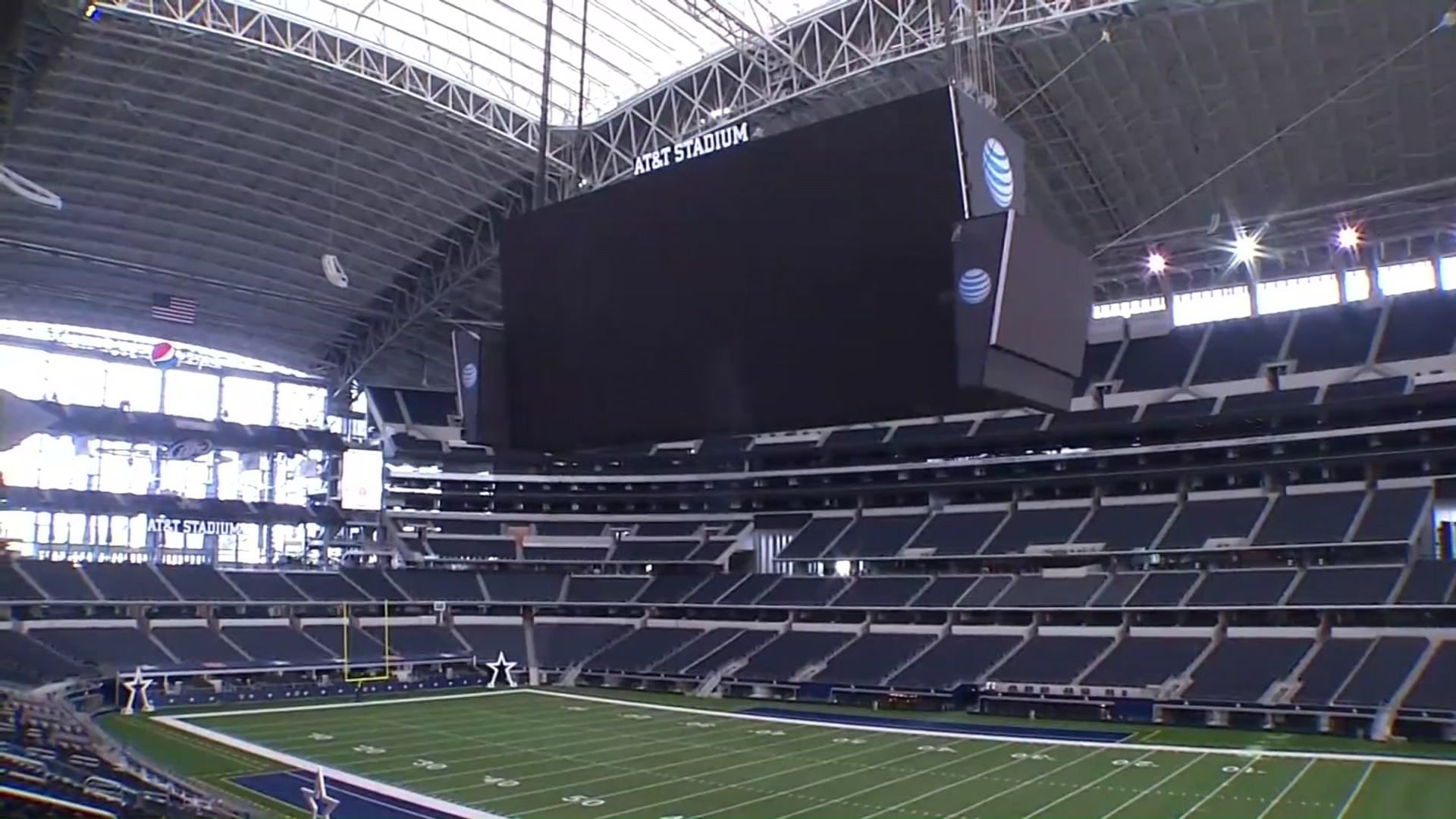 WHAT'S WORKING
Ezekiel Elliott scored both Dallas touchdowns and finished with 96 yards rushing and 31 receiving. He's the first Cowboys player with a rushing and receiving TD in an opener. And there were plenty of touches -- 25 (22 carries, three catches) -- when one of the questions was how his role would evolve under McCarthy considering the coach's history with QBs.

WHAT NEEDS HELP
The Cowboys played from behind almost all of the first half because they couldn't defend the screen pass. While Dallas got a handle on it as the game went on, the Rams still had too many shorter third downs because of their effective use of the screens.

STOCK UP
Aldon Smith had a sack and tied linebacker Jaylon Smith for the team lead with 11 tackles in his first game since Nov. 15, 2015, with the Raiders. Smith had been suspended over substance-abuse and legal issues. If Smith keeps it up, Everson Griffen and DeMarcus Lawrence should have more room to affect the quarterback.

STOCK DOWN
Third-down efficiency on both sides of the ball contributed as much to this loss as anything. The Cowboys were among the best in both categories last season. Against the Rams, Dallas converted just three of 12 third downs while LA was 9 of 15.

INJURED
TE Blake Jarwin's right knee buckled when he cut on a route, and LB Leighton Vander Esch left early with a collarbone injury. Both appear to be long-term injuries. T Cameron Erving had his left knee crunched while blocking on the 53-yard field goal that Greg Zuerlein missed. If Erving misses much time, it will be a huge blow to the depth of the offensive line.

KEY NUMBER
Defensive tackle Dontari Poe became the first, and so far only, Dallas player to kneel during the national anthem. Fellow defensive linemen Aldon Smith and Antwaun Woods stood next to him with hands on his shoulders, as did a staff member. Poe's decision was notable because of how outspoken owner Jerry Jones has been to such gestures during "The Star-Spangled Banner." Jones has seen it as an issue of respecting the flag over protests of racial injustice.

"My teammates were telling me that they didn't want me to do it by myself, alone, because we're a team," Poe said. "But I had told them my mind was already made up and I felt this way. And if they didn't, don't do it. Don't do it unless your heart is there like mine was."

NEXT STEPS
It's clear the biggest adjustment for the Cowboys is on defense, with a new scheme under coordinator Mike Nolan. Vander Esch's injury raises serious questions for the linebackers when the secondary was already the weakest link on the team. The scoreboard didn't show it, but Dallas appears capable of having an offense as productive as last season's top-ranked unit.