Cowboys, Giants Need a Win and Washington Loss for Playoffs

Playing with a backup quarterback and a defense that's finally found itself, the Dallas Cowboys are the hottest team in the NFC East entering the final weekend of the regular season.

It might not be good enough to get them back to the playoffs.

The Cowboys (6-9) will try to extend their winning streak to four games when they travel to the Meadowlands to face the New York Giants (5-10) on Sunday. The winner could make the postseason. Or not.

Washington (6-9) has the inside track for the division title. It beat Dallas twice, so it has the head-to-head tiebreaker should the teams finish tied. A win in Philadelphia on Sunday gets Washington to the playoffs.

Dallas, which lost quarterback Dak Prescott to a major ankle injury in the first game against New York on Oct. 11, is the surprise. Andy Dalton and the offense are coming off a 500-yard performance in a win over Philadelphia, while the defense has 10 takeaways in the winning streak after 11 in the first 12 games.

"If you can play your best football in December you obviously have the best chance if you have the opportunity to be in the tournament," said McCarthy, who saw his team start 2-7. "The last three weeks we have accomplished that. Our goal clearly is to go to New York and win this game, but hopefully we play our best football this week." 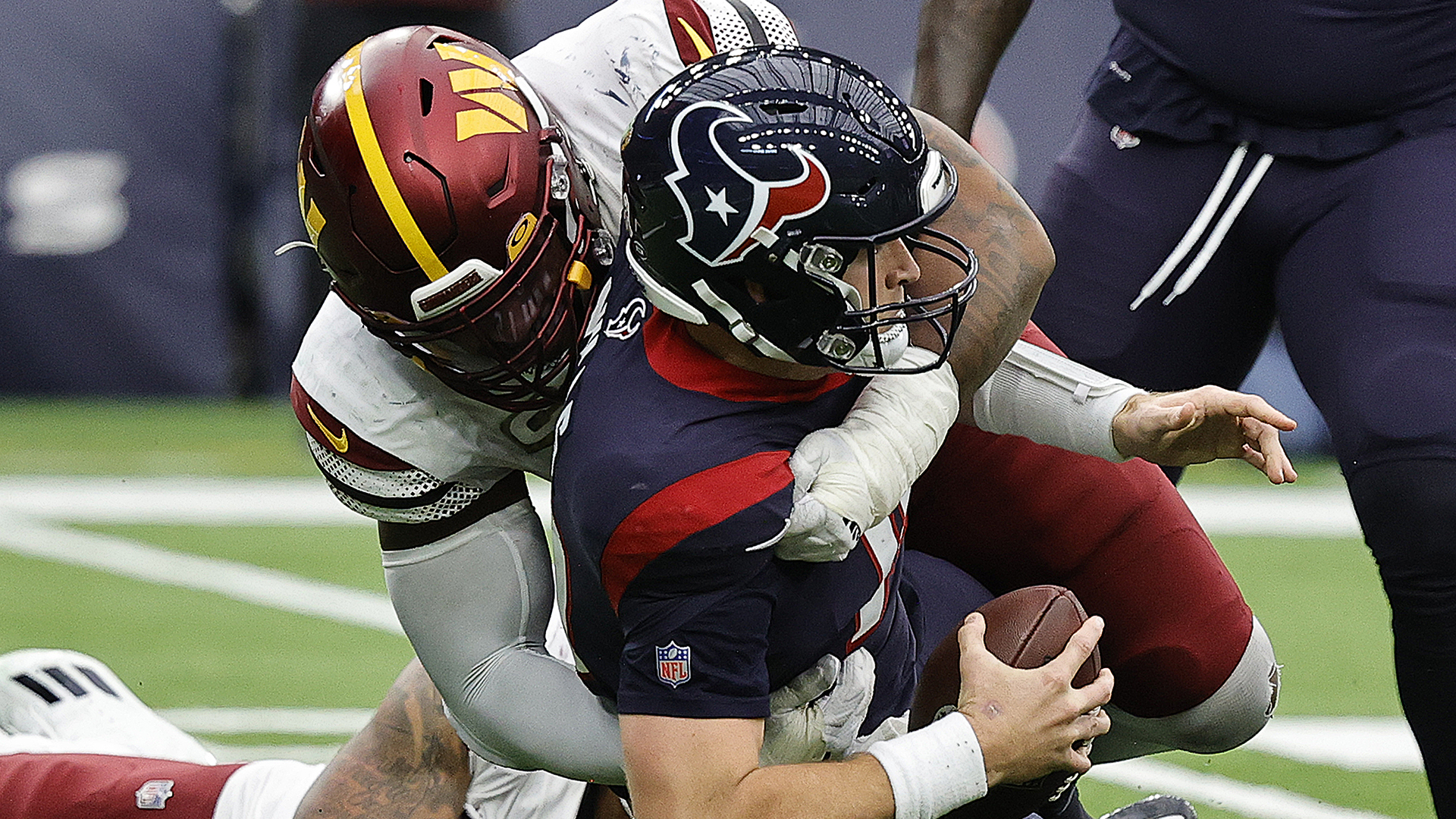 "I know the character of our locker room and how we've stuck together," Giants defensive back Logan Ryan said. "We definitely earned the right, the ability to play in this game and it to mean something, and I think that's just coming back around with everything we've endured this year."

POCKET PASSER
Giants quarterback Daniel Jones has not been himself since pulling his right hamstring against Cincinnati on Nov. 29 and spraining his left ankle against the Cardinals on Dec. 13. He missed games against Seattle (Dec. 6) and Cleveland (Dec. 20).

New York's second leading rusher, Jones has run once for 3 yards in his last two starts and has been sacked 12 times. He says the injuries have limited his running. He was averaging 7.3 yards.

ELLIOTT CHASING 1,000
Dallas running back Ezekiel Elliott needs 63 yards rushing to avoid falling short of 1,000 in what amounted to a full season for the first time in his five-year career. The two-time rushing champion never had fewer than 1,357 yards in any of the four seasons when he played at least 15 games.

The one time Elliott fell short was when he was suspended six games in 2017 over domestic violence allegations. He had 983 yards in 10 games and led the league by averaging 98.3 yards per game.

Twice previously, Elliott sat out the regular-season finale because the Cowboys had all but secured their playoff seeding. This year he missed a game because of injury for the first time, sitting in Week 15 with a calf issue. Elliott came back last week with his second 100-yard game of the season (105) against Philadelphia.

GARRETT AGAIN
Former Dallas coach Jason Garrett has seen the Giants' offense struggle in his first year as coordinator. New York is ranked 31st overall and its 257 points are the second fewest in the NFL. The Jets, their co-tenant at MetLife Stadium, has a league low 229.

"We've done some good things that really helped our team win, and at other times, it hasn't been good enough. But you keep learning from your experiences," Garrett said.

Garrett would not say whether he has had any feelers about being a head coach again.

NO MORE BOISE BANTER
Dallas offensive coordinator Kellen Moore ended his pursuit of the head coach opening at his alma mater, Boise State, the night before the game. The Cowboys signed their play-caller to a multiyear extension.

The Boise job came open when Bryan Harsin took the Auburn job. Moore left there in 2011 as the winningest quarterback in college football history at 50-3. Moore is in his second year calling plays after a season as Dallas QBs coach immediately following his retirement as a player.

"I love Boise State. I will always root for them, and I hope one day to be a part of the program again," Moore said. "We are building something special here in Dallas. I am excited for us to put it all together and finish the job."

BIG-TIME BACKUPS
Two of the most dynamic players in football have missed most of the season.

The Giants have been without running back Saquon Barkley (ACL) since the second game of the season. Wayne Gallman has stepped in and leads the team with 617 yards rushing. He has also run for six TDs.

Dalton, who was signed in May after being released by the Bengals, has posted a 4-4 record since Prescott was hurt. He has thrown for 1,926 yards, 14 touchdowns and seven interceptions.