Her back-loaded, point-gobbling programs and seemingly unbreakable teenage nerve earned the Olympic Athletes from Russia team its first gold medal of these Games

This was supposed to be Yevgenia Medvedeva’s Olympics.

This turned out to be Alina Zagitova’s Olympics.

No Relief: Orioles Score Late Off Rangers Pen in 6-1 Victory 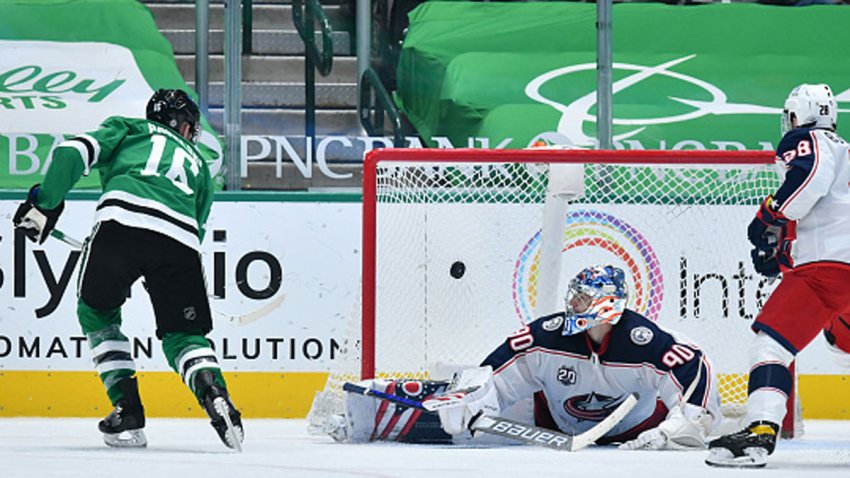 The teen’s reaction: A slight shrug and the faintest of smiles, all while holding a Cabbage Patch-like doll backstage on the leaders’ couches.

Can you imagine? Olympic champion at 15.

Figure skating moves fast – faster than it ever has before – both on the ice and off of it in its present form. For the last three seasons, it has been Medvedeva, now 18, who has been hands down the best female skater in the world. She’s won the last two world championships and – until last month – hadn’t lost at any competition she’d skated in since the fall of 2015. Thirteen straight wins.

Then? Then came Zagitova. Her 15-year-old countrywoman who can do five triples jumps in a row (exhibited on the day before the ladies’ free skate on Olympic ice) and seems as unflappable as the tutu she wore, one with a hardened, sturdy brim and almost looks to be sharp to the touch.

No one could touch Zagitova on this day. Already skating a controversial program because of her planned jumps after the two-minute mark (a free skate is usually a bit over four minutes in total), Zagitova did five triple jumps in a 40-second span, including a triple-triple combination that could have sealed the gold itself, seeing as she and Medvedeva tied in the free skate and her overall margin was just a fraction of their totals, 1.31 points (239.57 to 238.36).

It’s the first time since that aforementioned Nagano Olympics 20 years ago that two skaters from the same country have gone 1-2 in the women’s event. Back then, it was Lipinski beating out the odds-on favorite, Michelle Kwan.

Though Lipinski was much more established than Zagitova then as reigning world junior champion. At worlds last year? Zagitova won… the junior title. Still, her strategy was buoyed by her magnificent skating off the back of a momentum-building season: She didn’t lose this year, basically having the kind of run that Medvedeva had in the last two years.

Except hers is punctuated by Olympic gold.

Her answers at the podium press conference were as concise as her movements on the ice: “I was very nervous during the short program,” she said. “I needed to show my maximum, my clean routine. … You never know how you’re going to perform.”

While the OAR (and the greater Russian figure skating juggernaut) can bask in this 1-2 punch in the ladies’ event, it was a vastly frustrating one for the U.S. women. Bradie Tennell and Mirai Nagasu seemed to save their best stuff for the team event two weeks ago when they helped the Americans to a bronze-medal finish. They, along with Karen Chen, were clunky and error-laden in both the short and the long programs. In fact, it was the worst outing by U.S. ladies at the Olympics ever, with none of them finishing inside the top eight.

But sandwiched between the OAR skaters and the Americans were inspiring skates – and stories. Kaetlyn Osmond, perhaps the most complete and athletic skater in the world, fought off an annoying case of the yips to put out a magnificent free skate after Zagitova and before Medvedeva. She would finish third.

“I went back to my training,” Osmond said about her approach to the free skate, a program that has been troublesome for her this season. “I went back to the way that I feel at home. That’s how I felt at the beginning moments of the (free skate) and I kept that feeling throughout.”

Japan’s two refreshing and beautiful skaters Satoko Miyahara and Kaori Sakamoto were fourth and sixth, respectively, while Carolina Kostner, a former world champion and the 2014 Olympic bronze medalist, finished fifth. Kostner – at 31 – is twice the age of Zagitova.

There are few like Kostner around in this sport, as it – like I mentioned prior – moves with more whirring pace than a layback spin. Careers are more about the right place and the right time, the right performance with the right plan. Zagitova earned her win, but it’s still close to unfathomable that she did what she did in a flash.

“I did everything I could,” Medvedeva appeared to say to Eteri Tutberidze, the famed coach who works with both her and Zagitova, at the Kiss and Cry after her scores came in. But what she did was not enough. The queen of figure skating is now 15 – and hasn’t even skated in a senior-level world championship yet.

Medvedeva had a hard time explaining her emotions when she finished her free skate on the ice, her hands coming to her face, overcome with the feeling of…

“This was just emotion coming out,” she told reporters. “This kind of (thing) happened to me for the very first time. I covered my face because it was very strange to me. I cannot explain my emotions in that moment. I had completely different feelings. It’s a kind of pressure that was there for a long time, and the emotions just came pouring out.”

Teammates, training partners and self-proclaimed friends, it’s now only Zagitova who is an Olympic champion. Will either be around in four years? (Is it now that I mention Adelina Sotnikova, the 2014 Olympic champion?) That’s hard to say.

But the moment belonged to Zagitova. And – at the Olympics, and in today’s landscape of ladies’ figure skating – that’s all that really matters.