Aggies Drop Out of Gator Bowl Due to COVID-19 Outbreak

The bowl game was to be played on New Year's Eve; Gator Bowl may look for a new opponent for Wake Forest

Texas A&M will not play in the New Year's Eve Gator Bowl due to an outbreak of COVID-19 that has left the Aggies without enough available players.

"It is unfortunate, but we just don't have enough scholarship players available to field a team," Aggie head football coach said in a report by 12thMan.com.

The TaxSlayer Gator Bowl was expected to be played at 10 a.m. between No. 20 Wake Forest and No. 23 TAMU in Jacksonville, Florida. With just nine days before kick-off, finding a replacement opponent could be a tough job for the Gator Bowl unless another bowl has a team dropout due to COVID-19.

SI's Ross Dellinger, who broke the news Wednesday, said the Aggies are down to 42 scholarship players and that four of those are kickers) - 13 below the SEC’s 2020 minimum to play a game.

Dellinger said because they didn't play in the game the Aggies will not receive the $5.35 million Gator Bowl payout.

On Saturday, our partners at DallasNews.com reported Texas A&M paused football operations and bowl preparations due to a COVID-19 outbreak within the program.

"It is heartbreaking for our players, coaches, staff, and fans that we are not able to play in the TaxSlayer Gator Bowl," Texas A&M Director of Athletics Ross Bjork said. "Post-season football is the pinnacle of the season and when the opportunity is lost, it hurts on many levels."

The premature end to the 2021 season means the Aggies finish with an 8-4 record and no bowl payout. 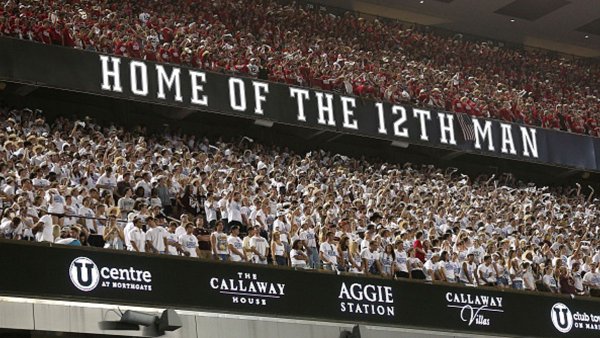