Young voters gravitating to oldest guy in the field

A 76-year-old Texas great-grandfather who gives eye-glazing speeches on monetary policy, displays a crotchety streak and disappears from the Republican campaign trail for days at a time to rest is captivating young voters.

Nearly half of all voters younger than 30 went for Paul in the first two states to vote, helping to propel him to a second-place finish in the New Hampshire primary and third place in Iowa's leadoff caucuses. 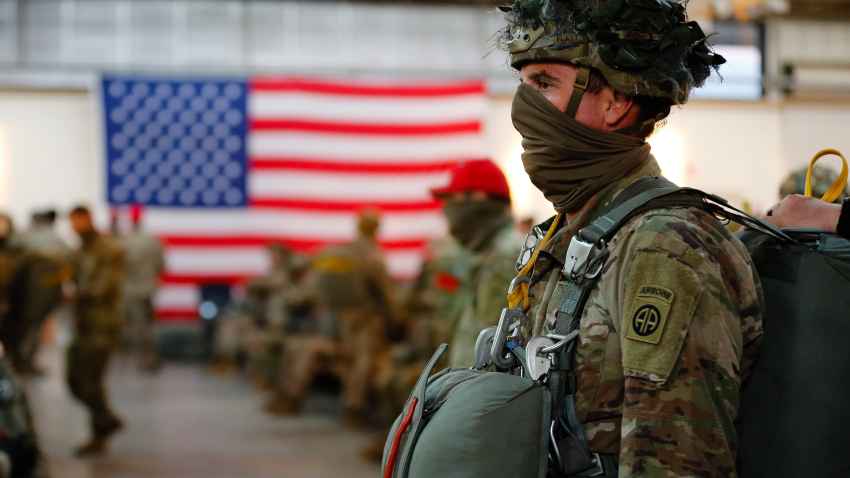 Why would young people gravitate to the oldest guy in the field?

"Freedom is a young idea," said Eddie Clearwater, a 22-year-old Des Moines photographer who attended a Ron Paul party in Ankeny, Iowa, earlier this month. "All of his policies are such a good, radical change. It's what we need."

Paul's campaign events are charged with an energy that any politician would love, attracting an eclectic band of youthful activists ranging from preppy college students to blue collar workers to artists sporting piercings and dreadlocks. At his party after the New Hampshire primary, there were spontaneous chants of "Ron Paul Revolution! Give us back our Constitution" and "President Paul! President Paul!"

A tickled Paul told the cheering crowd: "Freedom is a wonderful idea, and that's why I get so excited. But I really get excited when I see young people saying it."

"We are dangerous to the status quo of this country," said Paul, who seems to relish making political mischief and has taken on the role of a feisty attacker in some of the GOP debates.

While Paul is unlikely to win the GOP nomination and young voters make up a relatively small slice of the electorate -- 12 percent in the New Hampshire primary and 15 percent in the Iowa caucuses -- their lopsided support has made Paul a force to be reckoned with in the 2012 campaign. And it could prompt a more serious consideration of his views by Republicans and Democrats alike.

"Ron Paul is bringing unorthodox ideas to the marketplace that don't fit with the conventional pillars of either political party," said Matthew Segal of OurTime.org, a nonpartisan group that promotes political participation among young people. "And because young people today are a uniquely independent-minded generation, he's resonating with them."

According to polling-place interviews conducted for The Associated Press and the television networks, 53 percent of under-30 voters in New Hampshire and 35 percent in Iowa identified as independents or something else. They are not establishment Republicans and not as supportive of the tea party movement as their elders.

Paul's critics sometimes poke fun at his popularity with that age group, suggesting they are mainly attracted to his anti-war message and support for liberalizing drug laws, which are both far outside the Republican mainstream.

But the stereotypes belie the reality facing young people.

Polling-place interviews in New Hampshire and Iowa found younger voters in both states were just as likely as older voters to cite the economy as their top concern. Paul won among younger voters who said the economy is the most important issue. Overall, he drew 46 percent of under-30 voters in New Hampshire, beating front-runner Mitt Romney by a full 20 percentage points in that age group. In Iowa, he got 48 percent of the youth vote, 12 points higher than top-two-finishers Romney and Rick Santorum combined.

In interviews, Paul's young supporters say they fear a bleak future of joblessness, steep college loan payments, pandering politicians and a government made sluggish by debt. Paul's pledge to adhere to the Constitution and shrink government appeals to many young voters looking to get back to basics, as does his promise to focus on problems at home.

"We're in such a crisis right now we should focus on us, not choose which country we aid and which country we invade next," said Nick Wright, a 23-year old volunteer at a Paul campaign event in Meredith, N.H.

"A lot of us are graduating with a lot of college debt, and we can't pay for it unless we get jobs," the 18-year old said.

Many of Paul's younger supporters say they believe the government is overly intrusive and encroaching on civil liberties. They like his pledge to overturn the Patriot Act, which Congress passed in the wake of the Sept. 11, 2001, terror attacks to allow law enforcement greater access to people's email, telephone and other records.

The heavily wired generation of younger voters also responds to Paul's warning that the federal government is poised to limit Internet privacy. He often rails against a bill pending in Congress called SOPA, the Stop Online Privacy Act, that Paul insists would allow the government to snoop on people's Internet searches.

"They want to take over the Internet," Paul said to boos at a campaign stop in Iowa. "Can you imagine how much we're going to be curtailed in the spreading of our information if we lose the Internet?

Paul does part ways with younger voters on some issues. He opposes abortion rights, even as polls show that a majority of young people support a woman's right to have an abortion. He says the subject of gay marriage should be left to the states. Polls show young people strongly support same sex marriage, much more so than older voters.

While he might not share their views on these issues, his libertarianism means he's not trying to outlaw them.

After the presidential race shifted to South Carolina this week, Paul decamped to Texas for a few days of rest. His young supporters say age matters little to them. His message, they say, is what matters.

President Barack Obama "should be the poster child for why you shouldn't vote for someone for their age or because they look presidential," said Anthony Mazaka, a 27-year-old architect who voted for Paul in New Hampshire. "People have to realize Obama isn't the president he said he was going to be."

Obama won 66 percent of young voters in 2008 and is working hard to reclaim them. But Obama's popularity has dipped with young voters, as it has with many other groups amid a weak economy and persistent high unemployment.

Paul's young supporters may choose not to back either Obama or the Republican primary victor. And Paul hasn't ruled out a third party candidacy, which could keep many young voters in his camp.

"Any political operative in either party would be stupid to ignore Ron Paul's appeal," Segal said.