With O'Rourke Not Running for Senate, Many Don't Know Who Is

It's finally official: Beto O'Rourke isn't running for Senate in Texas. The problem for Democrats is most voters don't know who is.

Unusually high hopes among Democrats for Texas in 2020 are facing an unsettled post-Betomania landscape: a dozen Senate challengers and no clear frontrunner. None have landed viral moments or raised big money. Months into their campaigns, most candidates remain widely unknown, and even party faithful struggle to name more than few of their options against Republican incumbent John Cornyn.

Nationally, Democrats see winning Texas as an essential step toward finally taking and keeping control of the Senate, but in 2020 the party's chances instead may depend on races in Arizona, Colorado and Maine.

As always, victory statewide here seems to be a cycle away for Democrats, never the one they're in. This despite a demographic boost from the state's growing Latino population, big cities that are already solidly blue and the GOP's firewall in the booming suburbs weakening under President Donald Trump. For Democrats, the best prospects may be finally winning control of the state House and turning a few longstanding GOP congressional districts into real battlegrounds. 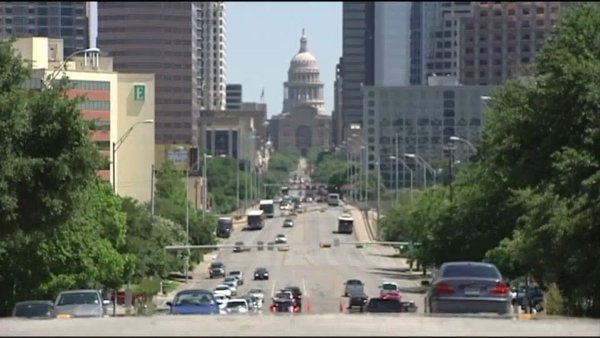 In the Senate race, "They're not running as strong as Beto did," said Anjelita Cadena, the Democratic chairwoman of Denton County, a suburban GOP stronghold that is quickly turning competitive. "They're going to have to run strong campaigns because everybody is going to compare them to what Beto did last time."

Texas isn't alone. In Georgia, where the GOP also got a scare in 2018, Democrats are also sorting out their candidates. The campaign arm of Senate Democrats haven't made endorsements in either state or weighed in on the field.

It's nothing like a year ago, when college activist Trevor Newman wrangled long lines of classmates at Texas State University to rally with O'Rourke, the charismatic congressman from El Paso. O'Rourke's livestreaming, barnstorming campaign across all 254 counties went on to narrowly lose to Republican Sen. Ted Cruz and change overnight what Democrats thought could actually happen in ruby-red Texas.

Now Newman was spending the first weekend of December in a white-walled classroom with a handful of Hays County Democrats. They were gathered to meet Royce West, a state senator and Senate candidate, who carries the longest list of legislative endorsements. Store-bought Christmas cookies sat at the front. West's first crack at firing up the room flopped when he asked whether the fast-growing suburban county outside Austin - which O'Rourke flipped to Democrats for the first time since 1992 - was ready to turn blue.

"We already did!" several shouted back.

Outside, in the parking lot, four cars still had "Beto for Senate" stickers on the bumpers and windows.

"It's very frightening to see someone as successful as Beto coming into the picture, getting so close to winning, and then we're in 2020 and we have another Senate cycle, but no one is getting the energy because there is so many candidates," said Newman, 22, who is now president of the college Democrats at Texas State.

O'Rourke, who spent the last two years as Texas Democrats' brightest star and biggest draw, stayed out of sight during Monday's deadline to get on the 2020 ballot in Texas. He insisted throughout his failed bid for president that he wouldn't run again for Senate, but party leaders hoped he would change his mind.

It's not clear whether he will back a candidate before the Texas' primary in March. For now he has thrown his weight behind trying to help flip the Texas House, where Democrats need nine seats to take over for the first time in a generation.

Some Republicans are also puzzled. Brendan Steinhauser, who ran Cornyn's last reelection campaign in 2014, lives around liberal Austin and said he would have expected to see more yard signs or events by now.

"There's a war. It's happening," said Steinhauser, referring to GOP worries about losing important races in Texas. "It just doesn't feel like the Democrats are really optimistic about beating Cornyn."

West and other candidates say it's far too early to get alarmed about their prospects. But with or without O'Rourke, beating Cornyn was never going to be easy for Democrats. The former second-ranking Republican in the Senate is not as polarizing as Cruz, and unlike in 2018, the Texas Senate race this time is second billing to a presidential race that is unfolding during Democrats' march toward impeachment.

"I think people are preoccupied with the impeachment," West said. "That's what I think it is. I think once that is resolved, then we'll see more and more people paying attention to these races."

At this stage of his 2018 campaign against Cruz, O'Rourke had raised $3.8 million. That's about what the Democrats' five most well-known 2020 candidates have raised so far combined, and far less than the sums pouring into battleground Senate races elsewhere.

MJ Hegar, an Air Force veteran who nearly won a House seat last year and leads the Democrats' fundraising with $2 million, said Monday that she has driven more than 10000 miles (16,090 kilometers) across Texas and disputed that people weren't paying attention. "The hands I'm shaking and the eyes I'm looking into are voters getting engaged for the first time," she said.

"I think there will be eight people in the city of Austin that don't vote. Everybody's going to vote," Austin Mayor Steve Adler said of the Senate field. "But what's going to be driving it is the presidential election."