What's Next With the Supreme Court Vacancy? A Look at the Confirmation Process

The death of Supreme Court Justice Ruth Bader Ginsburg is putting the Senate in unchartered political terrain. There's no recent precedent for a confirmation vote so close to a presidential election.

President Donald Trump on Saturday urged the Republican-run Senate to consider “without delay” his upcoming nomination, even with the Nov. 3 election nearing. Democratic presidential nominee Joe Biden said there is “no doubt” the winner of that election should choose Ginsburg’s replacement.

Plans were being set in motion Saturday for a swift and highly unusual nomination and confirmation in the heart of campaign season. 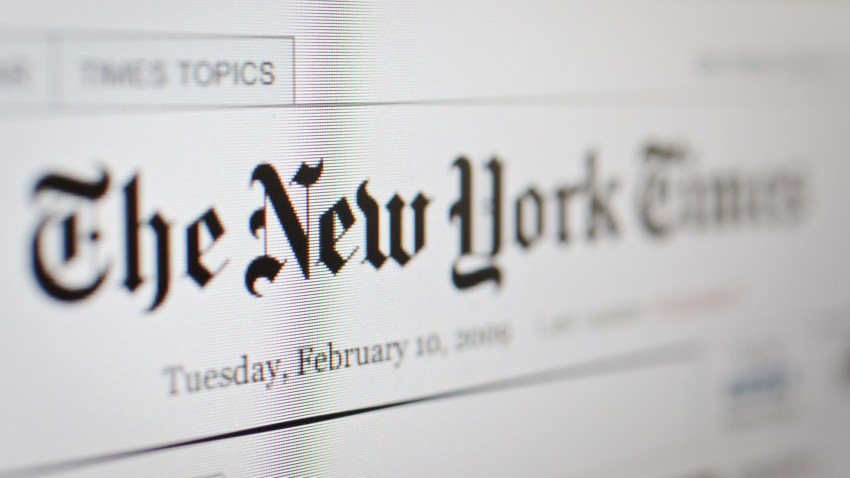 The Needle Goes Away as Probability Experts Assess 2020 Race 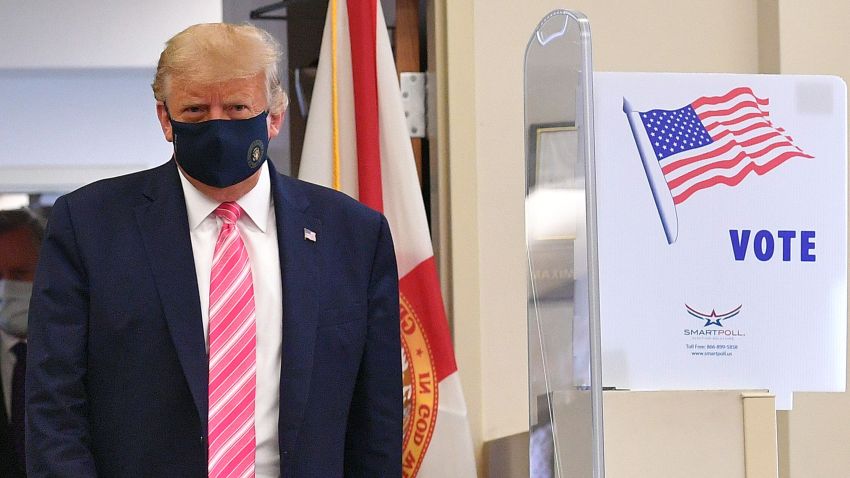 Senate Majority Leader Mitch McConnell, R-Ky., was moving ahead, vowing that Trump’s nominee "will receive a vote on the floor of the United States Senate." Democrats say it's “hypocrisy” after McConnell refused to consider then-President Barack Obama's nominee, Judge Merrick Garland, months before the 2016 election.

There's significant risk and uncertainty ahead. Early voting is underway in some states in the races for the White House and control of Congress.

A look at the confirmation process and what we know and don't know about what's to come:

CAN THE SENATE FILL THE SEAT BEFORE THE ELECTION?

Yes, but it would require a breakneck pace. Supreme Court nominations have taken around 70 days to move through the Senate, and the last, for Brett Kavanaugh, took longer. The election is 45 days away. Yet there are no set rules for how long the process should take once Trump announces his pick, which could come in a matter of days. Some nominations have moved more quickly. It will come down to politics and vote tallies.

WHAT DOES IT TAKE TO CONFIRM A NOMINEE?

Only a majority. Republicans control the Senate by a 53-47 margin, meaning they could lose up to three votes and still confirm a justice, if Vice President Mike Pence were to break a 50-50 tie.

Supreme Court nominations used to need 60 votes for confirmation if any senator objected, but McConnell changed Senate rules in 2017 to allow the confirmation of justices with 51 votes. He did so as Democrats threatened to filibuster Trump’s first nominee, Justice Neil Gorsuch.

HOW DOES THE PRESIDENTIAL CAMPAIGN FACTOR IN?

Republicans are defending 25 of the 38 seats that are on the ballot this year, and many of their vulnerable members have been eager to end the fall session and return home to the campaign trail. The Senate is scheduled to recess in mid-October, though that schedule could change.

Still, many of the most vulnerable senators may be hesitant to vote on a nominee before facing voters in November, and their views could ultimately determine the timeline for action. Others may want to campaign on their eventual vote. McConnell himself is among those up for reelection this year.

By Saturday, several key GOP senators including Martha McSally in Arizona, Kelly Loeffler in Georgia and Thom Tillis in North Carolina had quickly linked themselves to Trump, calling for swift voting. Sen. Susan Collins of Maine took the opposite approach, objecting to a Senate vote before Nov. 3 saying “in fairness to the American people” the president who is elected should decide. All face stiff challenges in November.

CAN THE SENATE FILL THE VACANCY AFTER THE ELECTION?

Yes. Republicans could vote on Trump's nominee in what's known as the lame-duck session that takes place after the November election and before the next Congress takes office on Jan. 3. No matter what happens in this year's election, Republicans are still expected be in charge of the Senate during that period.

The Senate would have until Jan. 20, the date of the presidential inauguration, to act on Trump’s nominee. If Trump were reelected and his pick had not been confirmed by the inauguration, he could renominate his pick as soon as his second term began.

HOW DOES THE PROCESS WORK?

When a vacancy occurs on the Supreme Court, the president is given authority under the Constitution to nominate someone to fill it. It is up to the Senate Judiciary Committee to vet the nominee and hold confirmation hearings. Once the committee approves the nomination, it goes to the Senate floor for a final confirmation vote. This process passes through several time-consuming steps. Traditionally senators want to meet and assess the nominee themselves, which requires weeks of meetings around the Capitol.

And that’s all assuming the process goes smoothly. In 2018, Kavanaugh’s confirmation fight took weeks longer than expected after Christine Blasey Ford accused him of sexually assaulting her when they were teens. Kavanaugh denied the accusation and was confirmed by the Senate in a 51-49 vote.

The Senate Judiciary Committee chairman, GOP Sen. Lindsey Graham of South Carolina, who faces his own tough reelection contest, joined those now calling for swift voting. He tweeted that he will support Trump “in any effort to move forward.”

DIDN’T MCCONNELL SAY IN 2016 THAT THE SENATE SHOULDN’T HOLD SUPREME COURT VOTES IN AN ELECTION YEAR?

He did. McConnell stunned Washington in the hours after the death of Justice Antonin Scalia in February 2016 when he announced the Senate would not vote on then-President Barack Obama’s potential nominee because the voters should have their say by electing the next president.

McConnell’s strategy paid off, royally, for his party. Obama nominated Judge Merrick Garland to fill the seat, but he never received a hearing or a vote. Soon after his inauguration, Trump nominated Gorsuch to fill Scalia’s seat.

On Friday, four years later, McConnell said the Senate will vote on Trump’s nominee, even though it’s weeks, not months before an election.

McConnell says it’s different because the Senate and the presidency are held by the same party, which was not the case when a vacancy opened under Obama in 2016. Democrats say this reasoning is laughable and say the vacancy should be kept open until after the inauguration.

Certainly politics are different now, with the country in the grips of a deadly pandemic. The U.S. Congress has not been operating partly remotely to avoid spreading the virus.

Democrats and advocacy groups wasted no time unearthing past statements from other GOP senators in 2016 saying the Senate must wait to confirm until after the election.

Absent a robust legislative agenda, the court battles have become a focal point for McConnell, fulfilling a longstanding conservative priority. He is building his legacy on confirming conservative judicial nominees. On his watch, the Senate has confirmed more than 200 judges for federal appellate and district courts.

WHO ARE THE SENATORS TO WATCH?

With the slim 53-seat majority in the Senate, the Republicans have few votes to spare. Republicans Susan Collins of Maine, Lisa Murkowski of Alaska, Mitt Romney of Utah and others will be among those senators to watch.

It’s not just the qualifications of Trump’s nominee but the political calculation of a vote so linked to an election that could shape their position. Collins is in a tight race for her own reelection in Maine, and she and Murkowski have long been watched for their support of a woman’s right to an abortion under Roe vs. Wade.

Murkowski and Romney have been critical of Trump and protective of the institution of the Senate.

Others facing close reelection contests in their states, including Sen. Cory Gardner of Colorado, will surely face pressure not to vote ahead of the election or in its immediate aftermath, especially if they were to lose their seats. In Arizona, the winner of the race between McSally and the Democratic nominee, former astronaut Mark Kelly, could be seated within weeks after the election under state rules, further complicating the outcome.