The Body Politics of Debates

It's not just what they say.

The image of Mitt Romney laying a hand on Rick Perry's shoulder in Tuesday night's Republican presidential debate may well be remembered long after people have forgotten what the two were squabbling over.

"That definitely did jump out," says Alan Schroeder, a Northeastern University professor and expert on presidential debates. "That particular gesture did not look hostile, but it was a little condescending."

Body language speaks volumes in televised debates. Classic moments from debates past often had more to do with what the candidates did -- or didn't do -- than what they said. 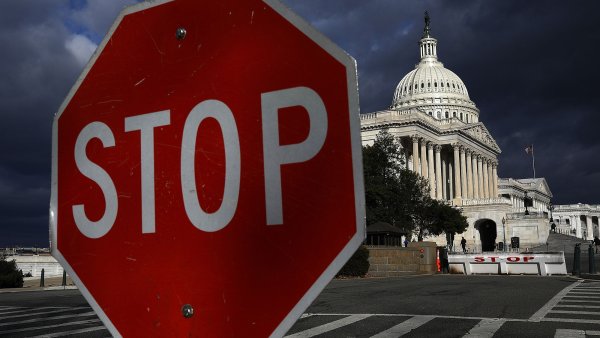 President George H.W. Bush's words to Democrat Bill Clinton and independent Ross Perot in a 1992 debate are long forgotten. The fact that cameras caught the president checking his watch wasn't. It suggested to viewers that Bush was bored and wished he were someplace else.

Eight years later, Democrat Al Gore's audible sighs in the first debate of the 2000 campaign were seen as discourteous to George W. Bush. And in another faceoff, the vice president invaded Bush's personal space by approaching the Texas governor on stage.

Gore wanted to throw Bush off-stride; instead he came across as overbearing.

In the 2004 campaign, Bush's facial gestures -- interpreted by many as a smirk -- drew negative comments in his first debate with Democratic Sen. John Kerry. Bush came off as cocky.

By the second debate, Bush was keenly aware that his demeanor mattered as much as his words.

"That answer almost made me want to scowl," he joked at one point.

In the 2008 campaign, Republican Sen. John McCain's grimaces during his debates with Barack Obama fed into the image of a grumpy old man. And his refusal to make eye contact with Obama in the first debate was considered rude by some viewers.

It's not just presidential candidates who have been tripped up when trying to calibrate how to look like they're in command at a debate without coming on too strong.

Republican Rep. Rick Lazio turned off viewers in 2000 when he strode across the stage to push Hillary Clinton to sign a campaign finance pledge in their New York Senate race. People thought he looked like a bully.

In Tuesday's GOP debate in Las Vegas, Romney reached over and put his hand on Perry's shoulder after the Texas governor accused Romney of reaching "the height of hypocrisy" for talking tough on immigration when he'd hired a landscaping company that employed illegal immigrants to do work at his home.

Romney forced out a loud laugh and rejected the charge as untrue. But the former Massachusetts governor was clearly perturbed when Perry kept cutting in and drowned out his explanation.

Both campaigns sought to cast the dust-up in the best light for their candidates.

Romney adviser Ron Kaufman said Perry "came across as mean, petulant and nasty" and that Romney, through word and gesture, "put him in his place."

Perry spokesman Ray Sullivan said the Texas governor's interruptions had simply been "Rick Perry in his approach, and that was a good thing for us."

Schroeder said it's not clear how Romney's gesture went over with viewers, but "in general it is a bad idea to touch another debater on the stage."

"It looked to me like Romney was rattled by Perry's aggressiveness and that was unusual, because normally he is unflappable," Schroeder said.