Last week was the deadliest of the pandemic for Texas

A U.S. Senate primary race in Texas overshadowed by an alarming resurgence of the coronavirus came down to a runoff Tuesday between two Democrats trying to seize on what their party sees as a new opening in America's biggest red state.

Wearing masks and trying to keep their distance, voters headed out to polls in blazing 100-degree afternoon heat and at a moment when Republican Gov. Greg Abbott is urging the public to stay home as Texas struggles to contain one of the worst coronavirus outbreaks in the country.

Abbott, who has warned that the infection numbers will likely get even worse, did not include polling places under a recent statewide mask order, and unlike many states, Texas has fought efforts to expand mail-in balloting during the pandemic. On Tuesday, Texas reported a record 10,745 confirmed new cases in a single day and 87 new deaths. The rate of positive cases also climbed to nearly 17% -- also a new high.

Polling Location: Not sure where to vote? You can find your polling place here.
Election Results: See a listing of runoff races for Tuesday, July 14 here. After 7 p.m., return to see the race results.

Runoff elections in Texas are typically low turnout in most years, and by Tuesday afternoon, elections officials reported few cases of long lines in the state's largest counties. The wait was about 15 minutes at the Houston Metropolitan Multi-Service Center in the city's posh River Oaks neighborhood, where Christina Falugi said she felt safe wearing a mask and seeing poll workers try to enforce social distancing.

"It's the best we can do to make our voices heard in this weird time," she said. But, she added, "it does make me concerned for other elections in a pandemic."

Fears over the coronavirus kept some poll workers home, forcing San Antonio to open fewer polling places than originally planned, and the city's top election official suggested the virus and the heat were playing a role. "This is a particularly challenging Election Day," Bexar County Elections Administrator Jacque Callanen said in a statement.

More than 1 million ballots were cast in early voting -- higher than most primary runoffs in recent years but only a fraction of the state's 16 million registered voters. 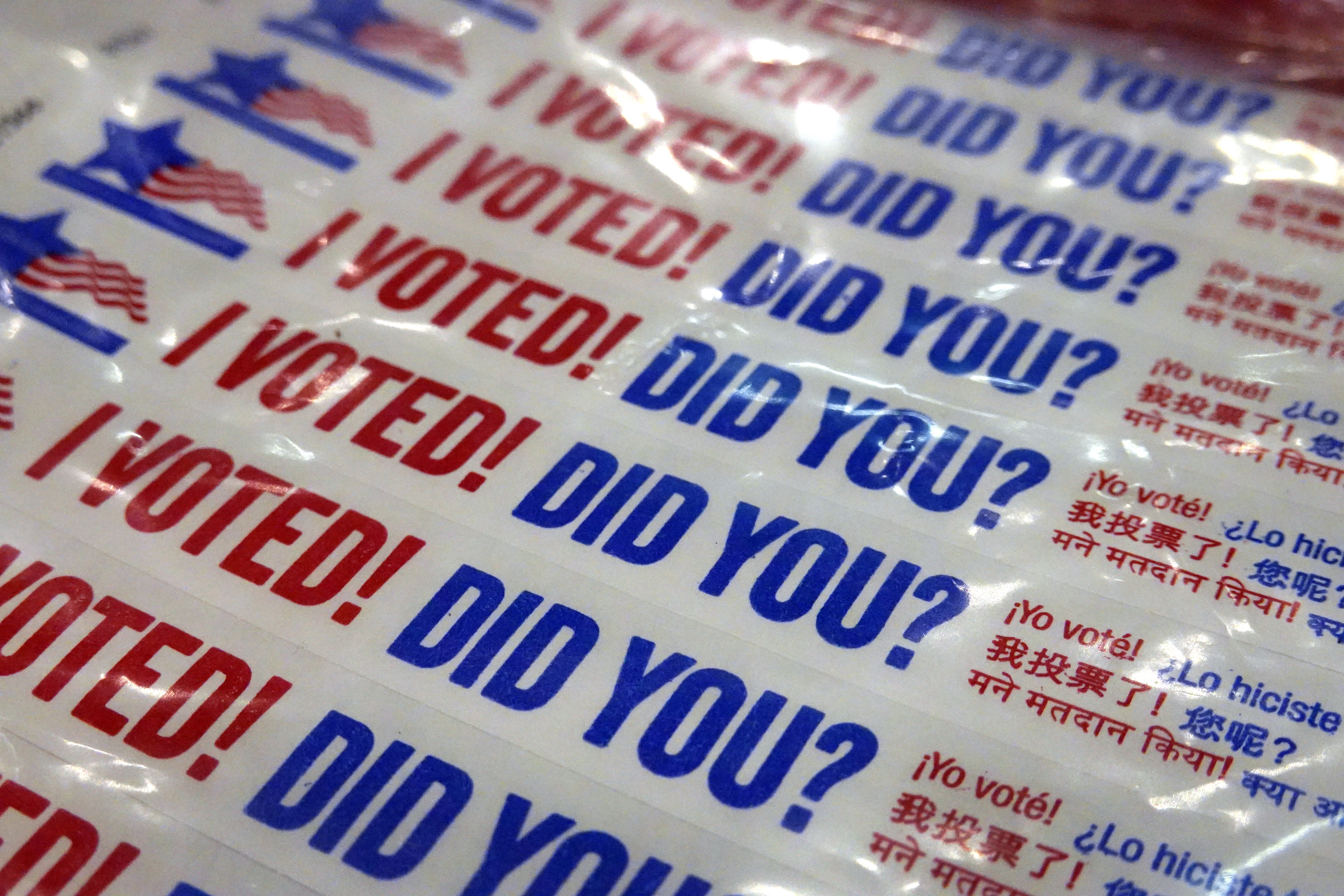 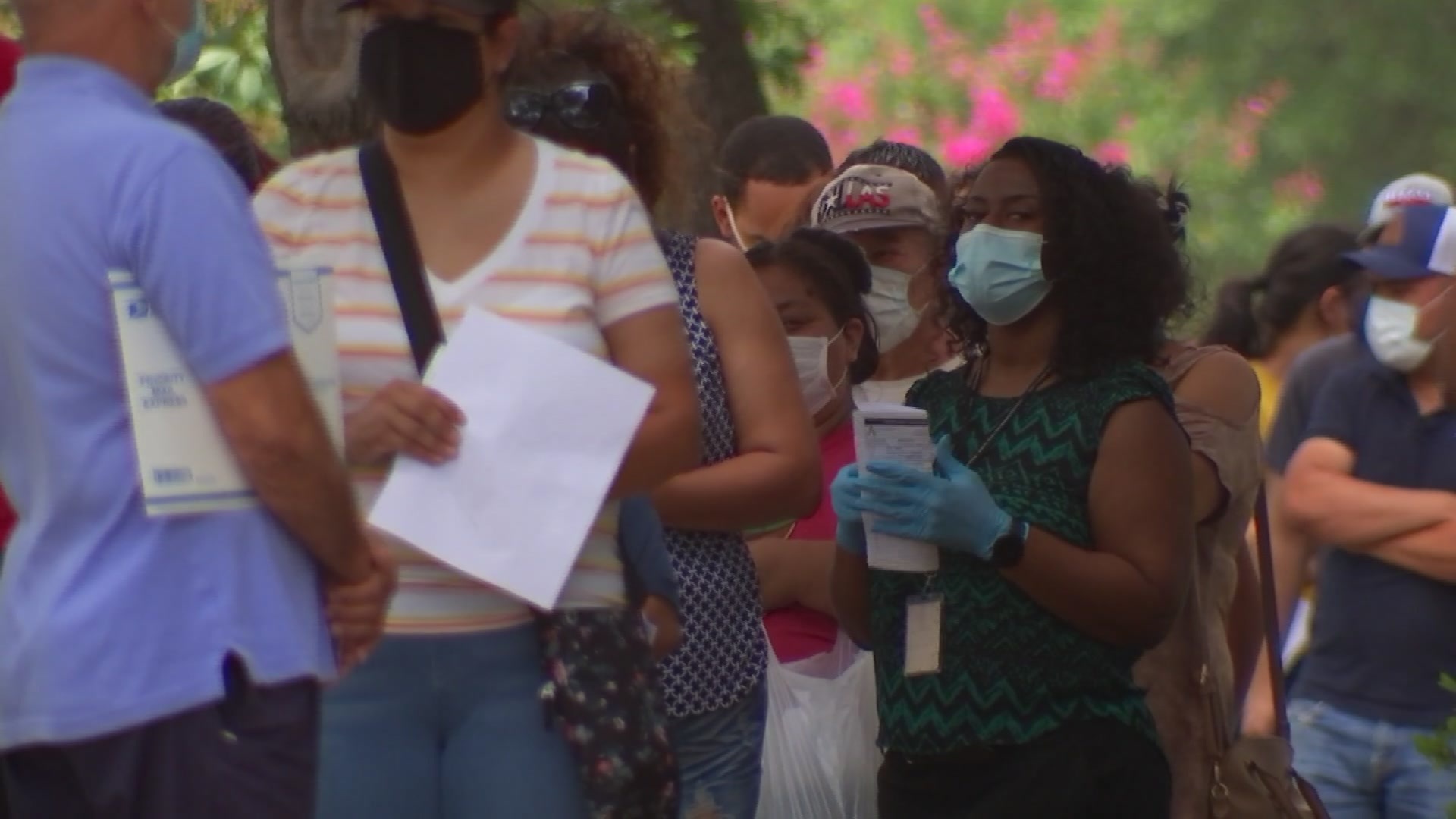 The election will settle primary battles that include President Donald Trump's former doctor, Ronny Jackson, trying to win the Republican nomination for a rural congressional seat. But the biggest race is who Democrats will pick as their Senate nominee to face Republican incumbent John Cornyn -- who isn't as threatened as several GOP senators in battleground states but is confronting new signs of vulnerability in rapidly changing Texas.

The Senate runoff is between Air Force veteran MJ Hegar, who narrowly lost a race for a House seat in 2018, and state Sen. Royce West, who if he wins would become Texas' first Black U.S. senator. That leaves for Democrats a choice over whether their best bet for an upset is the top vote-getter in the March primary who is backed by Senate Democrats' campaign arm, or a historic nominee in West, who has racked up endorsements from his former rivals in the race and Texas lawmakers.

For now, both remain underdogs against Cornyn, a three-term Senate veteran who has a hefty stockpile of campaign dollars. But the race is still the biggest reelection test of his career as Trump's sagging poll numbers stir GOP anxiety, two years after Republican Sen. Ted Cruz only narrowly held onto to his own seat in Texas.

Also on the ballot Tuesday is former Republican U.S. Rep. Pete Sessions, who was ousted from his longtime Dallas district in 2018. He is trying to return to Washington by running for a rural seat in Waco. His challenger, Renee Swan, has the backing of the retiring incumbent, Rep. Bill Flores, who has criticized his former colleague in Congress for abruptly switching to a more GOP-friendly district to run.

The runoff was originally scheduled for May. But like many governors, Abbott in March pushed back the date as the virus began to take hold across the country, saying at the time that sticking to the original date "would threaten the health and safety of many."

But the public health crisis in Texas is now much more dire. Hospitalizations are now doubling every two weeks and infection rates have soared in the aftermath of Abbott embarking on what had been one of the most aggressive reopenings in America.

"Texas has established itself as one of the most hostile states in the nation when it comes to acknowledging the effect of the pandemic on the election," said Kristen Clarke, president and executive director of the Lawyers' Committee for Civil Rights Under Law.

Associated Press reporters John L. Mone in Houston and Christina A. Cassidy in Atlanta contributed to this report.