NASHVILLE, Tenn. - For black residents of a city that was once a Confederate capital, a town that let go of racial segregation reluctantly and belatedly, seeing Sen. Barack Obama within hours of possibly winning the White House is a tremendous milestone. But even as the African-American community cheers what it considers progress towards a colorblind America, history has inculcated caution.

“I don't even know if I can put it into words how significant it is,” said Tammy Baker, a 41-year old professional and single mom. “… It's huge — and it's scary at the same time.”

It is huge, according to Baker and other African-Americans that msnbc.com spoke to in Nashville, not because Obama is black, but because he is a viable candidate whose skin color doesn’t appear to be an obstacle to his success. And it is scary, because they know all too well that virulent forms of bigotry linger. Underscoring their fears this week, Tennessee police arrested two white skinheads whom they said were plotting a killing spree of blacks — a plan the men said was to culminate in the assassination of Obama.

“There's still that racist side that instills a lot of fear into people's hearts — that at the same time he may be elected he also may be assassinated,” said Baker. “So it's kind of a double-edged sword — excitement mixed with fear.”

The promise and perhaps also the perils of the Obama candidacy have reinvigorated the political process in the African-American community in this city of about half a million people — which is about 65 percent white and 25 percent black. Early voting turnout has been robust in Nashville, an Obama-leaning city in a state that expected to tip to McCain.

Biden to Warn Putin of Economic Pain If He Invades Ukraine 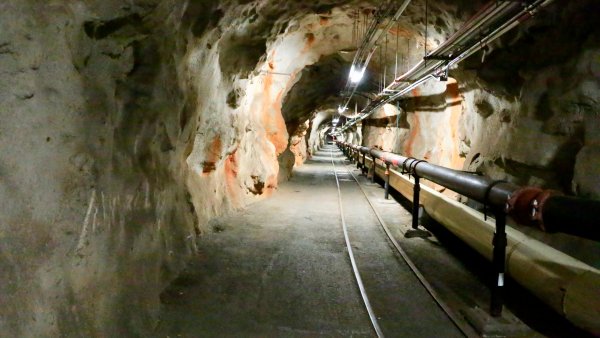 Politics now a family affair
Baker already has voted — as she always does — but this time she is following the presidential race in great detail. And the divorced mother of two made sure that her 17- and 19 year-old daughters sat down with her to watch the debates. Baker and her friends maintain a lively debate of their own via phone, text messaging and e-mail. And she frequently visits the Web site Factcheck.org in an effort to determine how much the candidates are twisting the truth.

Baker said the historic nature of Obama’s candidacy is the main reason she has been riveted to the election process. She said she voted for him, but not because of his race. She said she initially favored Sen. Hillary Clinton among Democrats, but changed course when the Clinton campaign turned negative. Republican John McCain dropped out of consideration when he chose Alaska Gov. Sarah Palin as his running mate, she said.

“I’m migrating toward Obama because he seems to be a man of his word,” said Baker. “I'm hoping that … he’s actually going to do something about the economy, the working poor.”

Whether he wins or loses, it has been thrilling to get involved and see her daughters take a keen interest in politics for the first time, Baker said.

“It’s been the absolute best because we're discussing it,” she said. “I don't think I ever took the time out to discuss elections before.”

Florence Woods, 62, is effusive about Obama’s politics and what she considers the positive tenor of his campaign. But whatever the outcome, the retired teacher said she sees his candidacy as an important change in American politics. A foot soldier for Jesse Jackson’s campaigns in the 1980s, Woods has been electrified by seeing an African-American with appeal broad enough to win the Democratic nomination.

Woods has jumped back into politics this year with a personal get-out-the-vote drive. She carries voter registration forms around in her car, and pulls them out wherever she finds potential voters — at Burger King, her church or the gas station. A few weeks ago, she registered her 103-year-old grandmother to vote for the first time.

Many middle-class African-Americans in Nashville live in the northwest suburb of Bordeaux, where tidy brick homes line streets on gently rolling hills. Many working class and poor blacks live along Jefferson Street, a wide thoroughfare that cuts through north Nashville and is lined with hair salons, restaurants and check cashing outlets.

For Monica Hayworth, a hair stylist at Chic International salon on Jefferson Street, the Illinois senator’s candidacy was enough to get her back to the polling booth for the first time in a decade. Hayworth, 37, went on the first day of early voting with her 20-year-old son, who was voting for the first time.

Seeing Obama within reach of the White House, she says “gives African-Americans, especially young black men, a better outlook,” said Hayworth, who advertises a discounted haircut called the “Obama special” on a sign outside the salon. She said Obama’s ascent has inspired her son to consider a career as a police officer.

Preacher-barbecue owner still undecided
While Obama’s support appears broad among Nashville’s African-Americans, Dennis Smart, the 42-year-old  owner of  a roadside barbeque concession in the suburb of Lakewood and a preacher at an all-white church, said he is struggling with the moment.  He said he listens to customers of all races talking politics each day as they await their wings or ribs and has not yet decided who will get his vote on Election Day. He is comparing the candidates on social issues such as abortion and gay marriage, and praying for guidance.

“Some people say to me ‘You have to vote for Obama. This is history. Don’t you want to be a part of history?’”

“But Dr. Martin Luther King taught us to judge a person on the content of their character, not on the color of their skin,” said Smart. “If we vote for him because he’s black, isn’t that going backward?”

And some in the black community suggests that Obama’s success is not a signal that the racial divide in America is vanishing, but an indicator that the public has shifted priorities in light of the current economic crisis.

“I think the great divide in our country is now economic, not racial … and I think that divide has grown in the last eight years,” said Philippa Thompson, a 48-year old teacher who attends law school part-time.

“When I voted, I thought ‘this is a historical precedent,’” she said. “But… I want someone who is going to lead us out of this mess that we’re in. … There were several who could have done it. He’s the one that rose above the fray.”

‘America trying to be America’
For some community elders, though, it’s hard to be so matter-of-fact about this moment. When local civil rights leader Rev. James “Tex” Thomas went to vote last week. he regaled young black voters with his memories of paying a polling tax the first time he voted.  As a young man at the American Baptist College, he was a leading figure in the protest movement that finally ended segregation in Nashville’s eateries. He never expected to see an African American within reach of the White House.

“I never even expected to be able to eat at a Picadilly,” said Thomas, 72, referring to a popular buffet chain.

Thomas cast Obama as the latest in a line of black leaders who have, as he put it, kicked open a door for later generations — from civil rights pioneer Rosa Parks and Jesse Jackson to Secretary of State Colin Powell. But he also credits white Americans for getting past race as a defining issue.

“My time is almost up, but at least I’m able to see something happen,” he said, projecting a win for Obama nationally, though not in Tennessee. “But it’s not just Obama being president, but America trying to be America.”

But for some African-Americans, especially those who lived through the violence of the 1960s, the fear is nearly as great as the excitement. It was just down the road, in Memphis, where another charismatic black leader, Martin Luther King Jr. was assassinated in 1968.

Baker, the medical worker, said similar thoughts also have occurred to her.

“Every time I see Barack Obama in one of his campaign stops … I think ‘wow, he’s out there in the open,’ so anything can happen,” she said. “That is a fear, it just is … and if he gets elected that fear is going to be heightened.”

But as it has in the past, she said, faith has to trump fear to make way for progress:

“You know, sometimes you have to pray and let it go, and that's the bottom line.”