Trump Reverses Course on Power to ‘Reopen' States Amid Virus

President Donald Trump said Tuesday he’s open to some states "reopening" before federal social distancing guidelines expire at the end of month, as he appeared to back off his claim of absolute authority to decide when the time was right to act.

Hours after suggesting that the bipartisan concerns of governors about his assertion of power would amount to an insurrection, Trump abruptly reversed course, saying he would leave it to governors to determine the right time and manner to revive activity in their states. Trump said he would be speaking with governors, probably on Thursday, to discuss his administration's plans.

"The governors are responsible," Trump said Tuesday. "They have to take charge."

Still, he insisted, "The governors will be very, very respectful of the presidency."

Meanwhile, the Centers for Disease Control and Prevention and the Federal Emergency Management Agency have been preparing federal guidelines for states looking to resume normal operations. They were expected to be unveiled later this week.

Democratic and Republican governors had sounded the alarm after Trump asserted Monday that he and he alone would determine when and how to reopen the economy, despite clear constitutional limitations on federal powers.

Trump said Tuesday he would be authorizing governors "of each individual state to implement a reopening — and a very powerful reopening — plan of their state at a time and in a matter as most appropriate." Trump added that he would support moves by states that haven't been hit hard by the outbreak to ease restrictions even before federal guidelines on social distancing expire April 30.

Trump said the country would open up "in beautiful little pieces," adding that some states with low rates of infection "have fewer people and they have lots of room."

It’s unclear if any states are actively considering reopening their economies before May 1.

In a departure from recent tradition, Trump ended his daily briefing without turning the mic over to federal health experts, who have cautioned against moving too quickly to restart economic activity. 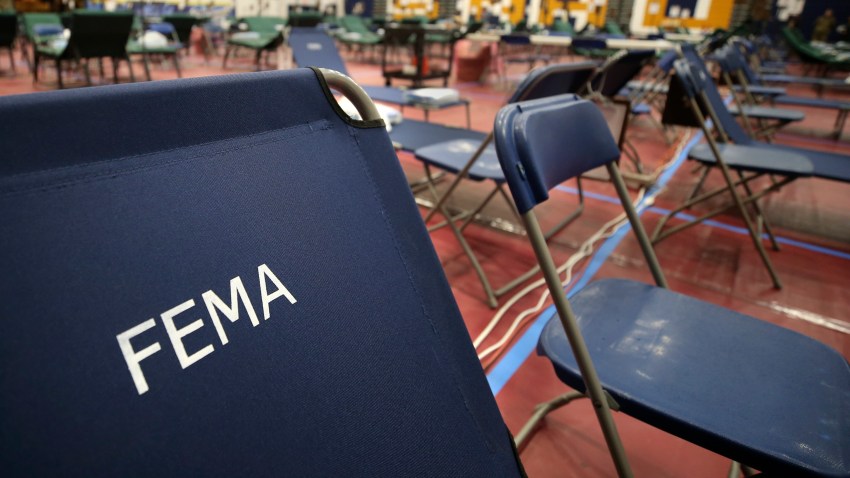 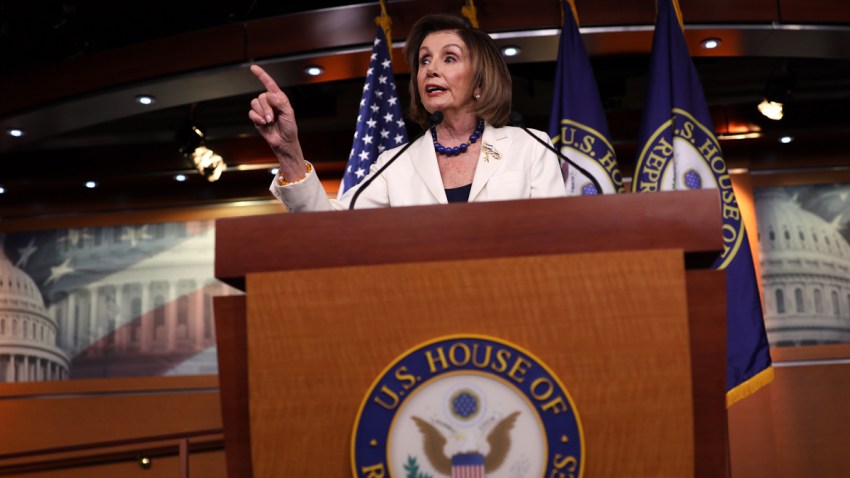 As Trump Speaks, Pelosi Warns Americans to ‘Ignore the Lies'

Dr. Anthony Fauci, the nation’s top infections diseases expert, told the AP earlier Tuesday that the country is "not there yet" when it comes to the kind of testing and contact tracing needed to begin reopening the economy. But Trump made clear Tuesday he is intent on proceeding with his plans.

Trump outlined a vision in which workers would be tested, perhaps on a weekly basis, and governors would test travelers arriving at their states’ borders. But the U.S. is nowhere near having that kind of infrastructure, with testing still largely reserved for those with serious symptoms and results taking days to learn.

The CDC has been working with other federal officials to develop detailed plans for how reopening should occur, including determining what metrics will need to be tracked and what conditions met before such steps occur. The plans include separate steps for schools, businesses and other entities, the CDC’s Dr. Anne Schuchat said. The proposals are currently under review "and being discussed every day," she added.

Schuchat said the agencies are trying to balance "the really, really dire situation of the economic impacts that we’re seeing with the terrible loss of life and harm to individuals and their families that we’ve seen when this virus gets out of control."

House Speaker Nancy Pelosi criticized Trump for trying to lift social distancing without adequate testing. "The failure to test is dangerous and deadly, and without testing, we cannot resume our lives," she said in a letter to lawmakers.

In a sign of the times, the U.S. House of Representatives held a “pro forma” session Tuesday that lasted about three minutes. Some on the floor wore face masks and gloves.

In expressing an openness to states setting their own timelines, Trump was largely acknowledging the authority governors have already exercised.

While Trump has issued national recommendations advising people to stay home, it has been governors and local leaders who have instituted mandatory restrictions, including shuttering schools and closing nonessential businesses. Some of those orders carry fines or other penalties.

It was the latest twist in Trump's dispute with governors over who has primary responsibility for preserving public health in their jurisdictions. After weeks of saying he would leave major decisions about imposing restrictions in the hands of states, Trump claimed his power to ease them was absolute.

"When somebody is president of the United States, the authority is total," Trump said Monday at the White House. "The governors know that." He declined to offer specifics about the source of his asserted power, claiming he would provide a legal briefing at a later date.

But governors in both parties made clear they saw things differently, and said they would decide when it’s safe to begin a return to normal operations, just as they were the ones who closed things down.

"The president’s position is just absurd," New York Democratic Gov. Andrew Cuomo said Tuesday on "CBS This Morning." "It’s not the law. It’s not the Constitution. We don’t have a king. We have a president."

Arkansas Gov. Asa Hutchinson, also a Republican, said he, too, expected the call to remain with the states.

"I welcome national guidance and assistance," he said. "But we will do what is needed in the best interest of Arkansans and I think that’s what the people expect."

Anxious to put the crisis behind him, Trump launched a new advisory council that will hash out plans to reopen the American economy, which has dramatically contracted as businesses have shuttered, leaving millions of people out of work.

He also directed his administration to freeze funding to the World Health Organization, claiming the international body didn’t deliver adequate early reports on the virus and cost the U.S. valuable response time.

China, once thought to have had the coronavirus pandemic under control, is now reporting an alarming spike in new cases in what some fear might be a second wave of cases.

"The WHO failed in this basic duty and must be held accountable," Trump said. He said the U.S. would review the organization's warning about the virus threat and China.

Earlier Tuesday, Trump initially indicated he was relishing the fight with state officials — particularly Democrats in hard-hit states — who have voiced fears that the president’s ambitious timetable could lead to a resurgence of a virus that is still killing more than 1,000 Americans a day.

"A good old fashioned mutiny every now and then is an exciting and invigorating thing to watch, especially when the mutineers need so much from the Captain," Trump tweeted, adding, "Too easy!"

Trump began to soften his approach later in the day as he met with people who have recovered from COVID-19, including former pro football player Mark Campbell and Karen Whitsett, a member of the Michigan House.

"I’m going to be making a decision pretty quickly," he said, "and it’s being done in conjunction with governors."

Still, Trump warned that he would be monitoring the performance of governors, and signaled he might blame them if he believes their actions slow the pace of what he hopes will be a robust economic recovery.

"If they don’t do a good job we’re going to come down on them hard," Trump said.