Sarah Palin's office has discovered a new renewable resource to bring millions of dollars into Alaska's economy: the governor's e-mails.

The office of the Republican vice-presidential nominee has quoted prices as high as $15 million for copies of state e-mails requested by news organizations and citizens. No matter what the price, most of the e-mails of the governor, her senior staff and other state employees won't be made public until at least several weeks after the Nov. 4 presidential election, her office told msnbc.com on Thursday.

How did the cost reach $15 million? Let's look at a typical request. When the Associated Press asked for all state e-mails sent to the governor's husband, Todd Palin, the governor's office said it would take up to six hours of a programmer's time to assemble the e-mail of just a single state employee, then another two hours for "security" checks, and finally five hours to search the e-mail for whatever word or topic the requestor is seeking. At $73.87 an hour, that's $960.31 for a single e-mail account. And there are 16,000 full-time state employees. The cost quoted to the AP: $15,364,960. 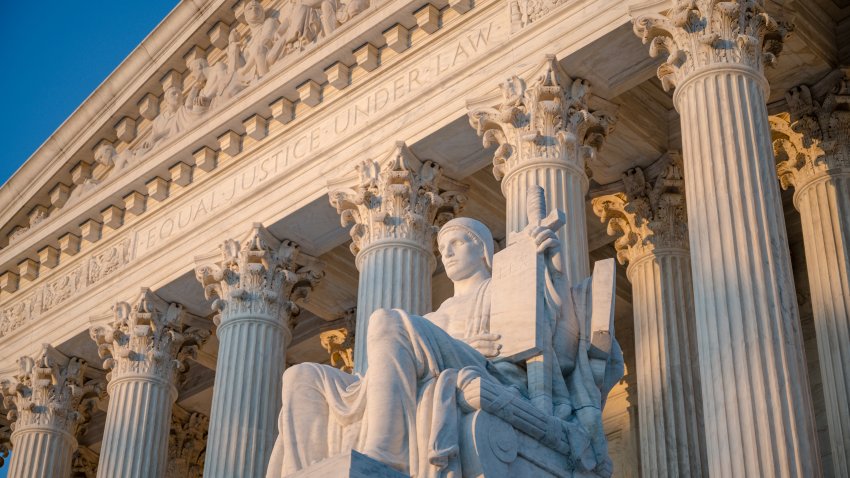 US Troops 12 hours ago

Biden to Pull US Troops From Afghanistan, End ‘Forever War'

And that's not including the copying costs. Although the e-mails are stored electronically in Microsoft Outlook and on backup servers, and although a blank CD-ROM costs only 41 cents at Capital Office Supply in Juneau, the governor's office says it can provide copies only on paper.

Why? Because lawyers need printouts so they can black out, or "redact," private or exempted information. That task is more difficult because the governor and other employees have used government e-mail accounts for some personal correspondence, and personal e-mail accounts for much of their government correspondence. The photocopies of those printouts will be a relative bargain, only 10 cents a page. A state administrator said he understood that such redaction could be done electronically, but that state offices weren't set up to do that.

That process of deleting information is likely to be so lengthy that most requestors won't be able to see the records until well after the next president and vice president are chosen, the governor's office said.

E-mail sent between the governor's staff and their private Yahoo e-mail accounts won't be collected until Oct. 31. Searches will take an additional two weeks, until Nov. 14. And then the legal review of each e-mail will begin. There's no telling how long that will take, because no one knows how many e-mails there are, wrote Linda J. Perez, administrative director for the governor, in a letter she sent to the state attorney general seeking approval for a delay.

The price quotes reveal that the governor's office has repeatedly tried to charge different news organizations the cost to reconstruct the same e-mail accounts of the governor, her senior staff and other employees. Each time an e-mail is requested, the office quotes the same cost of $960.31 for 13 hours to recover and search each employee's e-mails.

The AP's price for e-mails between state employees and the campaign headquarters of Republican presidential nominee Sen. John McCain: $15 million.

And the AP again, for e-mails between state employees and the National Park Service (on polar bears, wolves and other topics): $15 million.

The AP's news editor in Anchorage, Mark Thiessen, told msnbc.com he wasn't authorized to say whether the AP, a nonprofit cooperative owned by newspapers, planned to pay the $45 million for e-mails.

The employees in the governor's office have been polite and responsive in fulfilling the request by msnbc.com for all the public records requests and replies. It was mailed 17 days after it was filled (the statute calls for 10 days), and the charge was only $37.70. The administrative coordinator, Michelle Fabrello, dashed out the door to make sure the package got in the overnight mail delivery.

No free passes
But Palin's office hasn't always interpreted state law in favor of public access. The Alaska state law on public records does not require it to charge any fee for public records, although a fee is allowed if the processing would take five hours or more. The state law says all fees may be waived if the information is used for a public purpose, such as journalism or academic research. But the governor and the Law Department have been waiving fees only when they are less than the cost of producing the records — such as $5 for a few photocopies. The state has not been granting requests to waive the fees in the public interest, because it has not been considering those requests.

The records released to msnbc.com show that the state is charging for e-mails at the same hourly rate that it charged before Palin was chosen by McCain on Aug. 29. Just the scale of the requests has changed, and now most requests come from out of state. There are some in-state requests, from the Democratic party, the state employees union, and citizens.

Even before interest in Palin went national, large and small news organizations in Alaska have been dissuaded from seeking public records from her administration, because of the cost. Voice of the Times, a conservative online news site, was quoted a price of $1,250 in May to retrieve e-mails from the accounts of two top aides to the governor, Ivy Frye and Frank Bailey. "Please cancel my request for public records," editor Paul Jenkins wrote to the governor's administrator. "We have a limited budget here and paying $1,250 in fees for people who already are on the state payroll is ridiculous." The newspaper announced this week it will shut down at the end of October for lack of money.

A weekly paper, the Anchorage Press, was told it would have to pay $6,500 for e-mails of Palin and three aides relating to the lieutenant governor. The request was withdrawn, with the newspaper offering the apology. ""Hi Linda - wow, that's an expensive request I made," reporter Brendan Joel Kelley wrote to state administrator Linda Perez. "In that case, I definitely don't want to waste 60 hours of the state's resources, whether we had the fee waived or not. Consider the request withdrawn. I had supposed/hoped that an electronic records request would be fairly simple."

State employees overwhelmed
Since Palin was chosen by McCain, state employees have been overwhelmed by hundreds of public records requests sent to the governor's office and other agencies, said Kevin Brooks, deputy commissioner of the state Department of Administration. There's been no attempt to delay release of public records about the governor until after the election, he said.

"I've had my information technology folks working nights and weekends. These people are not doing their regular jobs anymore," Brooks said. "We used to get several records requests for e-mail in a week, or a month. Now it's literally hundreds and hundreds. It's gone exponentially off the charts."

After msnbc.com challenged apparent double billing, Brooks said he was going to try a new approach: assembling the e-mail files a single time, without charging requestors for that time. But that still leaves the search and copying costs.

"Hindsight is 20-20," Brooks said. "If we could do it over again, we would have loaded it all up and done these requests." Still today, he said he was not considering taking a more active approach, posting online for the public all of the governor's e-mails.

Brooks said he was also rethinking that rate of $73.87 an hour. That cost is not the actual salary of any particular employee. At that rate, an employee would be making about $144,000 a year. Instead, the state has been charging the public and news organizations the same rate that the state Enterprise Technology Services group charges other state departments, as a cost-shifting mechanism on state budget forms.

Alaska law does allow the state to charge for an employee's time for recovery of records. Brooks said he thought the actual cost would be between $50 and $60 an hour, including benefits and a share of the department's overhead costs.

As for the estimate of up to five hours to search e-mail for a single word or phrase, Brooks said he was just passing along the estimate from the technical staff.

‘A heckuva lot’ of data
"Why five hours? I've asked repeatedly, and that's what they say it will take," Brooks said. "We're talking about 5 terabytes of compressed data. I don't know what a terabyte is. I just know it's a heckuva lot."

Brooks said the state has Outlook on the desktop computers of employees, and that a search of those e-mails would take only a few seconds. But he said most e-mails are on journal servers, which hold e-mail for many employees, and that older or deleted messages might be on archival servers. "The point is we have three sources. We pull from those three and download to a storage device we can search. The process is not simple."

The courts have given the Palin administration a nudge toward open records. A state judge ruled last week that the state must make public e-mails sent between state accounts and the private e-mail accounts used by the governor and other state employees. A citizen request for the governor's e-mail account earlier this year revealed that the governor and staff often used their Yahoo accounts for government business. News reports about the Yahoo accounts led to the hacking of one of Palin's Yahoo accounts, for which a college student in Tennessee, the son of a Democratic legislator, has been indicted.

But the state probably can recover e-mails sent between government and personal e-mail accounts, he said. At least 18 public records requests have been filed for some or all of those e-mails. The requestors include Mother Jones magazine, the AP, NBC, the Anchorage Daily News, the Juneau Empire, msnbc.com, CNN, the Alaska Democratic Party, and several citizens, including Andree McLeod, whose request for the Yahoo e-mails was approved by the court. Msnbc.com, for example, sought all e-mails sent or received by the governor and a dozen top aides between their state accounts and the personal e-mail accounts of themselves and others. The request included e-mail sent to Palin's husband, Todd, who has been active in policy discussions. The state quoted a price of $11,000 for all the e-mails, which won't be available until after the election.

To respond to those requests, the state is pulling together all the e-mails for 51 employees, including the governor, her senior staff, members of the Cabinet, the governor's assistants and schedulers and key staff involved with the pipeline proposed to bring natural gas from Alaska's North Slope, the governor's office said Thursday. It sought the attorney general's approval to delay the search of the e-mails until mid-November, and the attorney general, Talis J. Colberg, in turn sent the requestors a letter offering them a chance to be heard before he rules on that request.

'The hottest thing right now'
Many states have had battles with news organizations and citizens over the fees charged for access to the public's records, particularly for electronic records such as e-mails.

News organizations have often claimed that the fees are used as a tollbooth to discourage requests, and that requests are delayed until interest in a public issue or candidate has long passed.

Federal law is more favorable. The federal Freedom of Information Act will change in January to penalize agencies for delay. After January, if an agency takes more than 20 days to respond to a request, it can't charge any duplication fees to individual requestors.

Nationally, access to e-mails of government employees "is the hottest thing right now in open government," said Lucy Dalglish, executive director of the Reporters Committee for Freedom of the Press, a nonprofit that helps journalists obtain public records. "Most judges are interpreting the laws that if you use your private e-mail for state business, that's a public record.