Rep. Mikie Sherrill said she intends to take action against members of congress who she saw taking groups through the Capitol on Jan. 5

Speaking in a Facebook Live video, Sherrill detailed her account of what occurred on Jan 6., starting with the House's vote to certify President-elect Joe Biden's win. She vividly described Nancy Pelosi being evacuated from the House chamber, getting gas masks ready as glass shattered and pro-Trump riots attempted to disrupt the proceedings.

As Sherrill and her colleagues were moving to a secured location, she said they were concerned for their safety. 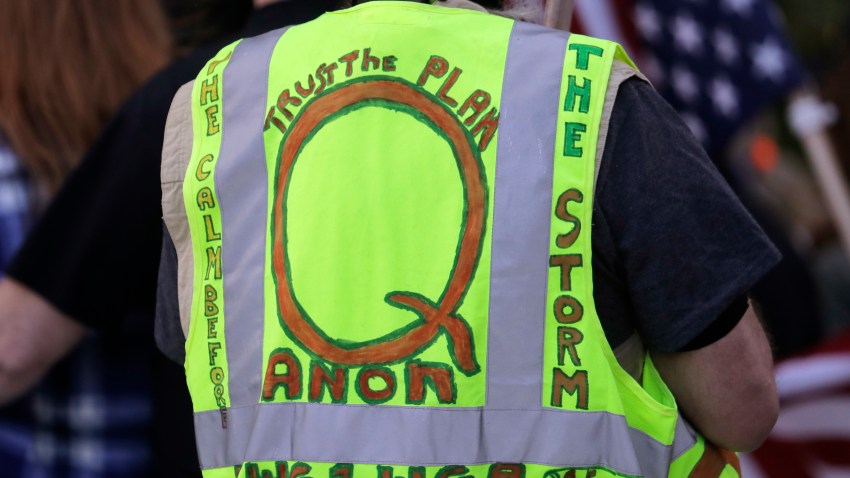 "I was told later that members of that mob had zip ties, were wearing body armor and were looking to take prisoners...members of Congress," the 48-year-old congresswoman said.

Vowing to not only impeach the president and making sure he never runs for office again or receives access to classified materials, Sherrill said she also intends to take action against members of congress who she saw taking groups through the Capitol on Jan. 5. She described it as "a reconnaissance for the next day."

The congresswoman didn't name any colleagues who were allegedly involved.

In a follow up interview with MSNBC's Rachel Maddow on Wednesday, the former U.S. Navy helicopter pilot said her security training taught her to look for things that were out of place. What appeared out of place to her last Tuesday were the tour groups because all tours had been shut down due to the pandemic.

"The only reason you'd have a visitor is on official business, so to see these groups around the cap complex was really striking. And given what we know the next day of what happened it's really shocking that those ties were made," she said.

"It was so odd to see them that my chief of staff called the sergeant in arms to say 'what's going on?' and he reiterated that these could have gotten into the Capitol complex was with a member or that member's staff. We now know that those violent groups that attacked the Capitol complex had inside knowledge of the Capitol grounds."

Sherill said more than 30 House members have called for an investigation and added that she will be disclosing what, or who, she saw with investigators.

Separately, New York Rep. Alexandria Ocasio-Cortez on Tuesday said she felt unsafe with some of her colleagues while congressmembers were being extracted away from the chaos inside the U.S. Capitol. The Democrat said she thought they might share her location with violent rioters and put her at risk to be kidnapped or hurt.

Ocasio-Cortez said she personally had an encounter, the details of which she said she couldn’t disclose due to security concerns, “where I thought I was going to die.” She said there was “a sense that something was wrong from the inside” and that she remained fearful even after she was taken to a secure location with other elected officials.

The second-term representative, who is Hispanic, noted that her fears were heightened because there were white supremacists and other extremists taking part in the mostly white mob. She is among the most high-profile elected officials on the political left and a lightning rod for the right and extreme right.

She had strong condemnation for Trump for inciting the riots, as well as members of his administration who have not invoked the 25th Amendment to remove him from office, as well as those who voted to overturn the election results.

Ocasio-Cortez on Tuesday had strong condemnation for Trump for inciting the riots, and called on members of congress to resign who voted to overturn the results of the election to resign. She said those who have resigned in the wake of Wednesday were “cowards.”

“They think that resigning is going to clean that blood of their hands,” she said. “It is always on them.”

Both congresswomen were among those in the U.S. House who voted Tuesday to approve a resolution urging Pence to remove Trump with a Cabinet vote, although the vice president had already said he would not do so.

With Pence's agreement ruled out, the House moved swiftly to impeachment on Wednesday.