Voting rights advocates are suing Texas again, this time with support from a former U.S. attorney general, over the state's newly redrawn congressional district maps that favor the GOP, claiming the maps dilute the vote of communities of color after growth in America's largest red state was overwhelmingly Hispanic, Black and Asian American people.

Texas was the only state to be allocated two new congressional seats earlier this year after U.S. Census figures showed the state's population grew by 4 million people, nearly half of which were Hispanic. Texas will now have 38 representatives in Congress and 40 electoral votes -- second only to California.

The latest lawsuit alleges that the new U.S. House maps violate the 1965 Voting Rights Act by not giving people of color a fair opportunity to elect their representatives. The maps do not include any additional districts in which Black or Hispanic voters make up more than 50% of eligible voters, and census data shows more than 9 of 10 of Texas' new residents in the past decade were people of color.

It comes on the heels of a separate lawsuit filed by the Mexican American Legal Defense Fund this month, which makes similar claims. 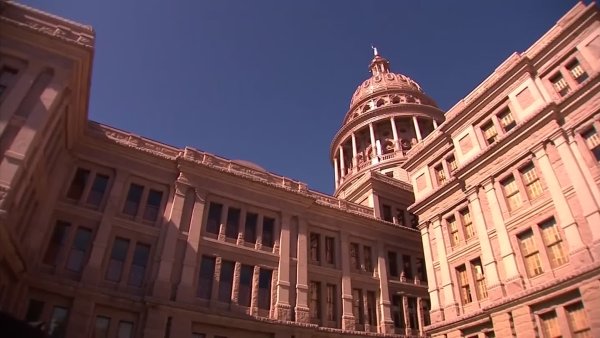 Holder said the redrawn districts come as the demographics of the Lone Star State are shifting quicker than the policies of the Texas GOP.

"The map has been crafted with really surgical precision to eliminate competitive districts at the expense of the states' communities of color," he said.

Texas Sen. Joan Huffman, a Republican who authored the maps and chairs the state Senate's redistricting committee, and Abbott did not immediately respond to the Associated Press' requests for comment. Huffman said prior to Tuesday that the maps were "drawn blind to race."

The state has had to defend its maps in court after every redistricting process since the Voting Rights Act took effect in 1965, but this is the first since a U.S. Supreme Court ruling said Texas and other states with a history of racial discrimination no longer need to have the Justice Department scrutinize the maps before they are approved.

Texas Democrats tried to amend the maps during the state's third special session focused on redistricting in September but failed to pass amendments in either of the state's GOP-controlled chambers that created new Black or Hispanic opportunity districts.

Proposed maps in other GOP-controlled Legislatures that Republicans claim were drawn without race in mind have also been under scrutiny for favoring Republican lawmakers while diluting the influence of minority voters.

The U.S. Supreme Court ruled in 2019 that federal courts cannot void maps drawn unfairly based on partisanship. But state courts still can overturn maps for being too partisan.

And if mapmakers explicitly try to weaken voters' power based on race, they may violate the U.S. Constitution's guarantee of equal protection. The Voting Rights Act requires them to consider race if the state has "racially polarized" voting, meaning white people consistently vote against candidates backed by racial minority or ethnic groups. The mapmakers must then draw a district a plurality or majority of voters so that minority group can elect their preferred candidates.

Maria Teresa Kumar, president, and CEO of Voto Latino, said they are prepared to work their complaint up through the courts to protect fair representation for Texans, and hope this lawsuit will serve as a roadmap for other organizations and states.

"We need to make sure that we are creating a map that reflects the diverse America that is emerging," Kumar said.

Coronado is a corps member for the Associated Press/Report for America Statehouse News Initiative. Report for America is a nonprofit national service program that places journalists in local newsrooms to report on undercovered issues.