Country music legend Willie Nelson led more than a thousand spectators in singing "vote them out" Saturday from the steps of the Texas Capitol during a rally wrapping up a four-day march in support of Democratic state legislators who bolted for Washington two weeks ago to block GOP-backed voting restrictions.

Families with lawn chairs spread out across the sprawling Capitol greens in Austin. Clergy, politicians, constituents and musicians all spoke out about the proposals to impose voter ID requirements, limit ballot drop boxes and mail voting, and strip local officials of their election authority.

The special session that the exodus by Texas Democrats halted is set to expire next week, but Republican Gov. Greg Abbott has pledged to schedule a new one as soon as the lawmakers return to the state.

"If you don't like who's in there, vote them out," Nelson sang, inviting the crowd to join him in singing lyrics he'd previously written about taking a stand at the ballot box. 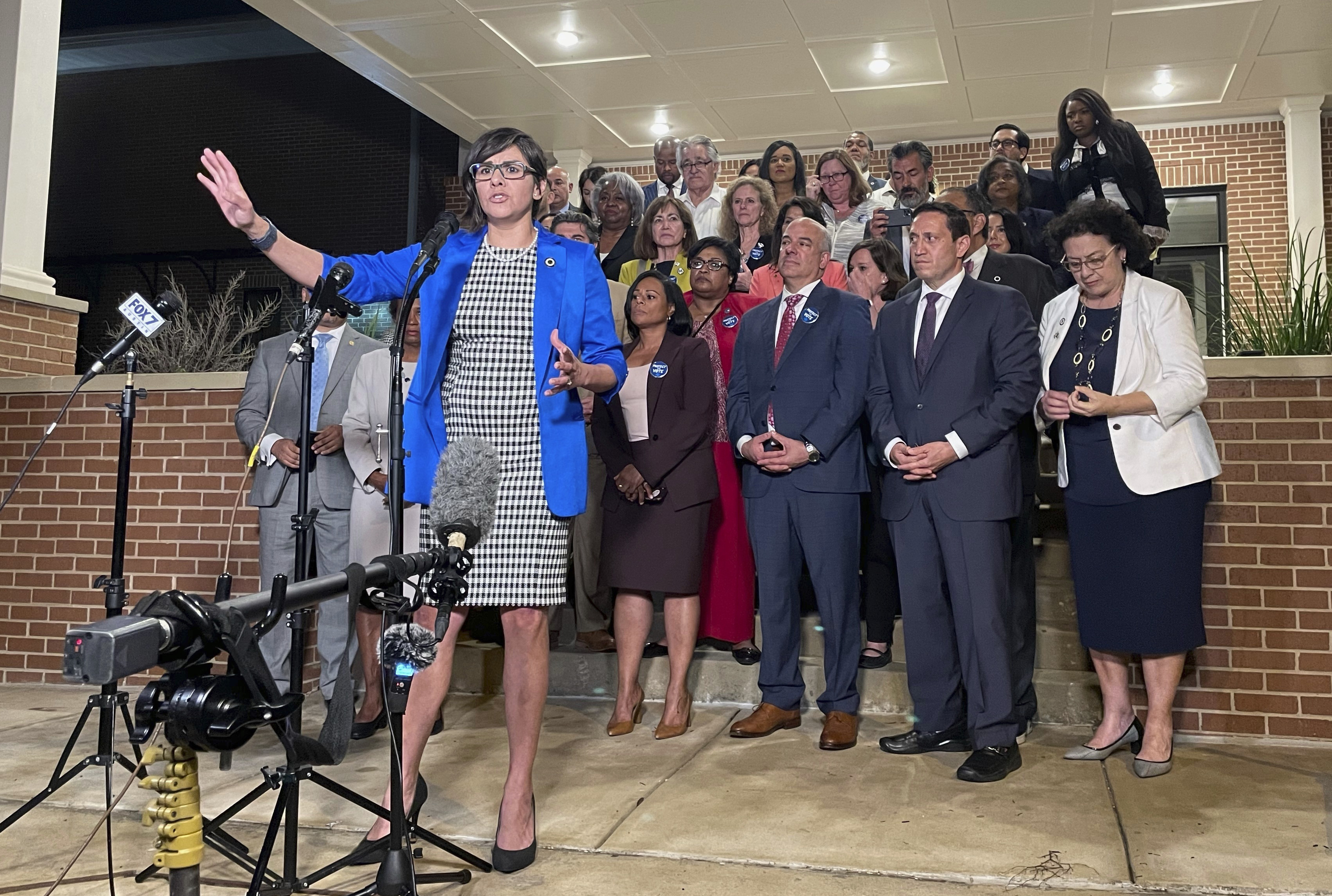 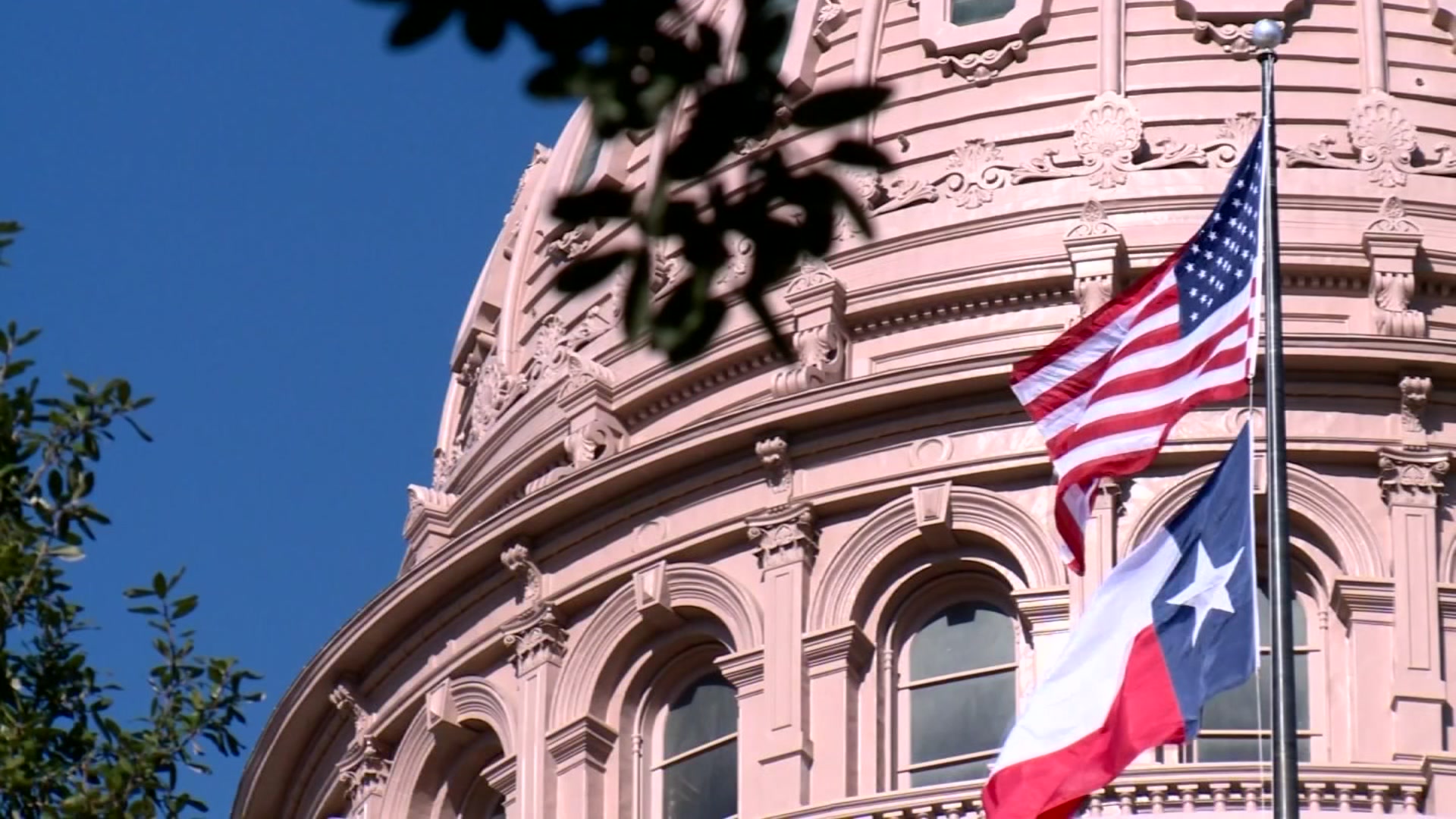 Breaking Down the Texas Election Bill: What Does It Change About Voting?

"I felt like I needed to be here. It is a history-making event that is so necessary right now," said Brenda Hanson, 75, of Austin. "I am a descendant of slavery and I am not interested in moving back, I want to see this country go forward. I have lived well over three-quarters of a century and I have never seen us go backward like this before."

Hanson said she is disabled but otherwise would have participated in the nearly 30-mile walk. Instead, she hoped to make a statement with her presence as she sat chanting in support on a bench under a tree.

The march began Wednesday and ended Saturday when participants walked up to the doors of the Texas Capitol building. It was led, in part, by Beto O'Rourke, the former Democratic congressman and presidential candidate who has not ruled out a run for Texas governor in 2022. Earlier this week, O'Rourke and marchers shut down the frontage road of Interstate 35 during the morning rush hour, funneled between restaurants and cut a path from Republican-controlled statehouse districts to Democratic ones.

Marchers compared what the GOP says are measures meant to protect against fraud and restore confidence in American elections to Jim Crow-style restrictions.

There has been no evidence of widespread fraud in the 2020 election.

"I ask you to think about every man and every woman who had the courage in their convictions and did what they needed to do in their own moment of truth in this country's history," O'Rourke told the crowd.

More than a dozen people in favor of the voting legislation proposed in Texas gathered at the Capitol building's front gate behind the rally, waving signs in support of the proposed changes. Republican state Sen. Bryan Hughes, who authored the Senate's version of the voting bill, told The Associated Press that when he heard about the rally, he decided to visit with people around the Capitol grounds to listen to their views and encourage them to read his piece of legislation.

"The right to vote is fundamental and so it has to be accessible and secure, both are important," Hughes said. "This is America. This free speech -- we love this. Whether folks agree with me or disagree with me, I am glad to be here."

Hughes said "many people have heard generalizations," and his goal is to discuss with constituents the details of the bill's language.

Caught in the political crossfire are nearly 2,000 legislative workers who risk losing their paychecks after Abbott slashed funding for their salaries from the state budget in a punitive line-item veto after Democratic lawmakers walked out in May.

Lawmakers could restore the funding during the ongoing special session if it weren't at a standstill with more than 50 Democratic House members in D.C.

A lawsuit filed by Democrats on behalf of the legislative staffers is pending before the Texas Supreme Court. It's not clear when the court might make a decision.

Renee Conley, 52, said she attended the rally with her daughter, for whom she is fighting against the Texas voting bill. When she goes to vote, Conley said she brings her daughter to the polls so she can learn the process in anticipation of the day she can cast her own ballot. Now, Conley said she fears by the time her daughter goes to college, she won't be allowed to vote if she only has a university identification card.

"I am here for her rights," Conley said. "There is no reason she should ever have any threat of not being able to vote."