The third special session of the Texas Legislature ends Tuesday

Just one day before the Texas legislative session ends, there is already a lawsuit challenging the redistricting maps. The Mexican American Legal Defense and Educational Fund, or MALDEF, filed suit Monday.

“After reviewing the plans as they have been set by the legislature, we have come to the conclusion that they do not reflect the changing face of Texas, and in particular they don’t reflect the strong population growth of Latinos over the last decade,” Vice President of Litigation for MALDEF Nina Perales said.

There are new redistricting maps for the Texas House and Senate, the state board of education, and U.S. congressional districts. LULAC said it planned to challenge the maps as well, once the bills are signed. 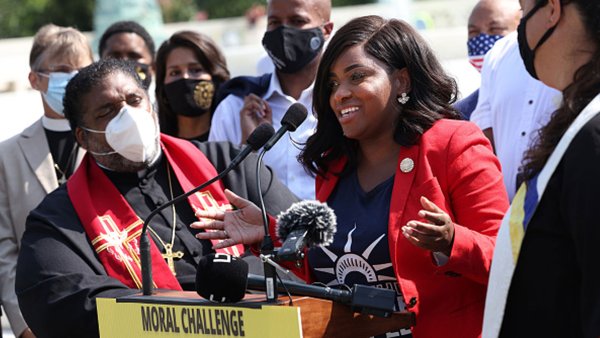 Critics like Garcia point to the large growth in the Latino population, especially in North Texas, without the addition of a congressional minority opportunity district. The state added two congressional seats, one each in the Houston and Austin areas. The Texas NAACP is also looking at redistricting.

There are some incredible legal problems involving African Americans  and Latinos in the maps, so it does not appear as though those are going to be rectified, so I don’t see any way around the fact that there might very well be litigation,” said Gary Bledsoe, Texas State NAACP President.

“I also want to be very clear on something because I have received questions about the use of racial data," Huffman said. "While these maps were drafted blind to race, it is wrong to say that race was wholly ignored in my end-to-end process.  I am committed to giving due regard to all factors relevant to legal compliance, including compliance with Section 2 of the Voting Rights Act.”

Both the Senate and House redistricting bills have been passed and will soon head to Gov. Greg Abbott (R) for his signature.

Also as the special session comes to a close, a transgender sports bill is on its way to the governor's desk. It says students must play for teams that match their gender identity on their birth certificate, near or at the time of birth.

And in a late addition to the agenda for the session, Abbott asked for legislation banning vaccine mandates, but it hasn't made it to the House floor with the clock winding down.

Bills on the distribution of $16 billion in federal relief funds are in conference committee, with one day left.