Taxes are always a campaign issue. And in the GOP gubernatorial primary, tax returns are also fair game.

Sen. Kay Bailey Hutchison and her husband released their tax returns from the last few years after days of badgering from Gov. Rick Perry's campaign.

According to Texans for Kay spokesman Jeff Sadosky, Hutchison and her husband (their taxes are filed jointly) have made more than $7.3 million dollars since 2000 and paid more than $2 million in taxes.

Perry's campaign team has been trying to make her tax returns an issue. His campaign flew a banner behind an airplane above the venue last week during a Hutchison campaign appearance in Dallas, asking her "to come clean" and release her taxes. 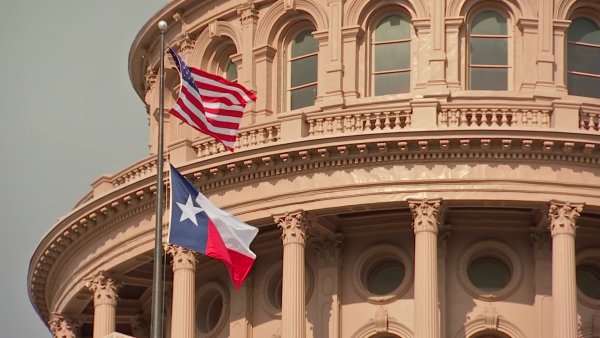 As early as Wednesday morning, Perry's campaign was asking to see the numbers.

"Texans need to know if Sen. Hutchison’s Washington behavior has put taxpayer dollars into the pockets of her husband," said Rob Johnson, Perry's campaign manager in an earlier statement.

"Sen. Hutchison and her husband have become very wealthy during her 16 years in Washington," said Mark Miner, Perry's campaign spokesman, after the numbers were released.

Hutchison's team also had something to say about her tax returns.

"In the spirit of that transparency, we call on Rick Perry to join Kay Bailey Hutchison in providing a detailed accounting of his investments," he said. "Rick Perry, the self-proclaimed ‘King of Transparency,’ is in fact anything but transparent.  While all of Kay Bailey Hutchison’s investments have been disclosed to the public, Perry’s continue to be hidden from the public eye and appropriate scrutiny.”

Below is the list of how much Hutchison and her husband, Ray, made (jointly) since 2000, followed by how much they paid in taxes.