A Hopeful Sign? Despite Russian Warning, Ukraine Talks Go On

Even though President Vladimir Putin said a month ago that he wanted a quick answer to the Russian demands, he signaled this week an apparent readiness for more talks

When the U.S. and NATO rejected the Kremlin’s security demands over Ukraine last week, fears of an imminent Russian attack against its neighbor soared.

But instead of sending armored armadas across the Ukrainian border as the U.S. and its allies worried, Moscow bombarded Western capitals with diplomatic letters about an international agreement that the Kremlin sees as a strong argument for its position in the standoff.

Even though President Vladimir Putin said a month ago that he wanted a quick answer to the Russian demands and warned that Moscow would not accept "idle talk,” he signaled on Wednesday an apparent readiness for more talks with Washington and NATO.

And that offers a glimmer of hope. Although more than 100,000 Russian troops still hover near Ukraine and weeks of talks have led to no major concessions by either side, at least Russia and the West keep talking, and for some experts that’s a reason for cautious optimism.

“On the one hand Putin did fire rhetorical barbs against the West and emphasized perceived slights; on the other hand he also did leave open the possibility of talking in more detail about at least some of the issues where the West has been willing to engage,” said Jeff Rathke, a former U.S. diplomat and president of the American Institute for Contemporary German Studies at Johns Hopkins University.

“We’re kind of where we were a few weeks ago,” Rathke said. “Putin has kept his options open. He’s not ruled out talks but also not reduced his strident rhetoric.” 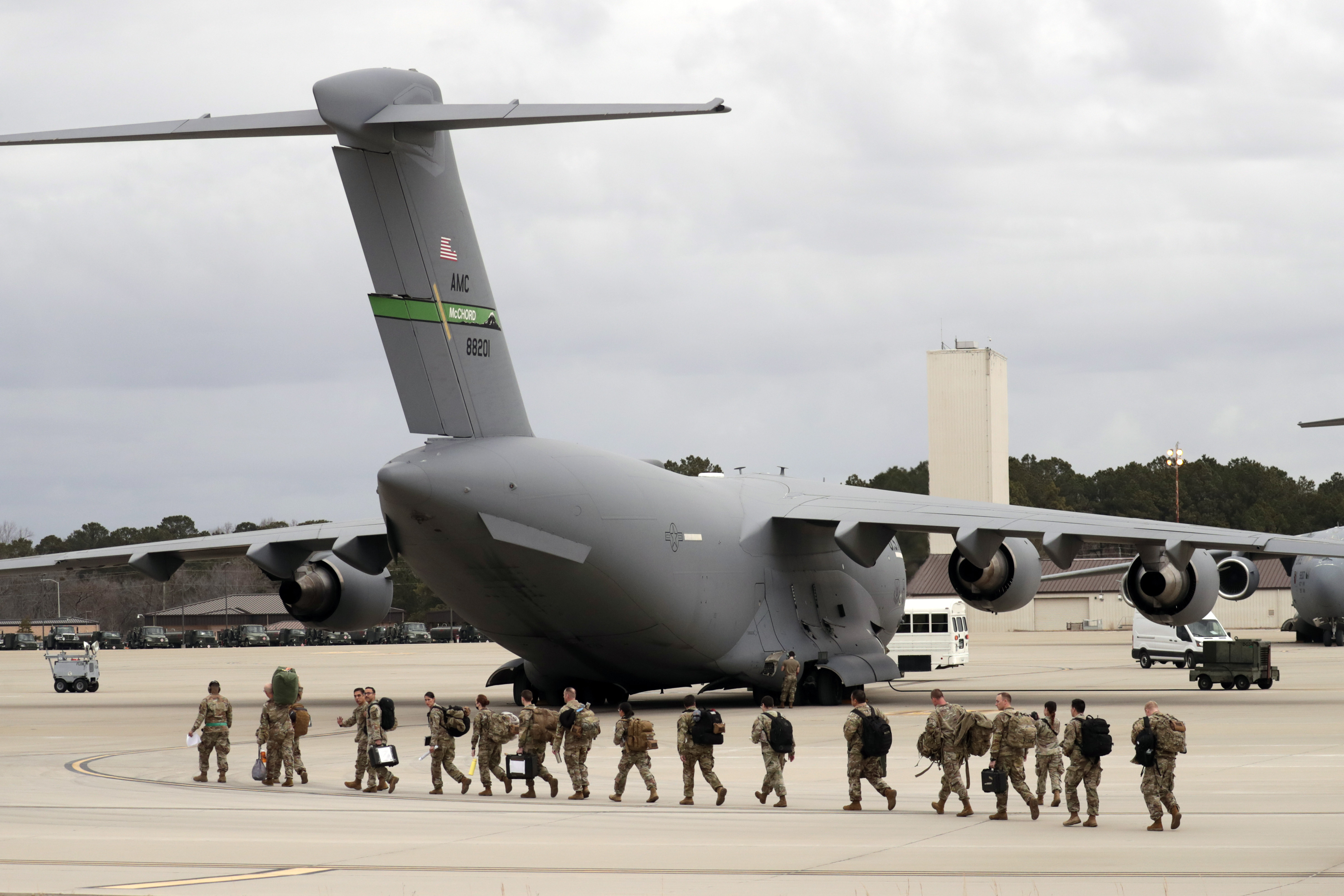 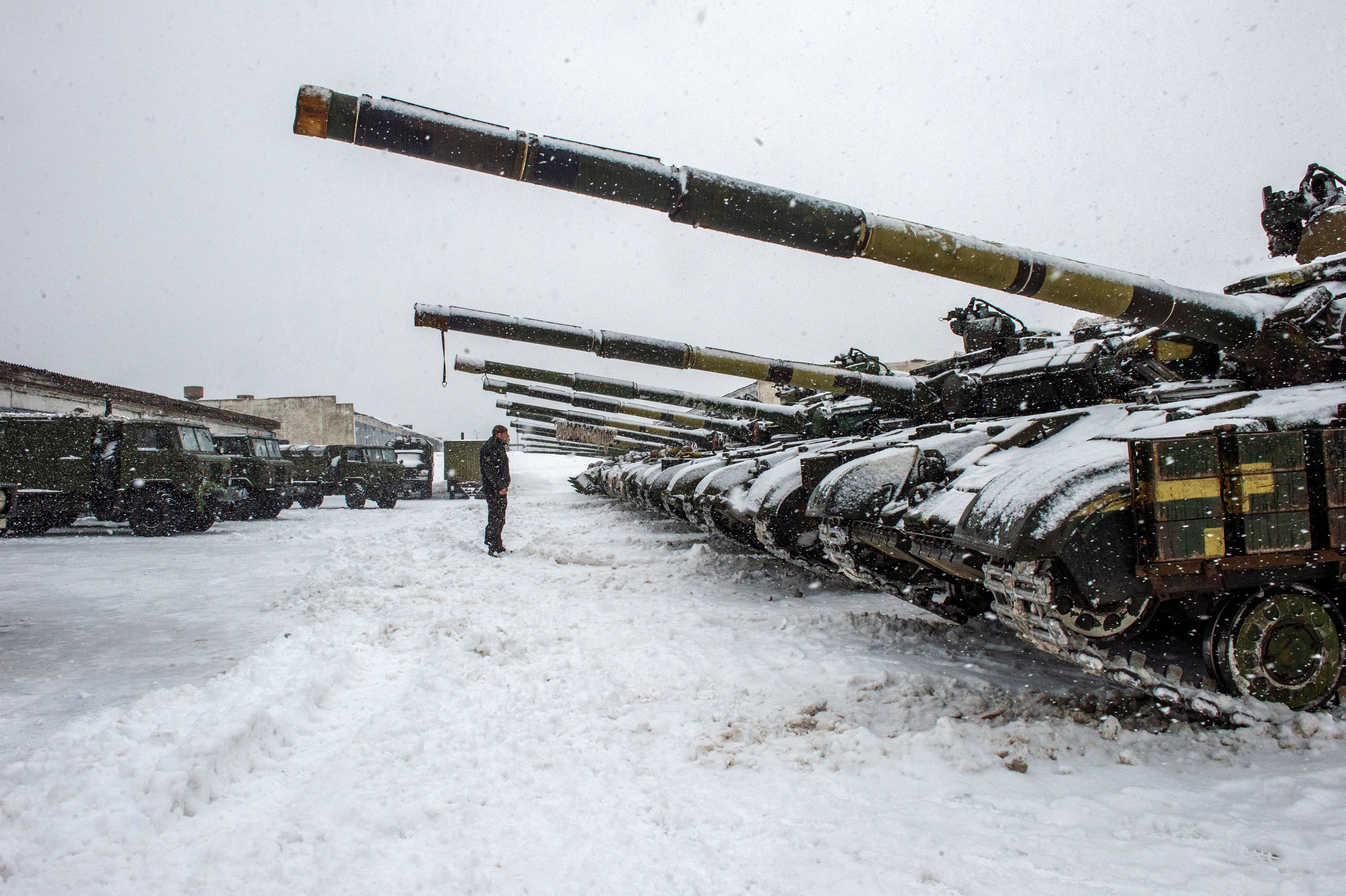 Russia and the West remain far apart on the most critical issues and it's unclear how a compromise could be reached. But the Kremlin's recent emphasis on diplomacy appears to reflect Putin's hope to achieve his goals through negotiations while using the deployment of the troops near Ukraine as leverage.

“Russia will maintain a tough stand while indicating that it’s not shutting the door to talks,” said Fyodor Lukyanov, who heads the Moscow-based Council for Foreign and Defense Policies and closely follows the Kremlin thinking. “Such complex agreements aren’t reached in a relaxing atmosphere over a cup of tea, so all methods of persuasion are being used, including the demonstration of force."

Russia maintains it has no intention to attack its neighbor, but it demands that NATO bar membership to Ukraine and other ex-Soviet nations and pledge not to deploy weapons there. It also wants NATO deployments in Eastern Europe rolled back.

The U.S. and its allies flatly rejected those demands as “nonstarters” during a series of talks last month, but Moscow demanded a written reply, fueling suspicions that it wanted a formal rejection of its demands to use as an argument for sending troops into Ukraine.

The U.S. and NATO handed their response to Moscow on Jan. 26, ruling out any concessions on Russia's main demands but holding the door open for talks on other issues, including limits on offensive missile deployments, greater transparency of military drills and other confidence-building measures.

Since the collapse of the Soviet Union in 1991, Russia has been seen as a second-rate world power, says Chris Miller, professor of international history at Tufts University. Now it is ramping up its military presence on the border with Ukraine, a former Soviet state. "Most of the countries of the region don't want to be controlled by Russia. And so that's what brings us to this point of war," Miller says.

Putin has yet to formulate his response to the Western proposals, but his diplomats have warned it will be difficult to achieve any progress on those issues if the West continues to stonewall Moscow's main demands.

The deadlock has fueled fears of imminent hostilities, and in a phone call last week U.S. President Joe Biden warned Ukraine’s president that there is a “distinct possibility” Russia will invade in February.

Moscow appears to have opted for a diplomatic track for now and U.S. officials in recent days have toned down their rhetoric about “imminence.” But the U.S. has not backed away from the urgency of its concerns.

On Monday, Russia's Foreign Minister Sergey Lavrov sent new letters to his Western counterparts, countering NATO's argument that every country has the right to choose alliances. He charged that the alliance's expansion contradicts its obligation not to strengthen its security at Russia's expense.

Lavrov said the U.S, and its allies have pledged to respect the “indivisibility of security” in documents signed at summits of the Organization for Security and Cooperation in Europe, the main trans-Atlantic security grouping.

“There must be security for all or there will be no security for anyone,” Lavrov wrote, noting that his ministry would now wait for formal replies to his letter before advising Putin on next moves.

The exchange of letters could set the stage for a long series of arcane arguments about conflicting interpretations of the OSCE documents, and Putin expressed readiness for such discussions.

In his first public remarks on the standoff since late December, the Russian leader noted Tuesday that while the West rejects Russia's key demands, diplomatic efforts should continue. “I hope that we will eventually find a solution, although we realize that it’s not going to be easy,” Putin said.

The patient stand contrasted with Putin's statement in December that he wants a quick Western reply and could order unspecified “military-technical measures” if the U.S. and its allies continue to ignore Moscow's concerns.

Putin made no mention of any such measures in his comments this week, saying that “we need to find a way to ensure interests and security of all parties, including Ukraine, European nations and Russia."

Along with the talks with the U.S. and NATO, Russia also engaged in separate negotiations on a stalled 2015 peace deal for eastern Ukraine. A four-way meeting in Paris between presidential envoys from Russia, Ukraine, France and Germany didn't produce immediate progress, but they will meet again in Berlin this month.

Lukyanov said Russia will likely keep flexing its military muscle to demonstrate its resolve. He noted that Russia could easily afford keeping troops near Ukraine for a long time and will continue a series of drills to maintain pressure on the West.

“Troops may come and go,” Lukyanov said. “It’s relatively cheap and within the funds already earmarked for combat training.”

The drills include sweeping joint war games with Russia’s ally Belarus, which borders Ukraine to the north, and Lukyanov predicted that Russia could further beef up its defense ties with the country.

Belarus’ authoritarian President Alexander Lukashenko, who has edged closer to Moscow after being hit with Western sanctions over his crackdown on dissent, already has offered to host Russian nuclear weapons.

“Belarus will be an important element in the game,” Lukyanov said.

President Joe Biden said Wednesday that Russia would face stiff economic and military consequences from the U.S. and NATO leaders if it were to invade Ukraine. “Militarily they have overwhelming superiority [over] Ukraine, but they’ll pay a stiff price immediately, near term, medium term and long term if they do it.”