Explainer: What's in Store as the Electoral College Meets

Voters cast their ballots for president more than a month ago, but the votes that officially matter are being cast Monday as the Electoral College meets.

The Constitution gives the electors the power to choose the president, and when all the votes are counted Monday, President-elect Joe Biden is expected to have 306 electoral votes, more than the 270 needed to elect a president, to 232 votes for President Donald Trump.

The spotlight on the process is even greater this year because Trump has refused to concede the election and continued to make baseless allegations of fraud. That makes the meeting of the Electoral College another solid, undeniable step toward Inauguration Day on Jan. 20, when Biden will be sworn in as president.

Some questions and answers about the Electoral College:

WHAT EXACTLY IS THE ELECTORAL COLLEGE?

In drafting the Constitution, America's founders struggled with how the new nation should choose its leader and ultimately created the Electoral College system. It was a compromise between electing the president by popular vote and having Congress choose the president.

Under the Constitution, states get a number of electors equal to their total number of seats in Congress: two senators plus however many members the state has in the House of Representatives. With the exception of Maine and Nebraska, states award all of their electoral college votes to the winner of the popular vote in their state.

WHAT'S THE BEEF WITH THE ELECTORAL COLLEGE?

The Electoral College has been the subject of criticism for more than two centuries. One often-repeated gripe: the person who wins the popular vote can nonetheless lose the presidential election. That happened twice in the last two decades — in 2000 with the election of George W. Bush and in 2016 when Donald Trump lost the popular vote to Hillary Clinton by nearly 3 million votes. 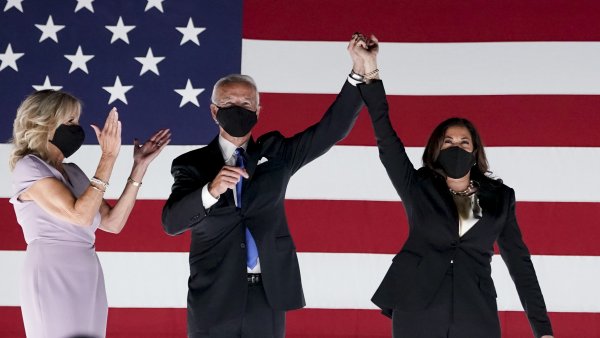 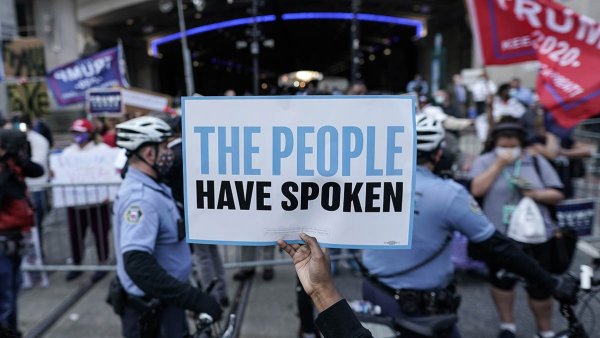 What the Electoral College Vote Means for Trump and Biden

Biden, for his part, won the popular vote and will end up with 306 electoral votes to Trump’s 232. Trump was the fifth presidential candidate in American history to have lost the popular vote but won in the Electoral College.

WHO ARE THE ELECTORS?

This year, they include South Dakota Gov. Kristi Noem, a Trump elector who could be a 2024 Republican presidential candidate, and Georgia Democrat Stacey Abrams, her party’s 2018 nominee for governor and a key player in Biden's win in the state.

Among others are 93-year-old Paul “Pete” McCloskey, a Biden elector who is a former Republican congressman who challenged Richard Nixon for the 1972 GOP presidential nomination on a platform opposing the Vietnam War; Floridian Maximo Alvarez, an immigrant from Cuba who worried in his Republican convention speech that anarchy and communism would overrun Biden's America, and Muhammad Abdurrahman, a Minnesotan who tried to cast his electoral vote for Sen. Bernie Sanders instead of Hillary Clinton in 2016.

WHERE DO THEY MEET AND WHAT DO THEY DO?

The Electoral College doesn't meet in one place. Instead, each state's electors and the electors for the District of Columbia meet in a place chosen by their legislature, usually the state capitol.

The election is low tech. Electors cast their votes by paper ballot: one ballot for president and one for vice president. The votes get counted and the electors sign six certificates with the results. Each certificate gets paired with a certificate from the governor detailing the state's vote totals.

Those six packets then get mailed to various people specified by law. The most important copy, though, gets sent to the president of the Senate, the current vice president. This is the copy that will be officially counted later.

DO ELECTORS HAVE TO VOTE FOR THE CANDIDATE WHO WON THEIR STATE?

In 32 states and the District of Columbia, laws require electors to vote for the popular-vote winner. The Supreme Court unanimously upheld this arrangement in July. Electors almost always vote for the state winner anyway, because they generally are devoted to their political party.

A bit of an exception happened in 2016 when 10 electors tried to vote for other candidates. Those included people pledged to support Clinton who decided not to back her in a futile bid to get Republican electors to abandon Trump and choose someone else as president.

Abdurrahman, the Minnesotan who wanted to vote for Sanders, was replaced as an elector. This year, he has said he will cast his vote for Biden and Vice President-elect Kamala Harris, according to the Minneapolis Star-Tribune.

Once the electoral votes are cast, they are sent to Congress, where both houses will convene on Jan. 6 for a session presided over by Vice President Mike Pence. The envelopes from each state and the District of Columbia will be opened and the votes tallied.

If at least one member of each house objects in writing to some electoral votes, the House and Senate meet separately to debate the issue. Both houses must vote to sustain the objection for it to matter, and the Democratic-led House is unlikely to go along with any objections to votes for Biden. Otherwise, the votes get counted as intended by the states.

And then there's one more step: inauguration.