One of the nation’s largest labor unions is unveiling plans to invest $150 million in a nationwide campaign to help defeat President Donald Trump, a sweeping effort focused on eight battleground states and voters of color who typically don’t vote.

The investment marks the largest voter engagement and turnout operation in the history of the Service Employees International Union, which claims nearly 2 million members. The scope of the campaign, which quietly launched last month and will run through November’s general election, reflects the urgency of what union president Mary Kay Henry calls "a make-or-break" moment for working people in America under Trump’s leadership.

See some of the key quotes from the Democratic Primary debate in South Carolina.

"He’s systematically unwinding and attacking unions. Federal workers rights have been totally eviscerated under his watch," Henry said in an interview. "We are on fire about the rules being rigged against us and needing to elect people that are going to stand with workers."

The union's campaign will span 40 states and target 6 million voters focused largely in Colorado, Florida, Michigan, Minnesota, Nevada, Pennsylvania, Virginia and Wisconsin, according to details of the plan shared with The Associated Press. The union and its local members will pay particular attention to two key urban battlegrounds they believe will play a defining role in the 2020 general election: Detroit and Milwaukee. There may be some television advertising, but the investment will focus primarily on direct contact and online advertising targeting minority men and women who typically don't vote.

Few groups of voters will be more important in the 2020 general election. Trump won the presidency four years ago largely because of his popularity with working-class whites and a drop-off in turnout from minority voters.

The union's political director, Maria Peralta, noted that Trump’s campaign has been working effectively in recent months to win over some minority voters, particularly men, who have traditionally voted Democratic.

"He’s going after our communities in ways that are pervasive. We’re deeply aware of that," Peralta said. "They’re talking about the strength of the economy."

The Service Employees International Union, like the Democratic Party and its allies across the nation, faces significant headwinds in its fight to deny Trump a second term. Voters who may dislike his overall job performance are generally pleased with his leadership on the economy, and unemployment for black Americans has hit record lows in recent months. 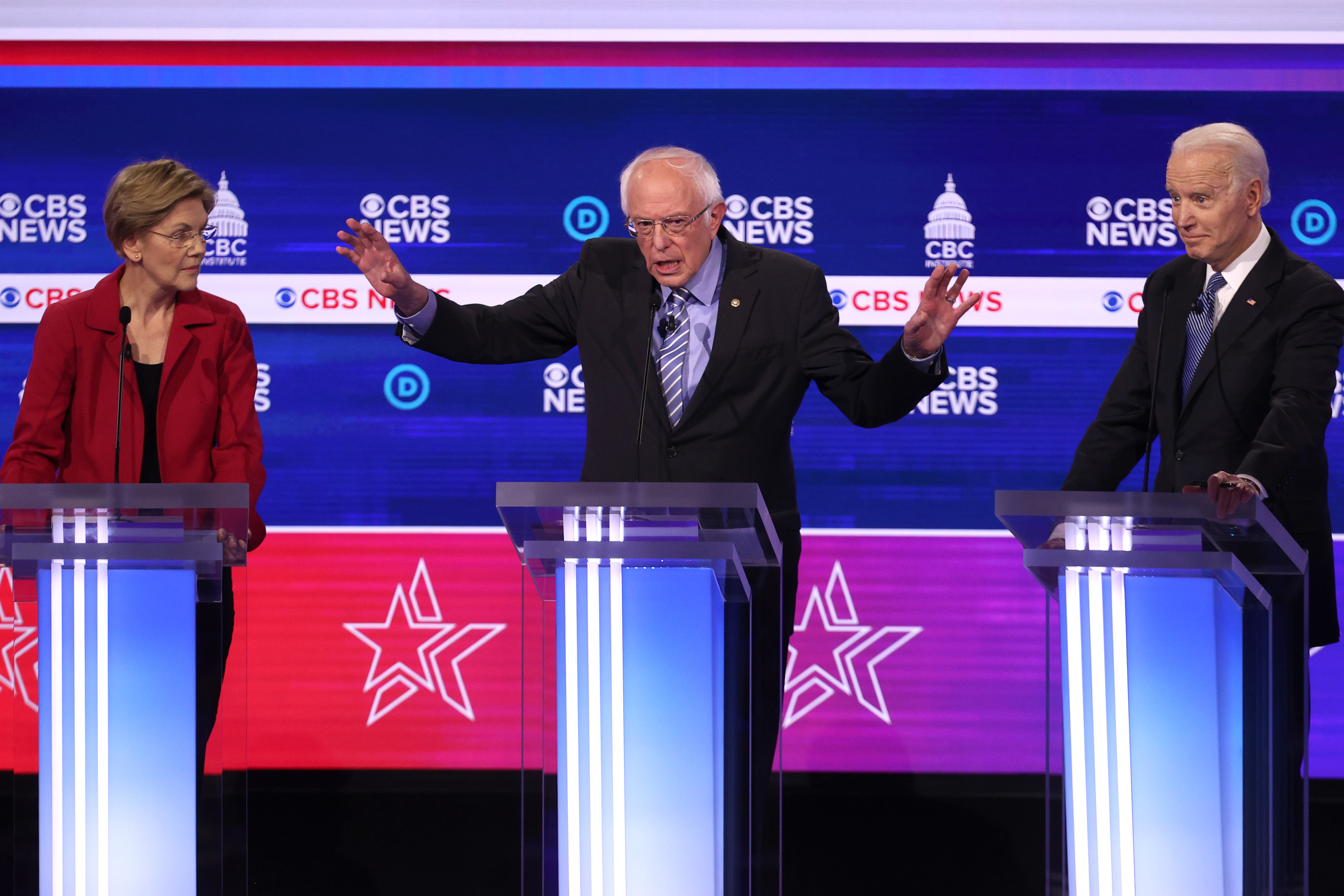 Sanders Slammed, Trump Mocked and Other Moments from the South Carolina Debate 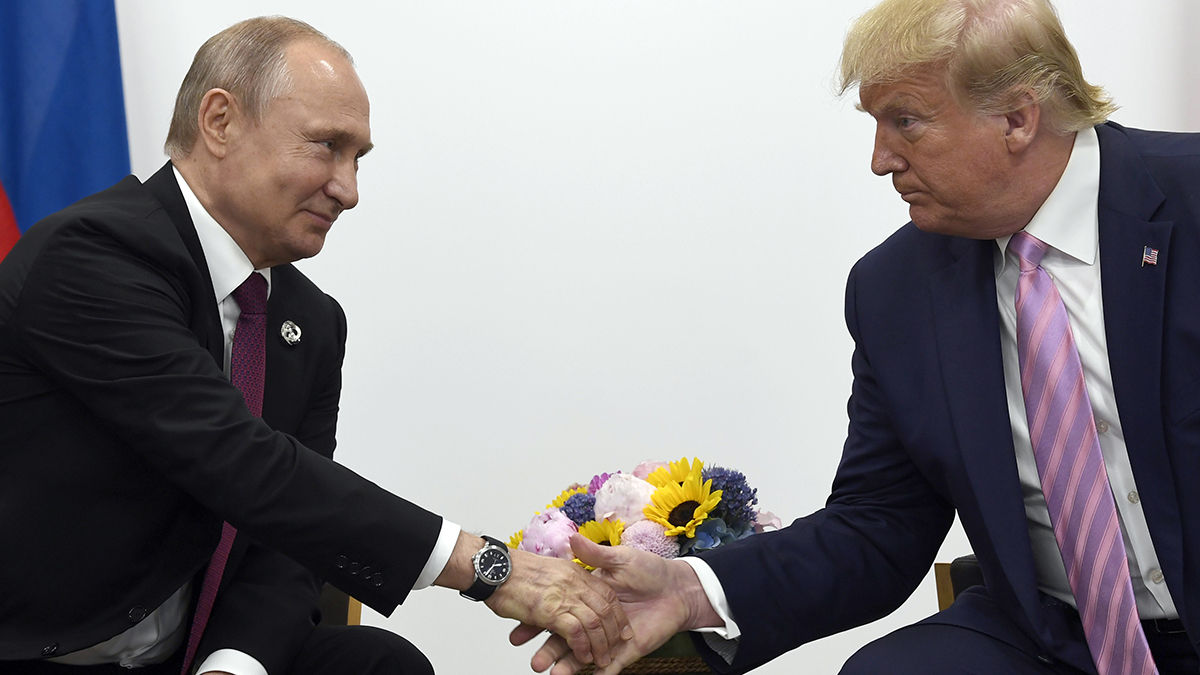 2016 Again? Russia Back to Stirring Chaos in U.S. Election

At the same time, Trump’s campaign is far ahead of where it was four years ago, when it had little national organization.

On Wednesday, the Trump campaign announced plans to open 15 "Black Voices for Trump Community Centers" in battleground states and major cities, including Michigan and Wisconsin. The offices will feature a line of campaign swag adopting the "woke" label, and videos of prominent Trump surrogates like online stars Diamond and Silk explaining their support for the president and pamphlets outlining the president's record.

SEIU is the most diverse union in the United States. The union’s membership features those who work in health care, food service, janitorial services and state and local government workers, among others. Half its members are people of color, and more than half make less than $15 an hour.

Sen. Bernie Sanders, I-Vt., won the Nevada Democratic caucuses in a runaway victory on Saturday. The second- and third-place winners have not yet been announced.

The 2020 investment is designed to benefit Democrats up and down the ballot this fall, though defeating Trump stands as a primary goal.

That said, SEIU’s political team has determined that a message simply attacking Trump isn’t effective with its target audience, which includes a significant number of conservatives.

"We don’t want to get too caught up in the Trump bashing," Peralta said. "Data shows people care about wages, and they care about health care across the board."

Hear from the top-four finishers from Tuesday’s Democratic Primary in New Hampshire. Sen. Bernie Sanders, I-Vt., is the projected winner, according to NBC News, while entrepreneur Andrew Yang and Sen. Michael Bennet, D-Colo., exited the race.

After campaigning for a higher minimum wage, Trump has done little to raise the federal minimum wage, which has been stuck at $7.25 for more than a decade. His administration has also taken steps to make it harder for new groups of workers to form unions. And labor officials have decried his appointments to the National Labor Relations Board and the Supreme Court, which dealt a huge blow to labor in 2018 by ruling that government workers no longer could be required to pay union fees.

When asked, Henry had little to say about the specific Democratic presidential contenders fighting for the chance to take on Trump. SEIU may endorse a candidate in the coming months, she said, but it has decided to stay out of the messy nomination fight for now.

The Iowa Democratic Party announced Thursday that 100% of the results were in following days of delays. Meanwhile, an analysis by the NBC News Decision Desk found the results were rife with inconsistencies and potential errors. Earlier Thursday, the Democratic National Committee chairman called for a recanvass, citing concerns over inconsistencies.

"We’re trying to figure out, inside our union as we walk through Super Tuesday and through March, what do working people and our members think about the choice in the field," Henry said.