The latest news on the 2020 presidential election
New Hampshire Primary

Former Vice President Joe Biden predicted he could “take a hit” in next New Hampshire's upcoming presidential primary election but raised questions about leading rival Bernie Sanders’ status as a democratic socialist in the opening moments of Friday night's debate as the 2020 primary season roared into a critical new phase.

Biden warned that President Donald Trump and his allies would use the socialism label against Sanders and the party in a prospective general election matchup.

“Bernie’s labeled himself, not me, a democratic socialist,” Biden said before acknowledging his own political challenges. “I took a hit in Iowa and I’ll probably take a hit here."

Sanders brushed off concerns about Trump's attacks: “Donald Trump lies all the time," he charged.

Two candidates, Sanders and former Midwestern Mayor Pete Buttigieg, entered the night as the top targets, having emerged from Iowa essentially tied for the lead. Those trailing after the first contest — including Biden, Massachusetts Sen. Elizabeth Warren and Minnesota Sen. Amy Klobuchar — had an urgent need to demonstrate strength.

Billionaire activist Tom Steyer and New York entrepreneur Andrew Yang, meanwhile, were fighting to prove they belong in the conversation.

Former New York Mayor Mike Bloomberg remains a major unknown in the primary math, skipping debates and the first four states' elections while flooding the airwaves with hundreds of millions of dollars in ads and picking up significant endorsements. He's focusing on the big basket of Super Tuesday primaries. 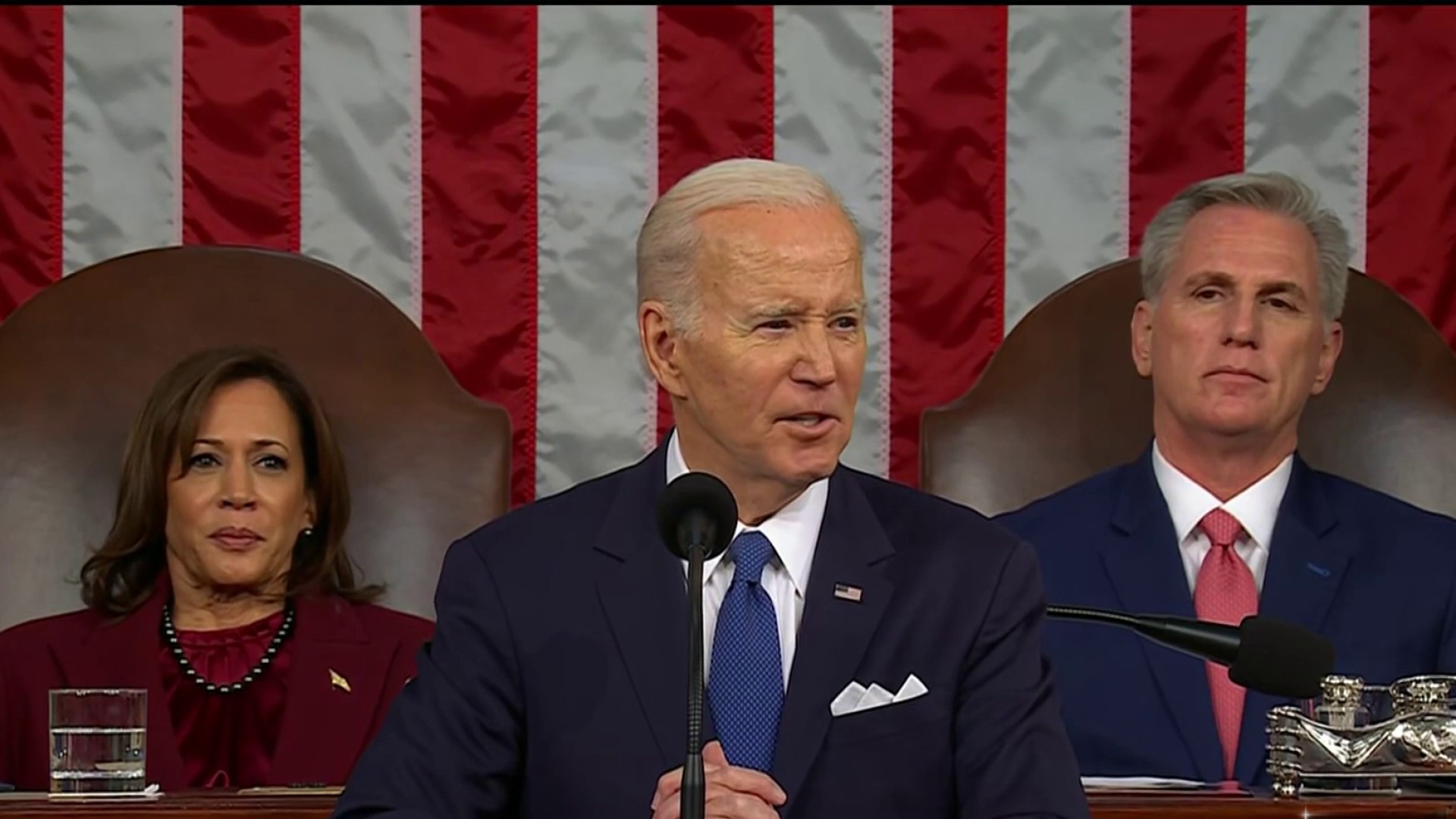 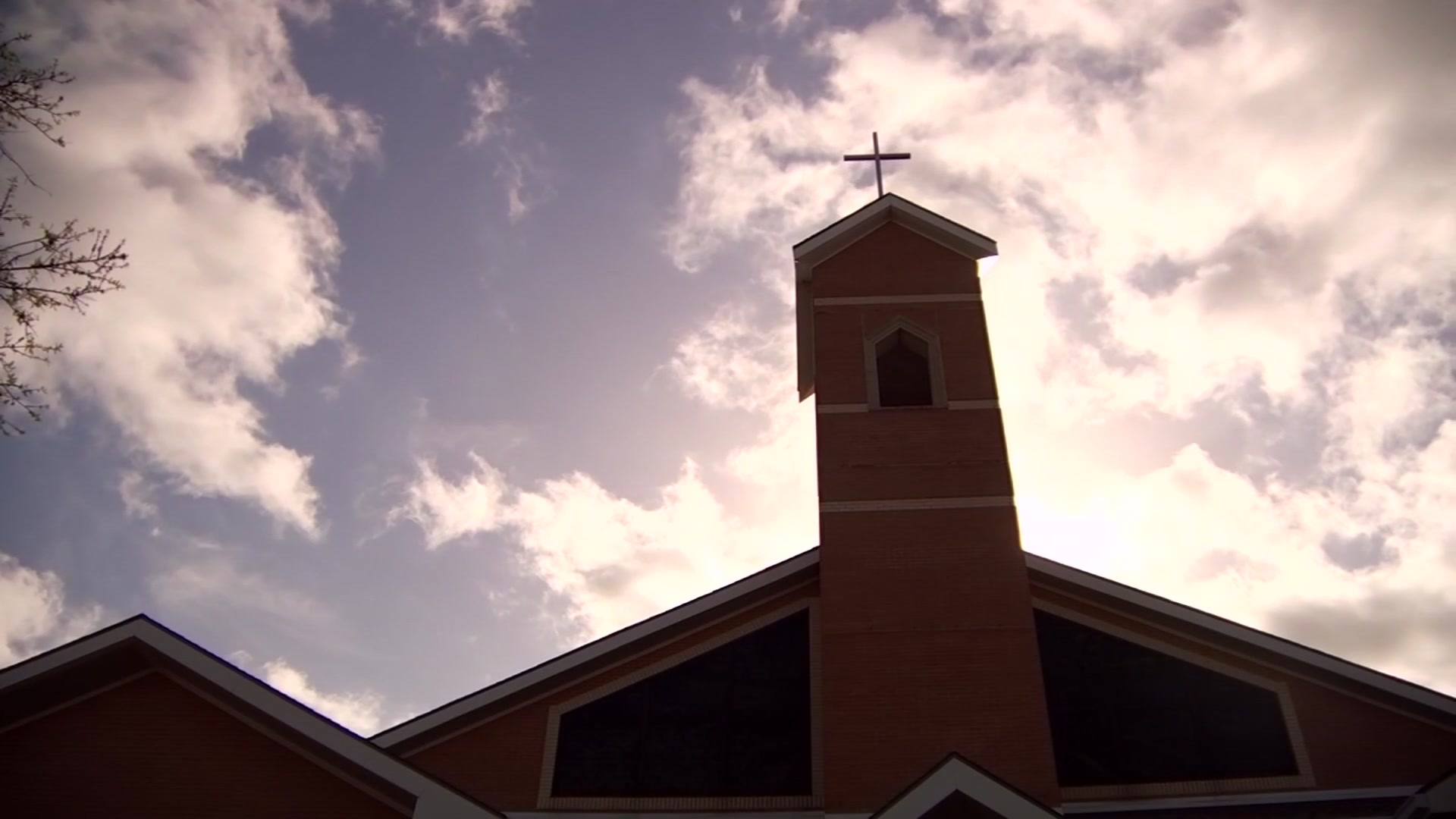 The rapidly changing dynamic meant that the candidates had great incentive to mix it up in the debate hosted by ABC. With the next debate nearly two weeks away, they might not get another chance.

The candidates clashed over electability and health care in the opening moments of Friday's face-off.

Traditionally, the knives come out during this phase in the presidential primary process.

It was the pre-New Hampshire debate four years ago on the Republican side when then-New Jersey Gov. Chris Christie devastated Florida Sen. Marco Rubio's presidential ambitions with a well-timed take-down. Rubio never recovered, making it easier for Donald Trump to emerge as his party's presidential nominee.

The stakes were particularly high for Biden, who has played front-runner in virtually every one of the previous seven debates but left Iowa in a distant fourth place. While reporting problems have blunted the impact of the Iowa contest, Biden's weakness rattled supporters who encouraged him to take an aggressive tack Friday night.

Deputy campaign manager Kate Bedingfield highlighted Biden's post-Iowa strategy of going more directly after his opponents, and she said it would continue on the debate stage.

“You can expect in the debate tonight that Vice President Biden will make a forceful, fiery case for his candidacy and will raise some tough questions for voters to consider about who they want taking on Donald Trump,” she said.

Lest there be any doubt about his intentions, Biden adopted a decidedly more aggressive tone with his rivals in the days leading up to Friday's debate.

On Sanders, Biden seized on the Vermont senator's status as a self-described democratic socialist. And on Buttigieg, he knocked the 38-year-old former mayor's inexperience.

Biden also conceded the obvious — that his Iowa finish was underwhelming at best. He called it a “gut punch" before embracing the underdog role: "This isn’t the first time in my life I’ve been knocked down.”

The seven-person field also highlighted the evolution of the Democrats' 2020 nomination fight, which began with more than two dozen candidates and has been effectively whittled down to a handful of top-tier contenders.

There are clear dividing lines based on ideology, age and gender. But just one of the candidates on stage, Yang, was an ethnic minority.

Beyond Biden's struggles, there were several subplots to watch.

The debate was the first since a progressives feud erupted on national television between Sanders and Warren. The Massachusetts senator refused to shake her New England neighbor's hand and accused him of calling her a liar moments after the Jan. 14 meeting in Iowa. The pointed exchange threatened to cause a permanent fissure in the Democratic Party's far-left flank.

Warren also has embraced her gender as a political strength in the weeks since, highlighting the successes of female candidates in the Trump era and her own record of defeating a male Republican to earn a seat in the Senate.

That said, she stressed unity at campaign stops in recent days: “We've got to pull together as a party. We cannot repeat 2016," she said this week in New Hampshire.

Yet Warren has been willing to attack before. Aside from the post-debate skirmish with Sanders, she seized on Buttigieg's fundraising practices in past meetings.

While Warren and Sanders as presidential candidates have sworn off wealthy donors, Buttigieg and the rest of the field have continued to hold private finance events with big donors, some with connections to Wall Street. In fact, Buttigieg took the unusual step of leaving New Hampshire this week to hold three fundraisers with wealthy donors in the New York area.

Buttigieg should expect to be under attack Friday night, said Joel Benenson, a debate adviser to Buttigieg last year and a prominent Democratic pollster.

“He’s got to be prepared for incoming from the people behind him, who are going to be punching up and trying to take votes away,” Benenson said.

“He’s got to be prepared to counterpunch, as well, and push back strenuously, but drive his message even when he’s responding,” he added. “If they draw sharp contrasts, he has to, as well."

The field of Democratic 2020 presidential candidates is packed, though some have already dropped out. Those still in the race include a former vice president, senators, businessmen, House members, a former governor and a mayor. As for the GOP, a former governor is still vying to challenge President Trump.

Associated Press writers Will Weissert in Manchester, N.H., and Thomas Beaumont in Des Moines, Iowa, contributed to this report.