The latest news on the 2020 presidential election
Joe Biden

The U.S. Centers for Disease Control and Prevention tried to get into China just one week after China reported the outbreak to the World Health Organization on Dec. 31, 2019

Former Vice President Joe Biden was wrong when he said that the Trump administration made no effort to get U.S. medical experts into China as the novel coronavirus epidemic spread there early this year.

“[W]hen we were talking … early on in this crisis, we said — I said, among others, that, you know, you should get into China, get our experts there, we have the best in the world, get them in so we know what’s actually happening,” Biden, the front-runner for the Democratic presidential nomination, said at a CNN virtual town hall on March 27. “There was no effort to do that.”

Except that isn’t the case.

The U.S. Centers for Disease Control and Prevention tried to get into China just one week after China reported the outbreak to the World Health Organization on Dec. 31, 2019.

“On January 6, we offered to send a CDC team to China that could assist with these public health efforts,” Health and Human Services Secretary Alex Azar said at a Jan. 28 press conference. “I reiterated that offer when I spoke to China’s Minister of Health on Monday, and it was reiterated again via the World Health Organization today. We are urging China: More cooperation and transparency are the most important steps you can take toward a more effective response.” 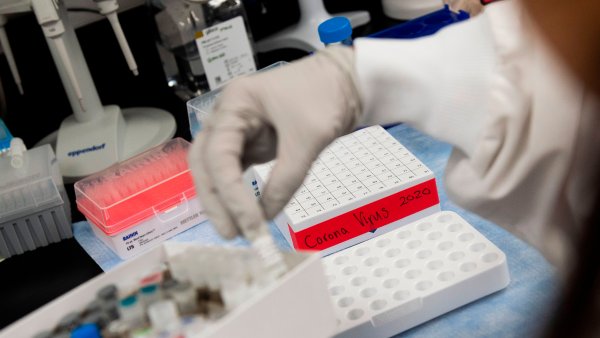 Poll: Less Than a Third of America Will Rush to Get Coronavirus Vaccine

More than a week later, Azar said again at a Feb. 7 press conference that “our longstanding offer to send world-class experts to China to assist remains on the table.”

At the time, the New York Times reported, “Normally, teams from the agency’s Epidemic Intelligence Service can be in the air within 24 hours.”

The Biden campaign did not respond to our requests for comment.

A team of public health experts from the WHO was allowed by Chinese authorities to visit Wuhan, where the outbreak began, later in February, according to the South China Morning Post. The team included specialists from the United States as well as Germany, Russia, Japan, Singapore, South Korea and Nigeria.

Biden was correct at the town hall when he said the Trump administration had eliminated a position set up by the Obama administration, in which Biden served, to coordinate the response to pandemics like the coronavirus crisis. But he got the timing wrong, and Trump administration officials say it was a reorganization, with the responsibilities of that office falling to other individuals.

Crammed shopping carts and store shelves stripped bare continue to be a common sight, weeks into the coronavirus pandemic. Experts say while it's good to be prepared, panic buying will not help to relieve fear and stress.

But it was hardly among the “first things” the Trump administration did. It happened well into Trump’s second year in office.

As we reported on March 3 and March 20, the Trump administration did indeed eliminate a key position that would have been involved in pandemic response.

The Washington Post reported that former National Security Adviser John Bolton dissolved the NSC’s Office of Global Health Security and Biodefense in May 2018 in a reorganization effort. That’s when Rear Adm. R. Timothy Ziemer, who was senior director of the office, left his post. He was not replaced.

According to the Atlantic and the Washington Post, some team members were shifted to other groups, and others took over some of Ziemer’s duties. An NSC spokesman at the time said that the administration “remains committed to global health, global health security and biodefense, and will continue to address these issues with the same resolve under the new structure.”

In a November 2019 report, the Center for Strategic & International Studies recommended restoring the global health security position on the NSC as one of seven key changes to better protect the American public from global health threats.

President Donald Trump reacted to a statement former Vice President Joe Biden's campaign made saying the candidate would be open to having a phone call with the president about the coronavirus pandemic. "I'd love to speak to him," responded Trump. "I always found him to be a very nice guy.

As the discussion continued at the town hall, Biden said, “And in addition to that, what happened was, we had one person in country who was working — he pulled him out of the country.”

It’s hard to say precisely what the former vice president was referring to as he didn’t complete the thought, and, as we said, the Biden campaign did not respond to our requests for elaboration. Presumably, Biden was referring to the Trump administration’s decision to eliminate a public health position in China whose mission was to monitor disease outbreaks in that country, as reported by Reuters last month.

Reuters, March 22: The American disease expert, a medical epidemiologist embedded in China’s disease control agency, left her post in July, according to four sources with knowledge of the issue. The first cases of the new coronavirus may have emerged as early as November, and as cases exploded, the Trump administration in February chastised China for censoring information about the outbreak and keeping U.S. experts from entering the country to help.

“It was heartbreaking to watch,” said Bao-Ping Zhu, a Chinese American who served in that role, which was funded by the U.S. Centers for Disease Control and Prevention, between 2007 and 2011. “If someone had been there, public health officials and governments across the world could have moved much faster.”

Zhu and the other sources said the American expert, Dr. Linda Quick, was a trainer of Chinese field epidemiologists who were deployed to the epicenter of outbreaks to help track, investigate and contain diseases.

But Quick was not the only U.S. health professional in China, although Reuters reported that the number there had been sharply reduced. The news agency reported on March 25 that the CDC contingent, 47 when Trump took office, has been reduced to 14.

So Biden is hardly alone in criticizing the Trump administration for making moves that may have hampered the response to the coronavirus. But he certainly could be much more precise in his assertions, and he was wrong to say the administration made “no effort” to get medical experts into China after the outbreak was reported.