Hundreds Deported Under Biden, Including Witness to Massacre

President Joe Biden’s administration has deported hundreds of immigrants in its early days despite his campaign pledge to stop removing most people in the U.S. illegally at the beginning of his term.

A federal judge last week ordered the Biden administration not to enforce a 100-day moratorium on deportations, but the ruling did not require the government to schedule them. In recent days, U.S. Immigration and Customs Enforcement has deported immigrants to at least three countries: 15 people to Jamaica on Thursday and 269 people to Guatemala and Honduras on Friday. More deportation flights were scheduled Monday.

It’s unclear how many of those people are considered national security or public safety threats or had recently crossed the border illegally, the priority under new guidance that the Department of Homeland Security issued to enforcement agencies and that took effect Monday.

Some of the people put on the flights may have been expelled — which is a quicker process than deportation — under a public health order that former President Donald Trump invoked during the coronavirus pandemic and that Biden has kept in place. 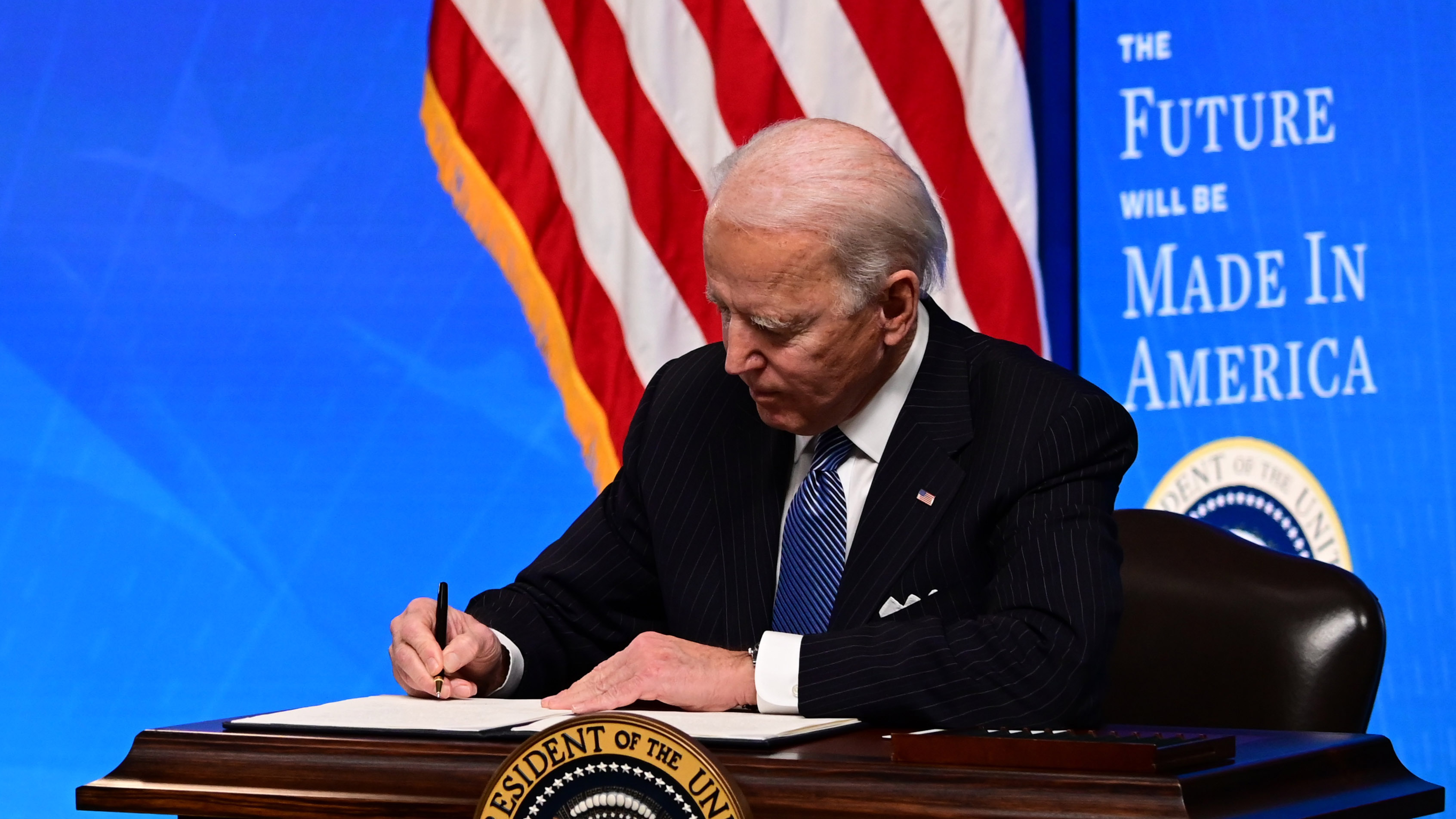 In the border city of El Paso, Texas, immigration authorities on Friday deported a woman who witnessed the 2019 massacre at a Walmart that left 22 people dead. She had agreed to be a witness against the gunman and has met with the local district attorney’s office, according to her lawyers.

Rosa was pulled over Wednesday for a broken brake light, detained based on previous traffic warrants, then transferred to ICE, which deported her before she could reach her attorney, said Melissa Lopez, executive director of the nonprofit Diocesan Migrant & Refugee Services, which represents her.

Rosa is being identified only by her first name because she fears for her safety in Juarez, a city across the U.S.-Mexico border from El Paso that’s known for violence and gang activity.

Jail records confirm that Rosa was booked into the El Paso jail on Wednesday for the warrants and left Friday. ICE had issued what’s known as a “detainer,” seeking to hold her on immigration violations the day she was arrested, according to the El Paso County Sheriff’s Office.

The El Paso district attorney’s office confirmed in a statement Monday that it had given Rosa’s attorneys the documentation needed to request a U.S. visa for crime victims. But the statement also said Rosa “is not a victim of the Walmart shooting case.” The district attorney did not immediately respond to follow-up questions.

After allegations of forced hysterectomies and other disturbing medical practices were raised about a Georgia immigrant detention facility, the private company that runs this facility and others has come under scrutiny. Noah Bookbinder, the executive director of CREW, unpacks the allegations against LaSalle Corrections and why he hopes Congress will get involved.

Her lawyers say Rosa pleaded guilty in 2018 to driving under the influence and ICE later released her, underscoring that authorities under Trump previously found she wasn’t a threat to the public, Lopez said.

“It’s important that President Biden and Vice President Harris realize that despite their very clear desires about how immigrants are treated, we continue to see on a local level immigrants being mistreated and disregarded,” Lopez said.

ICE said Friday that it had deported people to Jamaica and that it was in compliance with last week’s court order. The agency did not respond to several requests for further comment on additional deportation flights or Rosa’s case.

Officials in Honduras confirmed that 131 people were on a deportation flight that landed Friday. Another flight that landed in Guatemala on Friday had 138 people, with an additional 30 people expected to arrive Monday, officials there said.

According to the American Civil Liberties Union, more than two-thirds of the 1,000-plus parents separated from their migrant children have yet to be found. Lee Gelernt, the ACLU lawyer leading the court challenge to the Trump Administration's family separation policy, explains why it has been so difficult to reunite these families and how the separations have caused lasting damage.

The White House referred questions to the Department of Homeland Security, but a spokesman did not return requests for comment.

“My concern is that ICE will continue to move quickly before the Biden administration has an opportunity to make assessments and provide further directives,” Escobar said Monday.

“Scheduling deportations is still a matter of discretion for the agency,” said Steve Yale-Loehr, an immigration law professor at Cornell University.

Gianna Nino-Tapias got a masters degree from Stanford University in epidemiology, but is now working with her family as a migrant farm worker after losing her job due to the coronavirus. She joined LX News to discuss her viral tweet and conditions for migrant workers during the pandemic.

U.S. District Judge Drew Tipton last week granted a temporary restraining order sought by Texas that bars enforcement of a 100-day deportation moratorium that had gone into effect Jan. 22. Tipton said the Biden administration had violated the federal Administrative Procedure Act in issuing the moratorium and had not proven why a pause in deportations was necessary.

Tipton on Friday said he would extend his order through Feb. 23. The Justice Department has not yet asked Tipton or a federal appeals court to block the order.

The White House on Friday reissued a statement saying it believed a moratorium was “wholly appropriate,” adding that “President Biden remains committed to taking immediate action to reform our immigration system to ensure it’s upholding American values while keeping our communities safe.”

Biden is expected to issue a series of immigration-related executive orders Tuesday amid the expected confirmation of Alejandro Mayorkas as Homeland Security secretary. Those orders are expected to include the formation of a task force to reunify families separated during the Trump administration.

Associated Press journalists Will Weissert in Washington, María Verza in Mexico City, and Sonia Pérez D. in Guatemala City contributed to this report.