The mass exodus of Texas Attorney General Ken Paxton's top staff over accusations of bribery against their former boss has left the Republican seeking $43 million in public funds to replace some of them with outside lawyers to lead a high-profile antitrust lawsuit against Google.

Former Paxton aides told The Associated Press that before they reported him to the FBI in September and began resigning, the lawsuit against the search engine giant was set to be handled internally by what is one of the largest state attorney general's offices in the U.S.

The outside lawyers' contracts put a price tag on the fallout from Paxton's deputies accusing him of crimes in the service of a wealthy donor who employs a woman with whom the attorney general allegedly had an extramarital affair. It remains to be seen how much taxpayers will ultimately shell out under the complex deals.

Several top deputies of Texas’ attorney general have reported to law enforcement that their boss engaged in crimes including bribery and abuse of office, according to an internal letter.

"At the time I left, there was no intention of hiring outside counsel," Jeff Mateer, Paxton's former top lieutenant who resigned in October, told the AP.

Mateer said former Deputy Attorney General Darren McCarty was leading the investigation into Google and they intended to assemble a trial team from among the office's thousands of employees.

"Darren was more than able to do it," Mateer said. Sinema's Message: ‘These Marriages Are Normal' 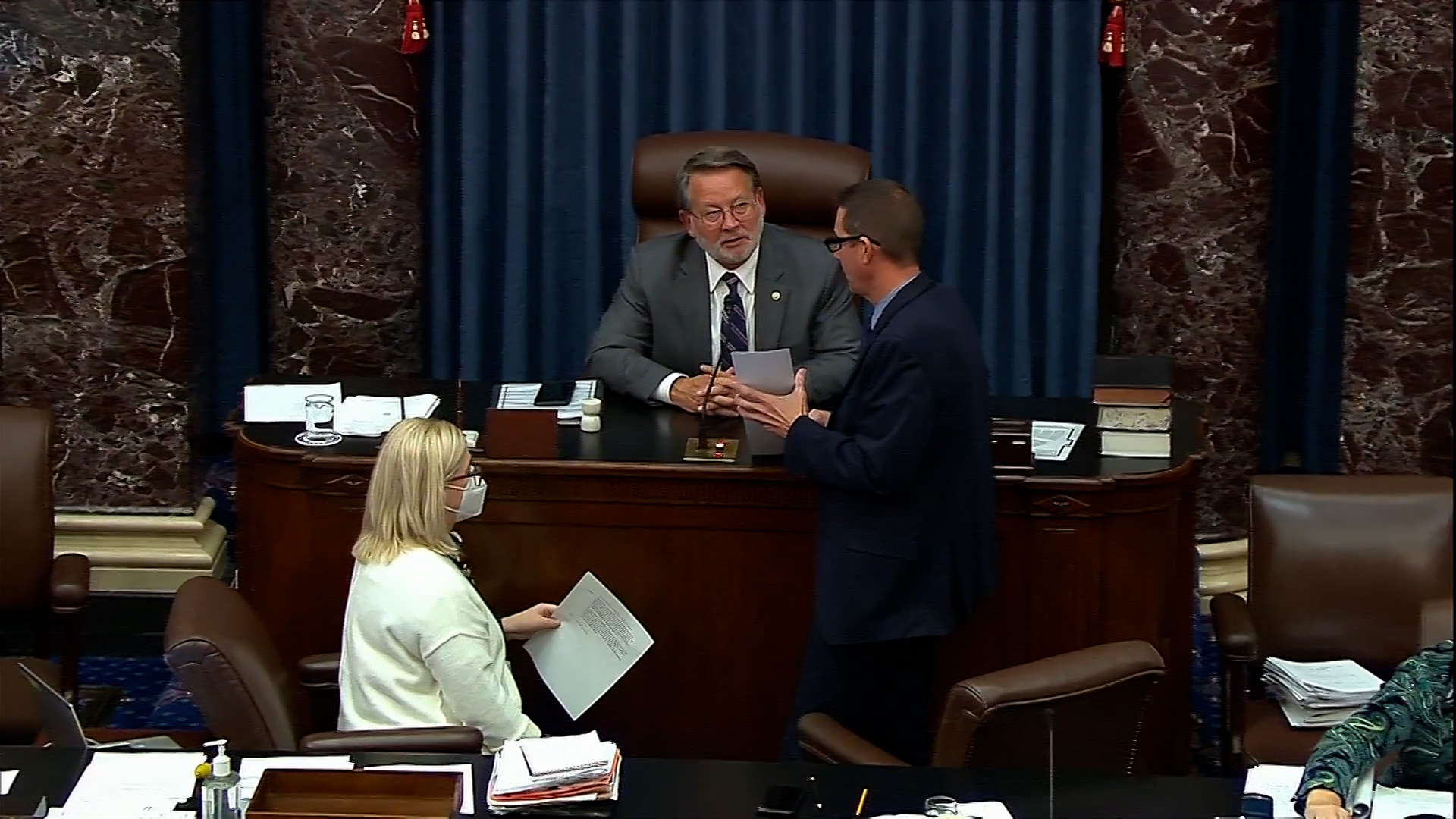 Through public records requests, the AP obtained contracts Paxton signed last month with two big-name law firms and a letter informing lawmakers of them. The letter was sent a day before the contracts were signed.

"The legal services cannot be adequately performed by the attorneys and supporting personnel," of the attorney general's office, Paxton wrote.

The attorney general has denied any wrongdoing. In response to questions for this story, Kayleigh Date, spokeswoman for Paxton's office, said "the contract speaks for itself."

Paxton hired the firms as Texas residents are footing the bill for his defense against a whistleblower lawsuit brought by his former employees. The public may also end up on the hook for legal costs from the FBI's investigation of Texas' top lawman.

Lanier has experience with antitrust litigation and a long record of big wins against corporate giants, including a $260 million settlement last year over the toll taken by opioids in Ohio. He's also a longtime donor to GOP causes and candidates in Texas, including Paxton.

Mateer, McCarty and Ryan Bangert, another senior lawyer involved in the case, all resigned after reporting Paxton to the FBI. All eight of Paxton's accusers have quit or been fired, and four alleged in a lawsuit that the attorney general created a hostile work environment, including by deploying armed guards, to force them out.

Lanier said "you would need to ask the AG" why he was enlisted for the case but that given his legal record, "I hope I was hired as more than a stand in for the departed lawyers." He also said he will be helped by staff in the attorney general's office who have been on the suit from the start.

"Google has assembled the best lawyers unlimited money can buy," Lanier said. "I believe the AG worked to assemble a team that will contend with everyone Google hires."

This team's pay hangs on a complex compensation structure and how the case goes.

Under its contract, Lanier's firm will be paid based on an hourly billing equation or get a slice of any settlement Google pays, depending on which is less. The size of its settlement cut depends on whether Texas' Republican-controlled Legislature approves $43 million to pay the firm's monthly bills up front. If Google doesn't end up paying, Texas will try to recoup its costs in court.

The contract with the second firm, Keller Lenkner, lays out a similar pay plan, without the millions for monthly bills.

It's unclear where the request for $43 million stands, and Paxton's office did not answer questions about it.

Lanier said the case won't pay a lot compared with his other work. "I am doing it out of principal as much as anything," he said.

Texas has the largest Republican-controlled state attorney general's office in the country. With roughly 750 lawyers and 4,000 total employees, it's rare for the state to hire outside counsel.