Understanding NFTs: What are They and Is Your Money Safe?

You may have seen NFTs in the headlines this year – especially as some have sold for thousands, even millions of dollars.

What are NFTs? How do they work? If you buy one, is your money safe?

Read on for answers to some of your most frequently asked questions.

Non-fungible means someone is unique. Non-fungible tokens are digital assets that can be just about anything including art, video or music.

If you create something you want to sell as an NFT, you “mint” it by pushing it onto the blockchain.

What’s the blockchain? In the most basic terms: it's a shared, online ledger. It’s also the backbone of cryptocurrency.

“You can think of the chain as basically being one huge spreadsheet like a Google Doc. What’s in it or in the case of, like, Bitcoin, is the amount of money that everybody has,” said Matthew Stephenson – a behavioral economist.

Stephenson said the blockchain is a set of rules about how information is recorded and updated. Those protocols, for example, prevent someone from simply giving themselves the equivalent of a billion dollars of cryptocurrency.

“If we are going to share this big spreadsheet, then we can't let anybody update it willy-nilly,” said Stephenson.

Those principles also apply to NFTs on the blockchain. The blockchain technology creates scarcity for things that exist in the digital space, said Stephenson.

“It enables this digital scarcity, that it's sort of protected from tampering over time by the rules. You can get money from that, you can get collectibles from that and you can get all the other nice things we might like to be scarce and unique,” said Stephenson.

Stephenson said he worked with Dapper Labs, the company that partners with the NBA for Top Shot.

Each moment has a serial number. Generally, the rarer the moment, the more valuable it is.

“It's a moving image instead of a piece of cardboard, but it’s a collectible and there’s only one of them,” said Cash Sirois.

“There used to be ticket stubs to the Mavs games and now it’s all on your phone. We are progressing into a digital world in everything, so this is a natural progression in my mind,” said Sirois.

Sirois said he started adding Top Shot NFTs to his personal collection earlier this year and he’s not alone.

Dapper Labs said it began the year with 4,796 collectors on Top Shot. By April 23, it said the number ballooned up to around 460,000 collectors.

The Dallas Weekly, a Black-owned publication in North Texas, announced it would mint future editions as NFTs.

“We've had covers, we've had spreads and these things are basically moments,” said Patrick Washington, CEO and publisher.

“My job with the Dallas Weekly has been always about dreaming up new products and new digital ways of getting our information and our stories out to our audience and to our community. When we started all kind of chatting, we were into it,” said Dallas Weekly’s Director of Product, Jeremiah Long.

The publication plans to offer NFTs of select future editions with covers created by artists as a way to support their work and the black press.

“It was really a tangible idea to make some commission and it's another avenue of revenue for us,” said Jessica Washington, COO and director of finance.

“It was a way for us to tap into our local market of artists, especially those who I think deserve to be seen and heard and be on those levels of making hundreds of thousands of dollars for their work. And we could help in that,” said Patrick Washington.

“The purpose of the Black press is to tell our stories that otherwise are not told. One of those stories is the presence of our creative side in the visual arts world,” added Washington. 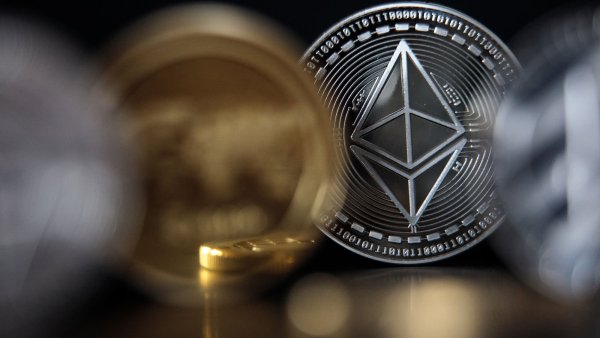 Ethereum: What Is It and How Is It Different From Bitcoin? 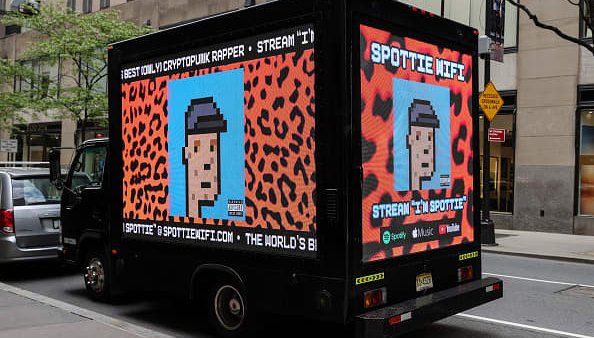 What Else is Possible?

“There's really no doubt in my mind that the whole digitization of society and assets is here to stay,” said Richard Raizes, a partner at blockchain investment firm Plutus21.

The Dallas-based startup grew out of SMU’s entrepreneurship incubator and focuses on blockchain infrastructure investments.

“Scarcity of something digital is definitely a theme that's here to stay. Entrepreneurs and creators from around the world are going to take this scarcity in a digital form and they're going to create what we can't even imagine today,” said Hamiz Awan, founder of Plutus21.

Raizes and Awan said they believe that, in the future, more assets can be minted. And, those deals will someday move through the internet as quickly as email does now.

Is Your Money Safe?

Cathlin Tully, an attorney with the FTC’s division of privacy and identity, said she is especially wary of any promise of getting rich quick with NFTs.

“We tend to see scams pop up in areas like that, especially in newer types of markets,” said Tully.

Tully said to treat any accounts or digital wallets holding your tokens like bank accounts. Guard your passwords, make sure passwords are difficult and unique and don’t reuse passwords for other accounts. Tully said if it's available, enable multi-factor authentication.

“I probably spent about a month pretty heavily investing in it, both from a money perspective and time perspective. I'd say the last two months, I've been waiting to get my money out,” said AG, who asked us not to use his last name in order to keep his account private.

AG told NBC 5 Responds he spent around $10,000 buying NFTs on Top Shot and made some trades, but said he had to wait weeks to withdraw the money. He eventually got it.

Dapper Labs shared this blog post with NBC 5 Responds, pointing to growing pains along with security and compliance checks. It said accounts have to be created for at least 45 to 60 days before an account is eligible for withdrawal access – a policy to prevent credit card chargebacks by bad actors.

“They'll point to it being in a beta. My point is, if you can take my money, you should be able to give me my money,” said AG.

All About the Money?

“The thing that makes us successful as a newspaper is the engagement. Are people actually putting eyes on what we're talking about?” said Washington.

Long’s advice to anyone looking into NFTs?

“A bad reason to support it is to Google, 'What's the hottest piece of art?' and throw your disposable income at it and then hope it's going to turn into a million dollars,” said Long.

“If you are a person who wants to see an artist you really love do really well over time, that's a great reason,” Long added.

For Cash Sirois, NFTs, like his other collectibles, offer competitive fun.