In exchange, the attorney's general announcement said Texas would drop its lawsuit and Civil Investigative Demand.

Paxton had accused the company of violating the Texas Deceptive Trade Practices Act. His lawsuit claimed Griddy’s marketing misled customers about the risk of signing onto the indexed rate plan.

Indexed rate plans or variable rate plans are legal under Texas law and can see rates go up and down depending on the market.

On its website, Griddy published a statement that said its bankruptcy plan, pending court approval, includes releasing customers from unpaid bills in exchange for customers not suing.

No other details were immediately available. 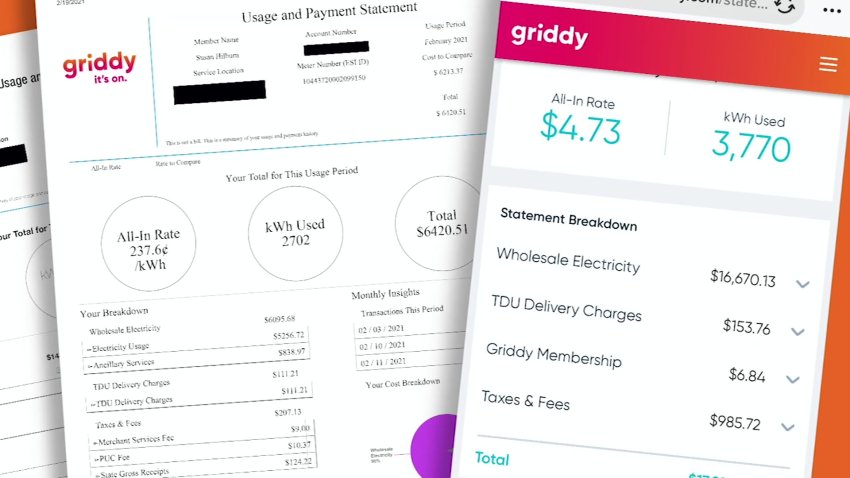 NBC 5 Responds heard from North Texas customers paying anywhere from a few hundred to thousands of dollars for electricity. One man in Royce City said his credit card, tied to his Griddy account, was automatically charged nearly $18,000 to power his 3,000-square-foot home for part of February.

Griddy offered wholesale electricity prices for customers who paid a $9.99 per month membership fee. As the storm approached, Griddy urged customers to find another provider and get on a fixed rate plan.

When electricity prices shot up during the storm, the wholesale costs were passed onto customers.

Earlier this week, Griddy published a statement on its website saying, in part, that Griddy did not profit form the winter storm. Griddy also blamed ERCOT, saying the state’s grid operator set prices at $9,000 per megawatt hour for too long.