The Consumer Product Safety Commission is again recalling small toy magnets and recommending parents remove them from their homes after a growing number of instances of kids ingesting them and needing emergency medical treatment, NBC 5 Responds has learned.

Witten Williams and his twin brother Walker, age 4, keep their family on their toes. But a fun day of play turned the family upside down.

“I just looked over and saw that he was holding something shiny, to his lips,” explained Amber Williams, the boys’ mother. “He said, ‘Mom, I accidentally ate them.’ And I was like, ‘Ate what?’ And then he showed me two of these little silver balls. And I was like, ‘Oh, no, these are magnets!’”

Since Witten seemed OK, the family decided to wait for 24-hours to see if the magnets would pass on their own. When they didn't, their pediatrician sent them to the emergency room. 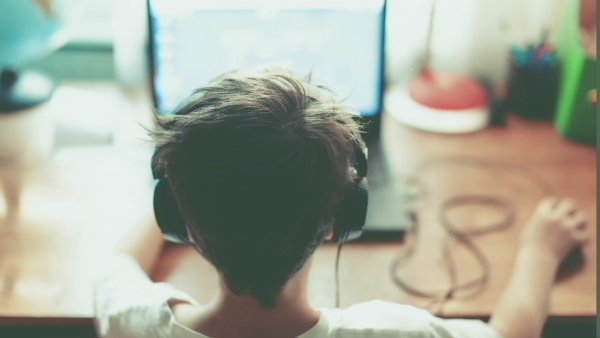 How to Keep Children Safe From Online Scams, Identity Theft

“They could see them on the X-ray scan, but they couldn't tell us exactly where they were,” said Williams.

The next morning the doctor ordered a colonoscopy but couldn't find the magnets.

“They went as far as they could with that camera and they couldn't find anything,” said Williams.

“When three doctors come to get you from the waiting room, it's not, it's never good news,” said, Johnathan Williams, Witten’s father. “That's when it really started to sink in for me.”

A laparoscopic search of Witten’s intestine revealed the magnets had made their way to his appendix. Doctors performed surgery to remove it.

“It happened to be stuck in a place that's an organ that he doesn't even need. So, it really was the best-case scenario,” said Amber Williams.

Dr. David Troendle was one of Witten’s doctors at Children's Medical Center Dallas. He said he is seeing more and more cases where children, even teenagers, have swallowed magnets.

“I'd say we're probably seeing one or two of these cases a month. It's quite terrifying,” said Troendle. “They are 10 times more powerful than traditional magnets … they're very, very tiny.”

Troendle said the magnets are an eighth of an inch in size but that they can hold over 1,000 times their weight.

In 2014, after hundreds of children were injured and hospitalized, the CPSC deemed toy magnets and games made from rare earth elements a safety risk and recalled them from the market.

In the years immediately after, magnet ingestions decreased by nearly 80%.  But in 2016, a court reversed that decision, allowing the toys back on the market.

New data from the American Association of Poison Control Centers shows cases of magnet ingestions jumped by more than 530% between 2017 and 2020.

Cases Across the U.S.

Earlier this year, a Florida boy was hospitalized after swallowing 16 magnetic balls. A toddler from South Bend, Indiana swallowed 19 magnets. And in 2020, a New Jersey boy had surgery after eating a set of magnet balls he received as a birthday gift.

“The danger isn't necessarily recognizable to parents. So, they don't even think this is something dangerous. They think it's something that looks really cool and fun,” said Nancy Cowles from Kids in Danger.

Cowles runs the nonprofit and has been tracking the issue for years.

"It's something that we believe should really just be taken off the market because the risks are much greater than any benefit of the product,” said Cowles.

Just last month, the CPSC issued a mandatory recall of 10 million magnets due to ingestion hazards and risk of death.

“We're glad to see that they took aggressive action on this. However, as I said, there are many other companies still selling these products. Most of the major sellers in the U.S. no longer do. But if you go online, you'll see they're still everywhere. So, there's still a lot more work to do,” said Cowles.

“It was three procedures, a lot for a little guy,” said Amber Williams.

The Williams family filed a complaint with CPSC letting them know about Witten's case.  They weren't sure what brand of magnet he swallowed but said they're thankful they didn't cause more damage.

There are multiple brands of toy magnets on the market. The CPSC requires they not be marketed to children under age 14.  If you have them in your home and you have children, experts said you should get rid of them immediately.