How Unemployment Fraud Soared in the Pandemic

The most recent state estimates show criminals made off with more than half a billion dollars in unemployment benefits in Texas since last March. The problem isn’t limited to Texas. Nationally, experts estimate billions in pandemic-related benefits have been stolen.

Between March 2020 and March 2021, the Texas Workforce Commission says it identified 373,000 claimants as suspicious for ID theft. Compare that to the 1,142 suspicious claims in 2019. The TWC points out not all identified claims are confirmed ID theft, but most likely are.

Of the 373,000 claims considered suspicious during the pandemic, the TWC says stopped most of the claims, around 255,000, before any payments went out.

Even so, the TWC estimates it paid approximately $577 million in fraudulent unemployment benefits during the pandemic.

“This is out of a total of $44.7 billion dollars that has been paid out since the beginning of COVID-19. It's a very large number and we're seeing a large amount of fraud that's not only corresponded to that large number of cases but also represents a large attack on the system. And it's a nationwide attack,” said James Bernsen with the TWC.

Bernsen said there is no hack of the TWC system. The bulk of the suspected fraud is committed by criminals using stolen identities to file phony unemployment claims.

This type of fraud soared during the pandemic when millions of people lost their jobs almost overnight.

“The whole unemployment fraud situation has been the biggest wake-up call we've had in a decade or more,” said James Lee, chief operating officer at the Identity Theft Resource Center.

“We were so fixated on keeping the bad guys away from your Social Security number, your credit card number, your credit files that we missed the fact that they didn't need that information. We were giving it away. It's on your social media. We were giving it away in the sense that we gave people our logins and passwords and then they just go and get into a business and can steal all the information that they ever wanted or hold it for ransom,” said Lee.

Lee said the government needs to update its authentication systems.

“The things we're looking at today: how you hold your phone. Do you hold it in your left hand, do you hold it in your right hand? How hard do you press on your phone? These are all things that are unique to you and they are things that can be used to say, yes, that's you. Or, at least ask the question: that doesn't look like you. I need some additional information to prove you... are you,” said Lee.

Some states, including Texas, began deploying ID.me. TWC uses the digital identity verification company in some cases, usually when fraud is suspected, and an unemployed Texan is asked to verify their identity.

TWC says it’s not something it’s considered for every application, saying it could delay payments to unemployed Texans when they’re needed most. 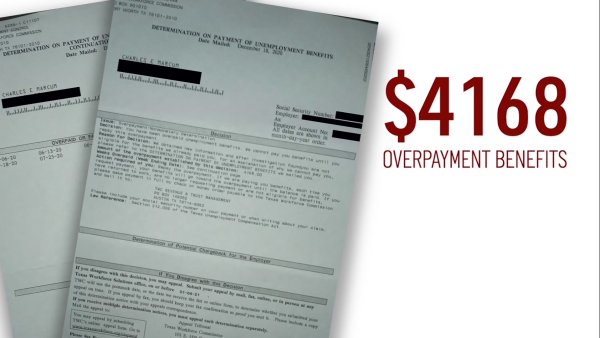 NBC 5 Responds: North Texas Man's Benefits Delayed After Someone Used His Identity to Cash In 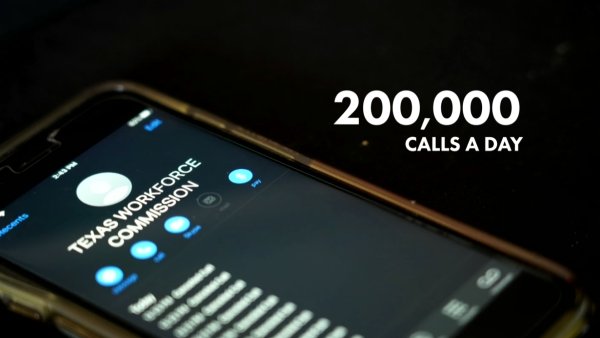 “In order to get them those benefits, you have to build a system that has a little bit of risk, because if you build an ironclad system that stops all fraud, it would also delay people's benefits by weeks and months,” said Bernsen.

A false claim in her name

Many victims of fraud due to identify theft didn’t know their names were used to steal benefits until they became unemployed and couldn’t file for benefits because a stranger beat them to it. Others receive tax forms in the mail or their employer gets a notice an employee has filed a claim.

That’s what happened to Brenda Martinez. She received a call from her HR department at work.

“Hey, we received an unemployment claim for you,” recalled Martinez. “It was odd because my daughter texted me about the same time saying, mom, how long have you been unemployed?”

Martinez said her daughter picked up Martinez’s mail at an old address where the TWC mailed information about unemployment benefits.

Martinez never lost her job during the pandemic and says she never filed a claim for unemployment insurance.

“I was mad. Where did they get this?” said Martinez.

Martinez filed a police report with Garland PD and said she called the TWC.

“It hangs up after an hour,” said Martinez. “I never got through to a human in the fraud department.”

Martinez followed up in writing and hasn’t heard much back.

“I need to know that they got it, they're working on it, and that nothing's going to come back on me,” Martinez said.

If you report suspected fraud, TWC says it will only contact you if it needs more information. The TWC says it’s prioritizing resources on investigating claims and that it’s not possible to respond to everyone because of the sheer volume of claims.

Martinez doesn’t know if benefits were paid out in her name. The TWC says she likely helped flag the claim in time.

“I want to know that they're doing something, they've got something in place to protect us,” said Martinez.

If you are a victim of unemployment fraud, you can report it to the Texas Workforce Commission’s online fraud submission portal on its home page.

TWC outlines the steps you can take on this page.

If, after identity theft has been confirmed, an ID theft victim receives an overpayment notification from the TWC, you should email TWC’s Identity Theft unit at IDTTF@twc.state.tx.us

If you’re a victim of identity theft, you can file a report with police and the FTC.

Contact at least one of the three credit reporting bureaus to place a fraud alert on your credit record. Each bureau is required to notify the other two.

If you receive an incorrect 1099-G form for unemployment benefits you did not receive. The IRS says do not report that income on your federal income tax return. Only report the income you received.

You can still file your return even if you haven’t received the letter from the TWC.

If you suspect your banking information was compromised, contact your financial institution immediately.

Notify your employer of any fraudulent claim.