Across North Texas, police departments say reports of catalytic converter thefts shot up during the pandemic and spiked this spring.

The National Insurance Crime Bureau said Texas was in the top five states hit hardest by the crime in 2020.

In 2021 Texas lawmakers passed a new law hoping to deter the theft.

NBC 5 Responds wanted to know: Will the law help and what can consumers do to protect themselves?

At her Dallas apartment, Tara Ross-Welsh finds herself on high alert at home.

“I'm paranoid, I can't sleep, I'm getting up. I'm going out there, getting out of my bed and looking up under my car,” Ross-Welsh said.

“Even had the catalytic converter welded up to the car. I'm thinking, 'They're not going to mess with it,'” Ross-Welsh said.

She said it happened a third time in October. Ross-Welsh said she’s battling kidney cancer. The thefts left her scrambling to get to medical appointments.

Ross-Welsh said her apartment complex parking lot is well-lit and she parks as close to the entrance of her home as possible. She’s frustrated, unsure of what to do next to protect her vehicle.

“I'm trying to do what I can do to keep the car safe. What do you do? What's next?” she asked.

Irvin Medrano, a mechanic at A&B Muffler and Brake of Texas in Arlington, said he’s seen it all since the pandemic began.

He showed NBC 5 Responds a video his coworker took of a customer’s vehicle. Thieves found a way around a cage, installed to protect the catalytic converter. Medrano said the cage weighed at least 30 pounds.

“They don't care,” Medrano said. “They just cut through whatever they got to cut through.”

Small, battery-operated saws with metal cutting blades are the tool of choice. Police say thieves can slide under a car and cut out the part within a minute.

Irving police shared this surveillance video taken in March. It takes just over a minute for someone to get under a pickup, cut out the catalytic converter and leave.

How Can a Consumer Protect Themselves?

Arlington police, like many departments NBC 5 Responds reached out to for this story, reported a spike in catalytic converter thefts this year.

Between January and October of 2021, Arlington police counted 613 catalytic converter theft reports. There were 253 reports in 2020 and only eight for 2019.

“It was almost not on the radar at all,” Ofc. Jesse Minton said.

Minton recommended vehicle owners park in a garage. If that’s not possible, Minton said shields and locks can help make it harder for a thief to target a catalytic converter. Some aftermarket anti-theft products can cost a few hundred dollars and require a mechanic’s help to install. A muffler shop can also build a cage around a catalytic converter.

Many victims reported their car alarms didn’t go off when a thief cut out their catalytic converter. Minton said to consider a car alarm with a tilt-sensor and vibration detection.

You can also have your VIN or driver’s license number etched directly onto your catalytic converter. Some North Texas police departments offer the service for free. Police said many cases go unsolved because there’s no link between the catalytic converter and the victim’s vehicle.

Minton said those precautions may discourage theft, but nothing is foolproof.

“The more things you do to help prevent yourself from being a victim, the better,” Minton said.

In police lingo, consumers are aiming to harden the target.

“There is no guarantee that I'm aware of, as a police officer, where we can say, 'If you do this, you will not be a victim of this crime,'” Minton said. “But we would hope if you could do a couple of those things, that it would lessen the chance.”

This is also a good time to ask questions about your insurance policy. The optional, comprehensive portion would cover a catalytic converter loss, minus the deductible. 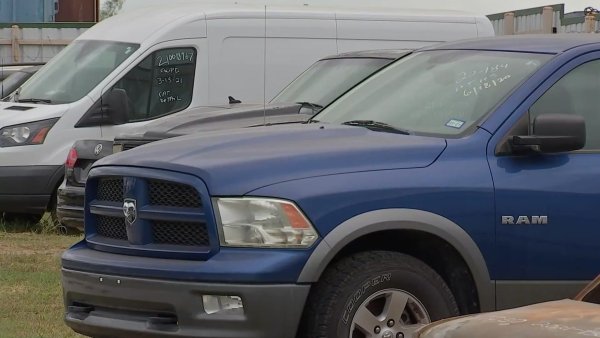 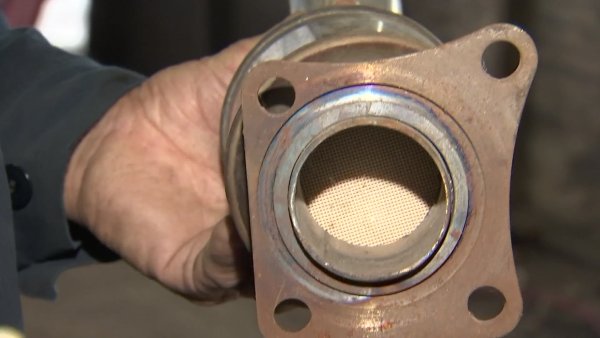 In September, a new Texas law took effect. It requires recycling facilities to mark catalytic converters and take a thumbprint from the seller.

The seller must provide documentation showing ownership of the vehicle the part came from.

The new law also bumps up penalties from a misdemeanor to a felony.

Bryan Sudan, commander of the Tarrant Regional Auto Crimes Task Force said it made progress breaking up organized theft rings, but sellers are also on the move.

“It's not unusual for our known suspects to be selling their catalytic converters in Mississippi or up north. Supposedly, it's bringing in top dollar,” he said.

“One of the ideas we floated to the manufacturers is, you know, many parts on a vehicle are marked, mark those, put a serial number on them,” Sudan said.

The Alliance for Automotive Innovation told NBC 5 Responds in an email, “There has been an increase in catalytic converter thefts from some vehicles across the country. The entities that purchase stolen catalytic converters are the logical first step in curtailing this criminal activity. We are reviewing the issue very closely and engaging with policymakers and law enforcement authorities concerning how legislation or other efforts to increase public awareness can help deter such criminal activity.”

'My Car Was Still Hit'

She said she wants her neighbors and yours to be aware of the crime and call the police if you see signs of trouble.

“Say something because it's me now, but it could be you."