School's out and if you're looking for a way to get your kids to put down the games and stay on top of their chores --there's an app for that.

It's called Busy Kid and it's a cool tool that not only helps keep kids busy but it's helping kids learn how to save and manage money and for parents it's as simple as one click!

Keeping kids busy during the summer is every parent's challenge-especially when it comes to chores.

But keeping busy is no problem for 9-year-old Ellie and 10-year-old Ava Williams-who are eager to help around the house.

"I think it was more of a game to them at first of, you know, let me check this off just so I can see how much money I can accumulate," said Sachse resident, Tina Williams.

Three years ago, the Williams family signed up for Busy Kid. It's an app-based program that teaches children the basics of how to earn an allowance by three principles: spend, save and give.

And in today's digital world-everything is done on the app, so parents don't have to worry about going to the bank for cash. 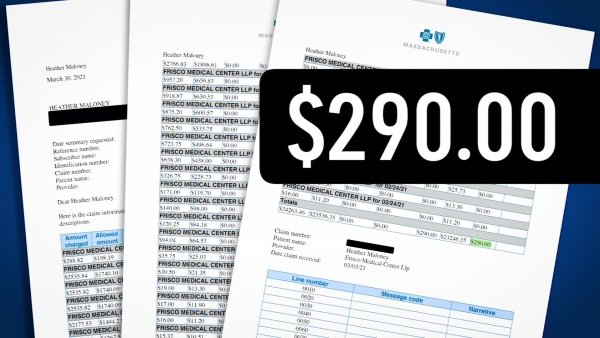 What You Should Know Before Giving Your Hospital a Deposit

"It's a lot easier than trying to keep up with the money and you think it's more fun. Yeah, having a credit card is fun," said Ava Williams.

Williams and her husband wanted to start teaching the value of earning money and saving at an early age.

But they weren't impressed with the current programs out there until they found Busy Kid.

"I absolutely loved the idea of being able to translate what you would traditionally use in a piggy bank in your chores to be able to modernize it and doing it in a digital world," said Williams.

"The nature of money has changed. Now, money is not so much bills and coins, it's little numbers on a screen and that's really kind of all it is. So trying to teach that kind of nebulous concept to a kid is actually fairly challenging for a parent now and so we have to embrace technology and really teach them in that way so that they get it," said Busy Kid creator and CEO, Gregg Mursett.

Mursett has six kids of his own and says teaching kids finances as early as the age of 5 can have a lasting impact for years to come.

"Get them in the summertime, not just laying around sleeping until 10 o'clock. Like, get them to where they understand, 'oh, shoot, I got to get up and get the stuff done on my list of chores before I can go do the stuff that I want to go do,'" Mursett said.

"They'll start learning those behaviors that are really going to get them ahead in the long run."

But it's not all about chores and work around the house.

Both Ellie and Ava can also earn by simply practicing the piano.

Or reading their favorite book.

And while spending what they've earned can be fun-- another principle of the program is giving.

"I like giving to autism places and I like to give to food banks and people that give shelter for kids," said Ava.

And Ava already has her eyes on something she's saving for.

"I'm saving up for a car now. I want a convertible."

The Williams family said the app is super easy to use and plan to match whatever each girl is able to save towards a car when they turn 16!