Trump Says Back to Normal in Golf Means Big Crowds, No Masks

President Donald Trump’s idea of golf getting back to normal is having thousands of fans who aren’t wearing masks in attendance and "practically standing on top of each other."

Trump joined the NBC broadcast Sunday of "TaylorMade Driving Relief," a Skins game involving Rory McIlroy and Dustin Johnson against Rickie Fowler and Matthew Wolff. It was the first live golf on television since the COVID-19 pandemic shut down golf and other sports on March 12.

The PGA Tour plans to return on June 11 at the Charles Schwab Challenge in Fort Worth, Texas. The tour has said it will not have fans for at least a month. 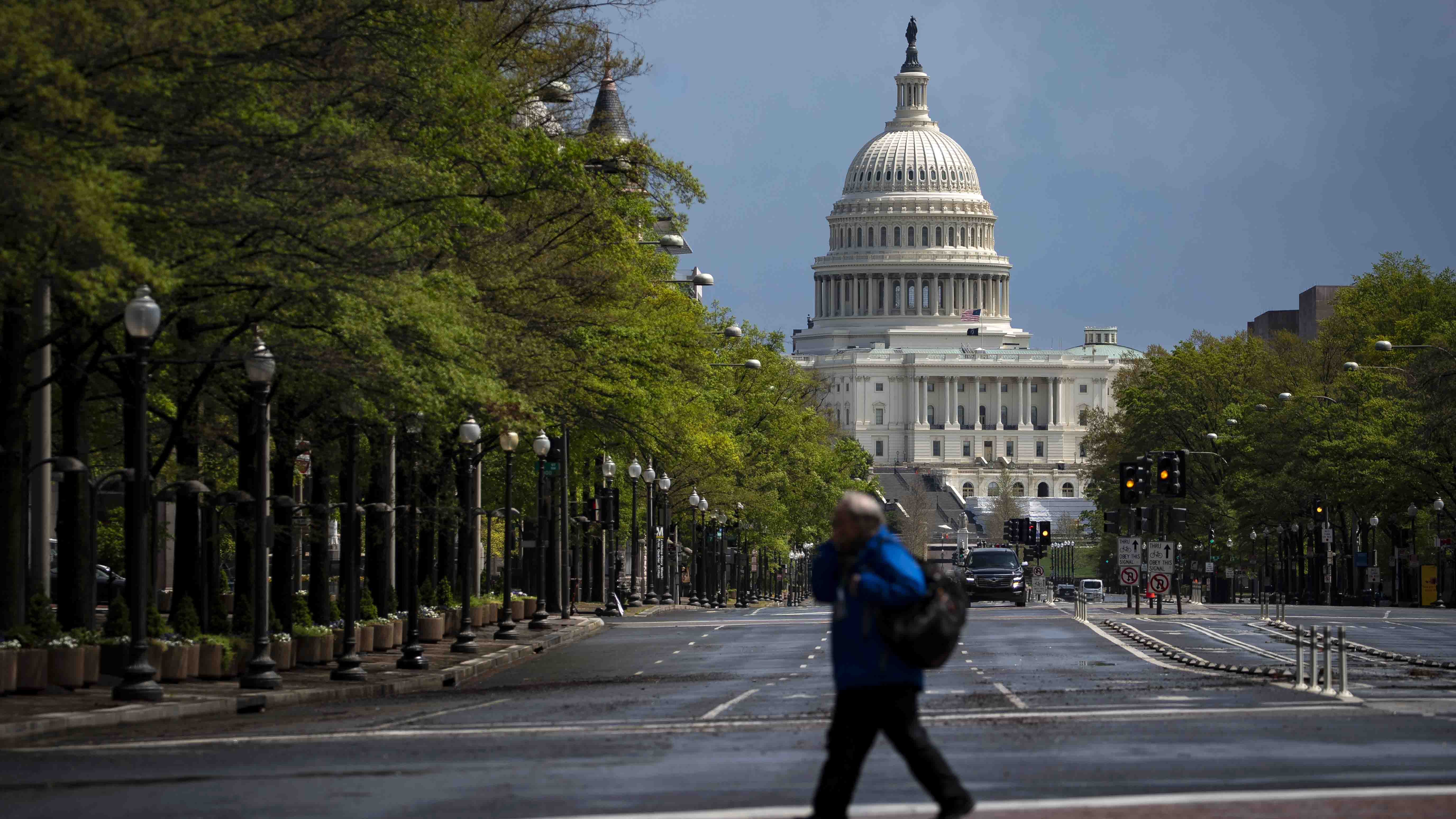 "After that, hopefully, it will be back," Trump said in his interview with NBC host Mike Tirico. "We really want to see it back to normal so when we have all these thousands, tens of thousands of people going to your majors and going to golf tournaments, we want them to be having that same experience. We don’t want them having to wear masks and be doing what we’ve been doing for the last number of months. Because that’s not getting back to normal.

"We want to be back to normal where you have the big crowds, and they’re practically standing on top of each other and they’re enjoying themselves, not where they’re worried," he said. "But in the meantime, they do the social distancing, and they practice that. And they've been doing really well. The country is ready to start moving forward."

No fans or media were allowed for the Skins match at Seminole Golf Club in Juno Beach, Florida. The same policies will be in place next Sunday at nearby Medalist for a charity match of Tiger Woods and Peyton Manning against Phil Mickelson and Tom Brady.

Trump said he knows most of the PGA Tour players and has played with many of them. That includes McIlroy three years ago. McIlroy criticized Trump on the McKellar Journal podcast this week for politicizing the pandemic and says he would not play golf with him again.

Tirico raised McIlroy’s name as being among those who have played with Trump and what they talk about on the golf course. The president didn’t bite on McIlroy’s recent comments.

"A lot of them are very political, actually," Trump said. "Some like my politics very much, and probably some don’t. I guess the ones that don’t, I don’t get to see as much."