One man died and five others were hurt Monday after being trapped inside a building that was under construction in West Dallas, according to Dallas Fire-Rescue.

Six construction workers were inside the collapse zone when the building in the 2600 block of Borger Street caved in Monday afternoon, said DFR Spokesman Jason Evans.

Jason Evans with the Dallas Fire Department gives the latest on the the building under construction collapse.

The Dallas County Medical Examiner identified the man as 35-year-old Raul Ortega-Cabrera. On Tuesday, his cousin and members of the Arlington band he played with for 14 years remembered him.

Members of the band, Lobillos Musical de Durango, held Ortega-Cabrera's saxophone while they sang the last song they all performed together, titled: "I'm Never Going to Forget You."

Ortega-Cabrera's cousin was on his way to work at the construction site and arrived to see him trapped under a heavy beam.

Several family members working on the job tried to go in to free Ortega-Cabrera from the rubble.

"Yes I need to do something, the police say, 'No, sorry, no can,'" said Noe Ortega-Cabrera.

Their loss is a deep one, made harder by the fact that Ortega-Cabrera and his wife were expecting their third child.

Those who loved him will hold on to those happy memories, remembering how much he loved music and how he could light up a stage.

"A lot of people say can you play one more, one more and he was always ready," Orozco said. "He always was ready for playing one more and sometimes two or three."

One person is dead and five others were hurt after being trapped inside a building that was under construction in west Dallas, according to Dallas Fire-Rescue.

OSHA is now investigating the incident. The homebuilder, Megatel Homes, said it believed Monday's high winds and heavy rain caused the collapse. Megatel said it is also conducting an investigation of its own.

The other five construction workers who were injured were transported to nearby hospitals after the collapse, but were all expected to be OK.

"Considering what you see behind us, one structure completely collapsed to the ground and one right behind it that used to look exactly like what the collapsed one looks like still standing-- so considering how devastating that collapse must've been we're very fortunate that the people who did survive, survived with the injuries that they did," Evans said.

Strong winds and heavy rain may have contributed to the collapse, but it is too early in the investigation to be sure. The company in charge of the site, Megatel Homes, believes weather is to blame, releasing a statement that said in part, "The high winds and heavy rain that Dallas is currently experiencing caused the unfinished structure to become vulnerable and collapse." 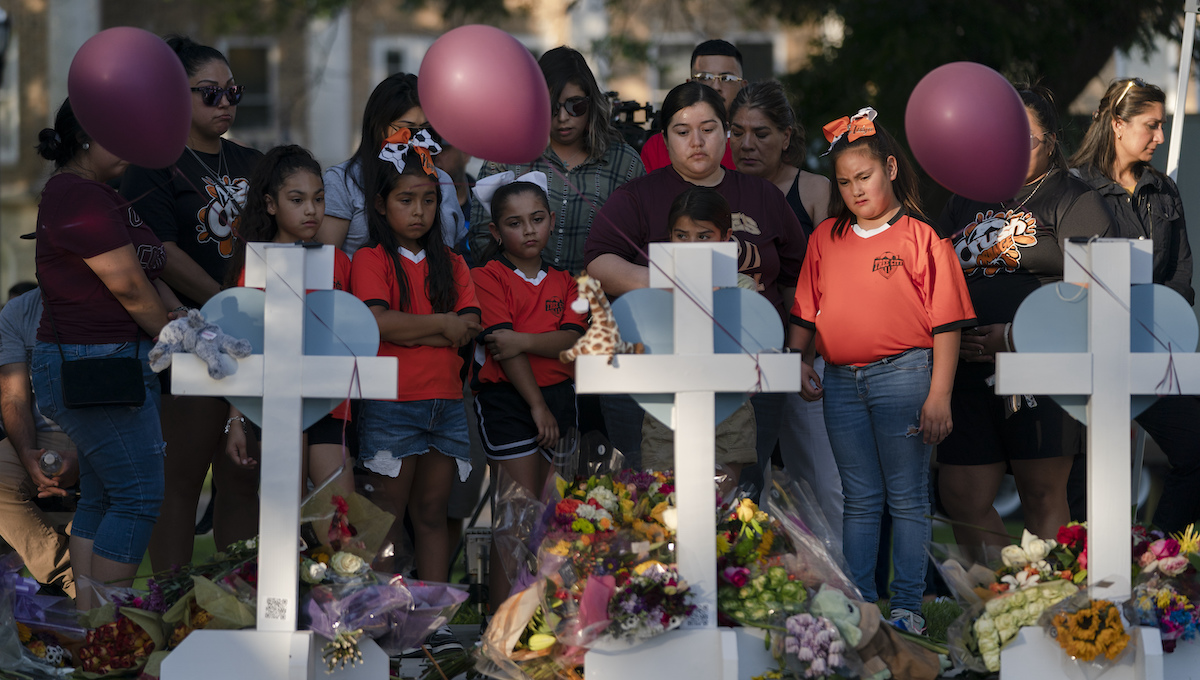 Neighbor Irma Saenz talked to NBC 5 about weather conditions in the area.

"Very windy, it looked like tornado because the winds were blowing so hard and the rain was so hard that you couldn't even see outside," she said.

Others told NBC 5 that the sound of the collapse was loud enough that they thought something had hit their home.

"Imagine a house or a building or something just -- bang, falling that's how it sounded," neighbor Daniel Macias said.

Officials said 20 to 30 construction workers were in the area when the building collapsed.