Stone Trial Testimony Ends With Talk of Outreach to Kushner

Testimony in the colorful trial of Roger Stone — featuring talk of dognapping and Godfather references — wrapped up Tuesday with a top Trump campaign official telling jurors that Stone tried to contact Jared Kushner to "debrief" him about hacked emails damaging to Hillary Clinton's presidential campaign.

While Stone's trial in Washington didn't produce the bombshells about President Donald Trump that some expected, the testimony over the last week reinforced that those at the highest ranks of the Trump campaign were eager to gather information about WikiLeaks' plan to release the damaging emails and saw Stone — who had repeatedly inferred he had inside information about those plans — as the best person to gather that intelligence.

Stone, a longtime Trump friend and ally, is charged with witness tampering and lying to Congress about his attempts to contact WikiLeaks about the damaging material during the 2016 presidential campaign.

Stone, who has denied wrongdoing, did not testify. His attorneys rested after playing a tape of his congressional testimony. Closing arguments are scheduled for Wednesday. 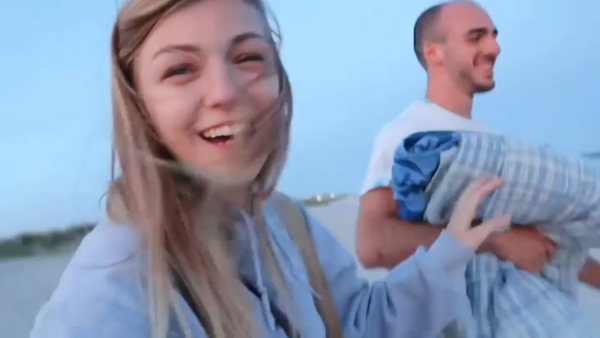 Throughout the trial, prosecutors used Stone's own text messages and emails — some of which appeared to contradict his congressional testimony — to lay out their case that he lied to Congress and threatened a witness.

Rick Gates, who was Trump's deputy campaign chairman and became a key cooperator in the special counsel's Russia probe, told jurors he received a text message from Stone on June 15, 2016, asking for Kushner's contact information. He said Stone wanted to "debrief" Kushner on developments about the hacked emails. Kushner was a senior campaign adviser at the time.

Gates did not say if Stone received Kushner's information. Kushner's attorney did not respond to a message seeking comment.

The prosecution rested its case after recalling a former FBI agent who had previously testified about a series of phone calls between Stone and then-candidate Trump — including three calls on July 14, 2016 — the day that a massive hack of the Democratic National Committee's servers was reported.

The president told special counsel Robert Mueller's prosecutors in written responses to questions that he had no recollection of any particular conversations about the hacked emails.

Stone, whose history in Republican political circles dates back to the Nixon era, was charged as part of Mueller's investigation into Russia interference in the 2016 presidential election.

Stone has consistently criticized the case against him as politically motivated and the judge overseeing his case had to issue a gag order in February after he posted a photo on Instagram of the judge with what appeared to be crosshairs of a gun.

His trial has become somewhat of a spectacle in Washington — even as the world's eyes were drawn to the House impeachment inquiry. Before the trial even began, a spectator collapsed during jury selection and Stone later fell ill and needed to leave early because of food poisoning .

On another day, as Stone dined in the courthouse cafeteria with right-wing provocateur Milo Yiannopoulos, protesters turned a large inflatable rat that looked like Trump toward the cafeteria windows.

Jurors also heard from Randy Credico, a New York radio talk show host and comedian who scored an interview with WikiLeaks founder Julian Assange in 2016, when he was avoiding prosecution by sheltering in the Ecuadoran embassy in London.

During the 2016 campaign, Stone had mentioned in interviews and public appearances that he was in contact with Assange through a trusted intermediary and hinted at inside knowledge of WikiLeaks' plans. But he started pressing Credico to broker a contact, and Credico testified that he told Stone to work through his own intermediary.

Yet earlier testimony revealed that Stone, while appearing before the House Intelligence Committee, named Credico as his intermediary to Assange and pressured Credico not to contradict him.

After Credico was contacted by Congress, he reached out to Stone, who told him he should "stonewall it" and "plead the fifth," he testified.

Stone called a Credico a "rat" and a "stoolie" in a threatening April 2018 email. Credico also testified that Stone used repeated references from the movie "The Godfather Part II" to intimidate him into either backing up Stone's testimony to Congress or refusing to testify.

"I'm going to take that dog away from you," prosecutors said Stone wrote in the threatening message.

Stone briefly served on Trump's campaign but was pushed out amid infighting with campaign manager Corey Lewandowski. Though sidelined, he continued to communicate with Trump and stayed plugged into his circle of advisers.

Prosecutors charged that he repeatedly lied to Congress "because the truth looked bad" for the president.

Even his lawyer, Bruce Rogow, didn't deny that Stone had told the House committee things that were untrue. Rogow described his client as a natural braggart whose claims of insider information didn't match reality.

But, he argued, Stone didn't have any "corrupt intent."

Gates' appearance on Tuesday came about a week after the Justice Department released documents detailing how he described the campaign's interest in obtaining stolen emails of Democrats to the FBI. He repeated some of those details in his testimony Tuesday.

On the stand, Gates described overhearing a speakerphone conversation in July 2016 between Stone and Paul Manafort, his longtime business associate and the campaign chairman, after WikiLeaks released its first batch of emails, and Stone told Manafort that "additional information would be forthcoming."

"Mr. Manafort thought it would be great," Gates testified.

At the end of July, Gates said he was with Trump on a car ride from Trump Tower to LaGuardia Airport when Trump was in the midst of a conversation with Stone, whose voice Gates recognized on the other end of the line.

Defense lawyers objected to the question when Gates was asked about it, but he was allowed to testify that Trump indicated after the call concluded that "more information would be coming," presumably related to WikiLeaks.