Report: Corporate Climate Pledges Are Weaker Than They Seem

24 companies including CVS, Walmart, and Nestle, had vague information regarding the potential impact of their emissions-reduction measures or "might have exaggerated their use of renewable energy," according to the report

Many of the world’s largest companies are failing to take significant enough steps to meet their pledges to vastly reduce the impact of their greenhouse gas emissions in the decades ahead.

That’s the conclusion of a new report by the NewClimate Institute, an environmental organization that works to combat global warming. Its researchers, who examined the actions of 25 companies, concluded that many of them are misleading consumers by using accounting practices that make their environmental goals relatively meaningless or are excluding key parts of their businesses in their calculations.

The companies have pledged to make their emissions reductions or to offset their emissions through such techniques as planting carbon-capturing forests over self-imposed periods ranging from 2030 to 2050.

The authors chose to study corporate giants, including Amazon and Walmart, which made bold climate pledges and who, because of their size, are seen as especially influential. In recent years, large corporations have increasingly adopted pledges to significantly reduce their carbon footprints — a priority of growing importance to many of their customers, employees and investors.

NewClimate Institute concluded that even though many companies have pledged to reach net-zero emissions, the 25 companies they studied have collectively committed to reduce emissions by about 40% — not the 100% that people might be led to believe from the companies' net-zero or carbon-neutral pledges.

Limiting methane emissions is a step toward curbing climate change — but how big of a step is it? NBCLX Climate Reporter Chase Cain weighs in, and we address the push for other climate solutions like more electric freight and utility trucks. Plus, we preview his new Climate Change Survival Guide series.

“We were frankly surprised and disappointed at the overall integrity of the companies’ claims” said Thomas Day of NewClimate Institute, one of the study’s lead authors. “Their ambitious-sounding headline claims all-too-often lack real substance, which can mislead both consumers and the regulators that are core to guiding their strategic direction. Even companies that are doing relatively well exaggerate their actions.”

Among the 25 companies the researchers studied, 24 relied too heavily on carbon offsets, which are rife with problems, the report said. That's because carbon offsets often rely on carbon removal ventures such as reforestation projects. These projects suck up carbon but are not ideal solutions because forests can be razed or destroyed by wildfires, re-releasing carbon into the air.

Most of the companies, the report said, presented vague information on the scale and potential impact of their emissions-reduction measures or might have exaggerated their use of renewable energy.

The report called Amazon’s goal of net-zero carbon by 2040 unsubstantiated. It said it was unclear whether Amazon’s goal referred solely to carbon dioxide emissions or to all greenhouse gases. The report also said it was not clear to what degree Amazon planned to reduce its own emissions, as opposed to buying carbon offset credits which rely on nature-based solutions.

In response, Amazon said it has been transparent about its investments in nature-based solutions, and disputed that its net-zero goals are based on offsets. The company said it's on a path toward powering its operations with 100% renewable energy by 2025, five years ahead of its original target of 2030. It also highlighted other initiatives including deploying 100,000 electric delivery vehicles by 2030.

As an example of a misleading goal, the report said CVS Health could potentially achieve its 2030 emissions target with little effort because it compared that target with a base year that included extraordinarily high emissions.

A CVS spokeswoman responded that after the company's merger with Aetna in late 2018, 2019 was the first full year of data the company could use as a baseline for the new combined entity.

“By 2030, we plan to reduce our environmental impact by more than 50%, including a reduction in our energy consumption and use of paper and plastic,” the company said.

The NewClimate report said that Nestle, among the companies with the lowest marks, had emissions-reduction plans that covered only portions of its business and that its net-zero targets relied upon carbon offsets. The company also provided little detail on the renewable electricity sources it was pursuing, it said. 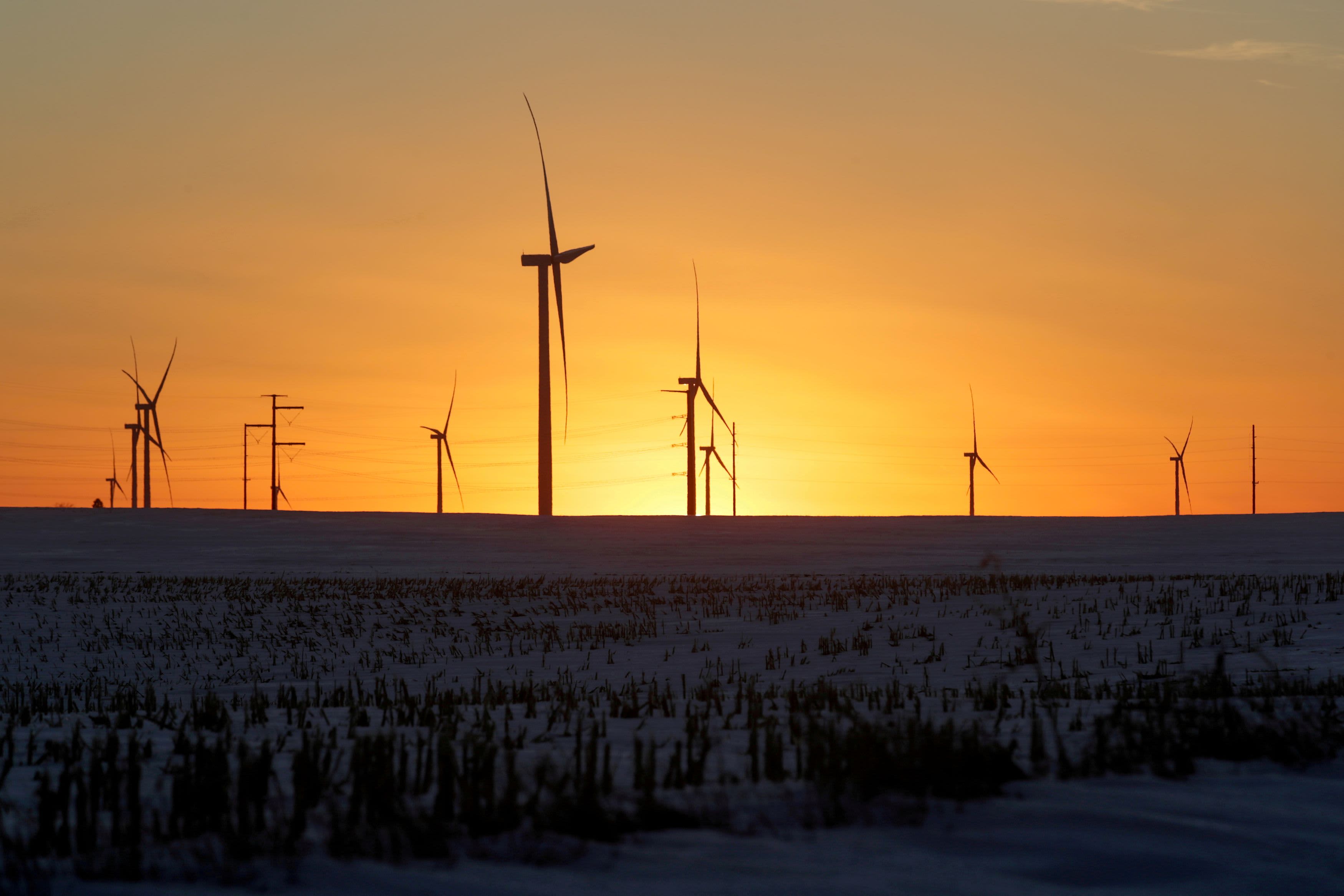 Nestle responded that its emissions reduction targets do cover all its activities, that it's reducing greenhouse gas emissions 50% by 2030 and that its factories and offices are switching to renewable electricity.

Jonathan Overpeck, dean of the school for environment and sustainability at the University of Michigan, who had no role in the NewClimate report, said: “Far too many companies are coming up short when it comes to meaningful decarbonization. Corporate decarbonization goals and plans for meeting them are generally far less compelling than needed for success in halting climate change.”

Some other outside experts suggested that the NewClimate report was too critical of carbon offsets.

“Forest-based offsets are challenging, but they can be real and important,” said Christopher Field, director of the Stanford Woods Institute for the Environment at Stanford University. “A too-strong emphasis on decarbonization paths that don’t include offsets will slow overall progress and raise costs.”

The report did note some things it said the companies are doing well. Shipping company Maersk received the best ratings despite the challenges its industry faces in reducing emissions. The authors noted that Maersk is pursuing alternative fuels and has partnered with a renewable energy company to establish a factory for e-methanol. Maersk did not immediately respond to requests for comment.

In the first part of NBCLX Storyteller Chase Cain's climate change survival guide, he explains the basics of why the planet is warming and what needs to change to protect its future. Scientists agree that the safe limit of warming is only 2.7 degrees Fahrenheit, and we've already hit 2.2 degrees. What's more, we're headed toward warming of 5 degrees, and the results could be "apocalyptic," Cain says.

The report commended Walmart, which pledged to be net-zero by 2040, for following good practice by committing to reduce its operational emissions to zero without the use of offsets and setting near-term goals for those reductions which include using 100% renewable energy by 2035. But Walmart was faulted for not including Scope 3 emissions. Walmart does have a voluntary program that guides its product suppliers to reduce emissions, and nearly a quarter of its suppliers have joined, the report said.

Walmart responded that it does have a goal to reduce or avoid one billion metric tons of Scope 3 emissions and that it reports its progress openly.

The report stressed that companies should take more responsibility to reduce Scope 3 emissions. Yet it can be challenging to track those emissions across supply chains, especially when working with smaller companies, said Maggie Peloso, a lawyer involved in climate change risk management and environmental litigation.

“It's not always as easy as calling someone up and saying, ‘Hey, I want to know what your emissions were from the factory when you produced that 100 boxes of stuff that you sent to my stores and I sold them,’ ” Peloso said.

If national governments created policies and regulations to meet the targets they have set, it would be far more effective, suggested John Reilly, who served as co-director of the Joint Program on the Science and Policy of Global Change at MIT. “On the hopeful side, perhaps there is ongoing effort within companies to create rules, procedures, and strategies to achieve their ambitious targets,” he said.