Holding one trial also would allow the community and the nation to absorb the impact of the verdicts for the four officers at once, instead of piecemeal, the Minnesota AG argued

Minnesota Attorney General Keith Ellison filed a memo arguing that evidence against the four is similar and that a single trial would spare witnesses and family members from the trauma of multiple trials.

Holding one trial also would allow the community and the nation to absorb the impact of the verdicts for the four officers at once, instead of piecemeal, Ellison argued.

Floyd, a Black man, was handcuffed and lying face-down when Officer Derek Chauvin, who is white, pressed his knee against Floyd's neck for nearly eight minutes on May 25. Floyd repeatedly said he could not breathe and called out for his mother before passing out. He was pronounced dead at a hospital that evening. Floyd's death sparked protests around the world.

Attorneys for Chauvin and Kueng declined comment on the prosecution's motion to hold a joint trial. Defense attorneys for Lane and Thao did not immediately reply to requests from The Associated Press for comment Wednesday.

In his memo, Ellison notes the charges against the four officers are similar, and that all of the charges stem from the same incident. Evidence also shows the four “worked together to commit the crime,” Ellison said, with Chauvin pressing his knee into Floyd's neck, Kueng and Lane holding Floyd down and Thao preventing bystanders from intervening.

A single trial also would spare witnesses and Floyd's family members from having to relive his death at multiple trials, Ellison argued. 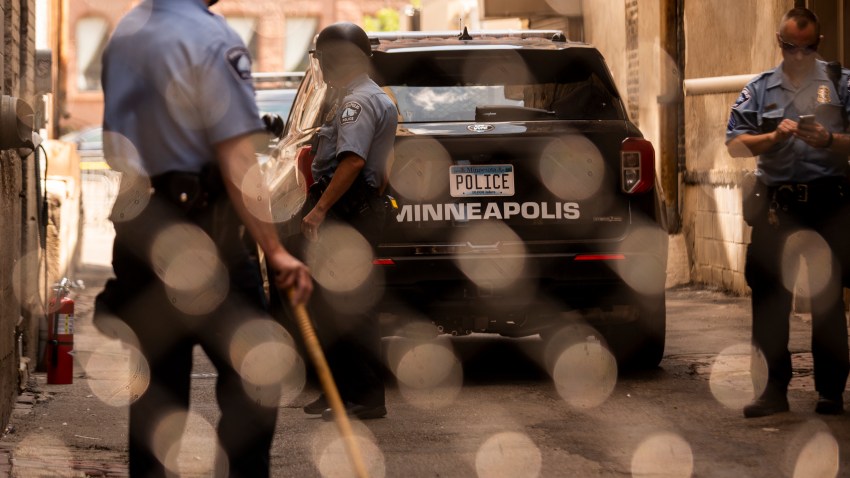 “Eyewitnesses who take the stand will be asked to recount the harrowing details of Floyd's death,” Ellison wrote.

The attorney general also cited the travel costs and lost wages of witnesses testifying at four separate trials, the risk of testifying in person during the coronavirus pandemic and the fact that several eyewitnesses are minors, including a 17-year-old girl who videotaped Floyd's death.

The next court hearing for the four is scheduled for Sept. 11.