For those who were there, they know it and they feel it: the special bond among first responders who deployed to Marjory Stoneman Douglas High School on Feb. 14, 2018.

“The call came out over the radio, shots fired at MSD,” recalled Lt. Ed Derosa of the Coral Springs Police Department.

“And I kind of did the double take to the radio — 'what? Shooting at Douglas?'” said Capt. Anthony Gonzalez of the Coral Springs-Parkland Fire Rescue Department.

Gonzalez was at the command post, where police were bringing the wounded for treatment. The all-clear had not yet been given, so paramedics could not yet go inside the building.

“People are coming out, parents are coming up to us, kids are running out of the school, I was juggling a lot at the scene at that time as far as consoling parents, trying to console kids,” Gonzalez said. “The complete sadness on their face, disbelief that this was going on in their school was apparent, was so real.”

Derosa joined officers rushing into the building. He has images of the slaughter and terror seared into his memory.

“I basically saw the first floor and that hallway, saw the carnage there and the spent medical equipment, the blood, the bodies; really what sticks out in my head is the faces, the faces of the kids coming out and that feeling when we were going through the building of 'where’s this guy at?', because we really had no idea when we first got there,” Derosa said.

Derosa was with another Coral Springs officer that day. Like many of the first responders, that officer had a child at the school, but did not inquire about his son until the shooter had been apprehended.

“He put his job first and the safety of the other people in that building first before going to find his own son,” Derosa said, without naming that officer. “We located him, he was fine, thank God.”

Gonzalez also had a child at the school.

“We take the oath to lay our lives down on the line, not our kids, so you think about that aspect, like wow, my kid didn’t sign up for this,” Gonzalez said.

His daughter, Victoria, texted her mom that she was OK, but her boyfriend, Joaquin Oliver, wasn’t responding to text messages. Calls to his phone went to voicemail.

From the first frame, the documentary film, “After Parkland,” grabs the viewer with the visceral pain of a father who lost his daughter.

Joaquin was gone, one of the 17 fatalities.

Now Gonzalez and his daughter deal with the aftermath together.

“I can definitely see that he’s struggling, but he knows that I’m struggling, too, so we give each other space but we also lean on each other when we need to,” Victoria Gonzalez said.

She graduated from MSD last year.

“A lot of officers, firefighters, first responders, they don’t want to talk about what’s affecting them,” Derosa said. “There’s a stigma called the blue wall.”

Here’s the thing about first responders: That attitude is still prevalent, that they’re somehow supposed to just suck it all up, and it’s not healthy.

“If you don’t talk to someone, it’s gonna fester and it’s gonna boil over,” Derosa said.

He leads a special unit at his department, the Critical Incident Stress Management Team, devoted to helping police officers stay mentally healthy. Derosa says many, including him, are still traumatized by their experience at MSD.

A wellness center in Coral Springs opened ahead of schedule to address the needs of students to help them cope with the recent suicides of two shooting survivors. NBC 6’s Erika Glover reports.

“There’s help out there – seek it out, talk to someone, if it’s not a medical professional, talk to someone that you know, trust and love, and they will be there for you,” Derosa said, adding that two years of talking things out has helped him tremendously.

Derosa says the fact that suicide is the No. 1 cop killer nationwide is proof that the blue wall stigma needs to end.

“We agree that it’s important to talk about it, so don’t bottle it up, because it just festers, suicides and mental health awareness is so real,” Gonzalez said.

If you were on the MSD campus that day, if you lost someone, two years is just not enough time to recover.

“This is something that’s gonna live with all of us ‘til the day we die, for sure, I’ve realized that yes, there is healing, but it’s more about learning to live with the pain,” Victoria said.

They struggle, they help each other, and hopefully, they move forward.

The National Suicide Prevention Lifeline at 1-800-273-8255 provides people in distress, or those around them, with 24-hour support. The Crisis Text Line allows people to text 'Home' to 741-741 to connect with crisis counselors. 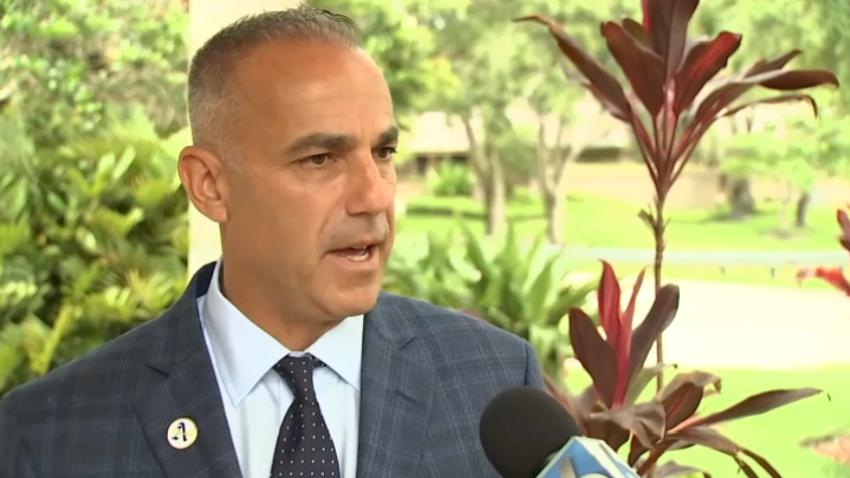 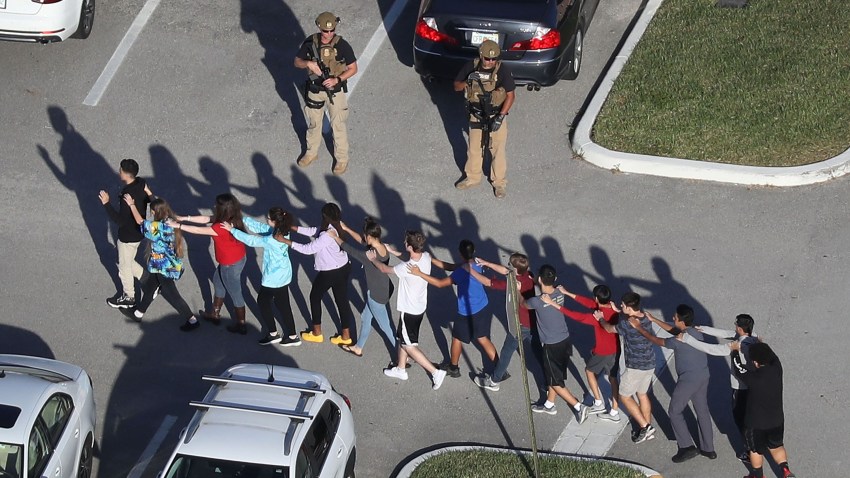