The man who fatally shot Ahmaud Arbery testified Wednesday that Arbery attacked him and grabbed his shotgun after he and his father pursued the 25-year-old Black man in their Georgia neighborhood.

Travis McMichael's testimony came as defense attorneys in the murder trial for the three white men accused of killing Arbery opened their case by building on arguments that their clients were lawfully trying to stop burglaries in their neighborhood.

Asked by his attorney why he shot Arbery, McMichael responded: “He had my gun. He struck me. It was obvious that he was attacking me, that if he would have gotten the shotgun from me, then this was a life or death situation, and I’m going to have to stop him from doing this so I shot.” 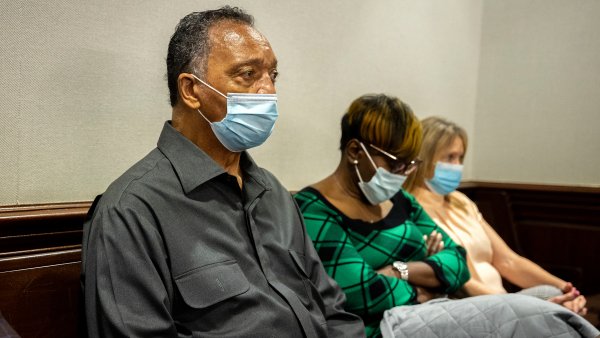 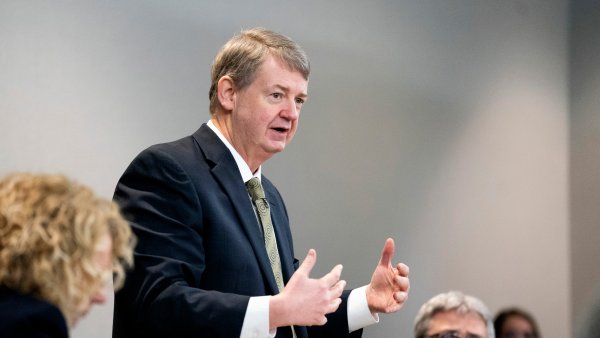 Attorney: No More ‘Black Pastors' in Court for Arbery Case

McMichael said he followed Arbery on Feb. 23, 2020, after his father came into their home in “almost a frantic state” and told him to “get your gun." He said he believed Arbery was the same man he'd seen “creeping" outside a nearby unfinished house and that he might have broken in there.

He and his father, Greg McMichael, got into Travis McMichael's truck and tracked down Arbery, asking him to stop and saying the police were coming. A neighbor, William “Roddie” Bryan, also joined the pursuit.

Eventually, McMichael stopped his truck and got out. That was when he said Arbery came running toward him and grabbed his gun.

“I was thinking of my son," he said, choking up a bit. "It sounds weird, but that’s the first thing that hit me.”

“What did you do?” Sheffield asked.

Bryan told police that he tried to run Arbery off the road and then recorded cellphone video as McMichael fired three shotgun blasts before Arbery fell facedown in the street.

Bryan’s attorney, Kevin Gough, argued Wednesday that Bryan never intended to harm Arbery and never tried to hide his involvement in the pursuit. He noted that Bryan openly shared his cellphone video — the key piece of evidence in the case — with police officers at the scene.

The McMichaels told police they suspected Arbery was a burglar because security cameras had recorded him several times in the unfinished house on their street.

The defense began its case after Superior Court Judge Timothy Walmsley denied a request from defense attorneys to ban prominent civil rights leaders and other high-profile visitors from the courtroom and require instead that they view the trial on a video screen in another room that has been set up for additional spectators as part of COVID-19 precautions.

The Rev. Jesse Jackson sat with Arbery's parents in the back row of the courtroom Wednesday for the second time this week. Attorneys for the defendants have said Jackson's presence and that of others who have spoken out in support of convictions in the case could unfairly influence the jury.

“They represent part of a national conversation” on racial injustice that has advocated for “conviction of the defendants,” said Jason Sheffield, an attorney McMichael. “And for that reason I do not think they should be present in the courtroom.”

In an interview outside the courthouse, Jackson said that by bringing up the issue of his attendance and that of other Black pastors who have supported the Arberys, the defense attorneys are “looking for a diversion.”

The trial is taking place before a disproportionately white jury at the Glynn County courthouse in the port city of Brunswick.

Arbery, 25, had enrolled at a technical college and was preparing to study to become an electrician like his uncles when he was killed.

Speaking to reporters outside the courthouse, Arbery’s mother, Wanda Cooper-Jones, said: “Mr. Travis McMichael killed my son all on assumptions. He didn’t know where Ahmaud was coming from or what Ahmaud had done. He just took actions into his own hands.”