Dating Changed During the Pandemic; Apps Like Tinder Are Following Suit

Tinder reported that 2020 was its busiest year yet; in 2021, its users have already set two records for usage between January and March

Early in the coronavirus pandemic, Jennifer Sherlock went out with a few men she met through dating apps. The dates were “weird,” she said, and not just because they were masked, socially distanced and outdoors.

One one occasion, a date remained masked while they were out for a stroll, but soon after invited her back to his place, a move Sherlock saw as reckless. “It was so off putting, and awkward,” she said. “So we wouldn’t be safe outside without mask(s), but we would be safe back at his place maskless?”

She decided she needed a way to filter people, so she began arranging video chats before agreeing to meet anybody in person. Sherlock, 42, a PR consultant who lives in New Jersey, said it's a practice she'll continue post-pandemic.

Sherlock isn’t alone in changing the way she used dating apps during the pandemic, prompting many to roll out new features. Despite the social distancing of the past 18 months, the use of dating apps in general has surged as people sought connections amid their isolation. 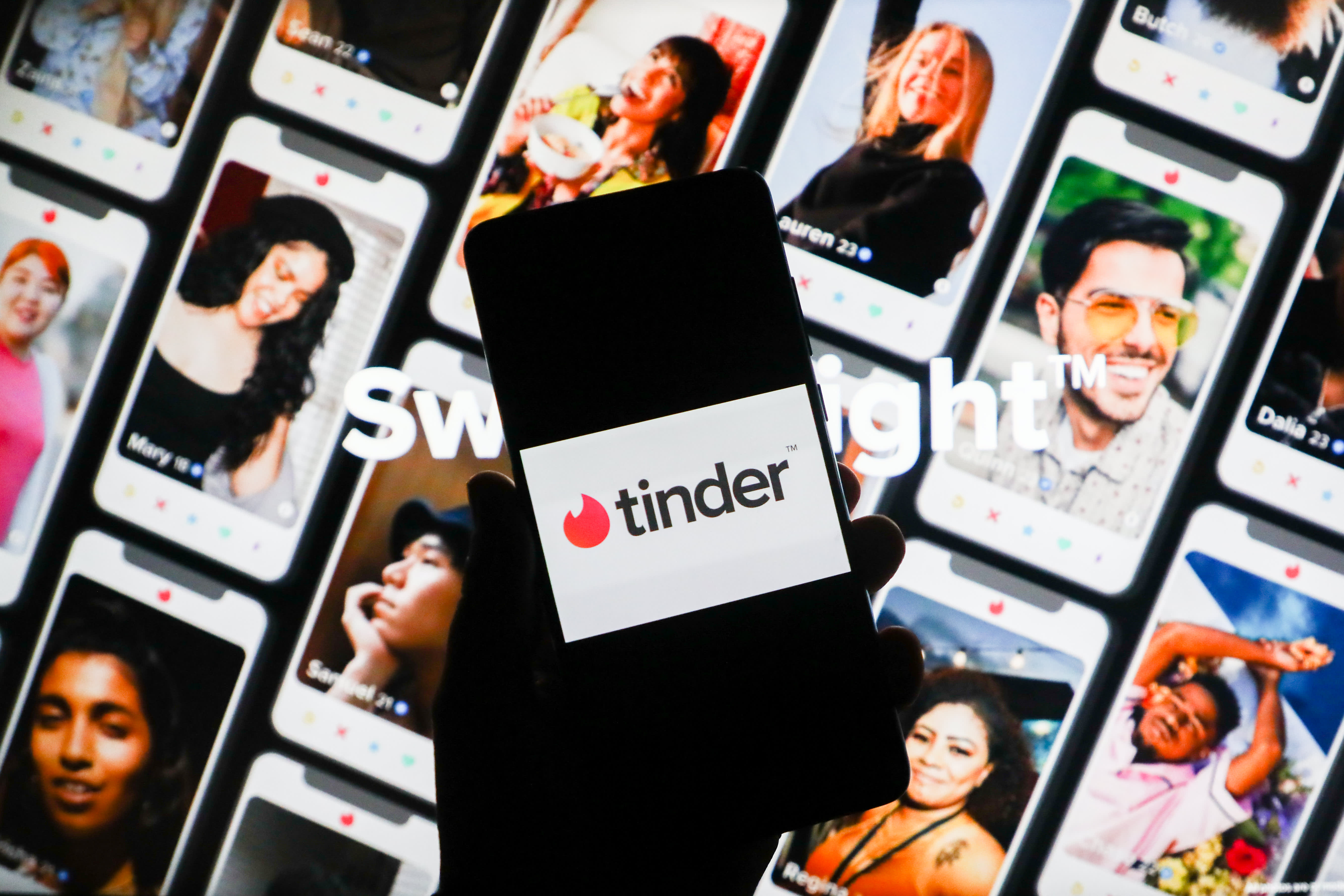 Tinder reported that 2020 was its busiest year yet; this year, its users have already set two records for usage between January and March. Hinge tripled its revenue from 2019 to 2020, and the company expects it to double from that this year.

In response to changing demands, Tinder announced new tools last month that will allow users to get to know people better online. People will now be able to add videos to their profile and can chat with others even before matching with them.

“Historically consumers were reluctant to connect via video because they didn’t see the need for it,” said Jess Carbino, an online dating expert and sociologist who has worked for Tinder and Bumble. Post-COVID, however, many people expect a higher degree of screening, she said. "Online dating apps like Tinder are leaning into that.”

The dating apps say their research shows video chats are here to stay, even as life starts to return to normal in some parts of the world.

Almost half of Tinder users had a video chat with a match during the pandemic, with 40% of them intending to continue them post-pandemic. Tinder says this is largely driven by Gen Z users in their late teens and early 20s, who now make up more than half of the app’s users. And a majority of Hinge UK users, 69%, also say they’ll continue with virtual dates after the pandemic.

Many more people are putting their vaccination status, or even a picture of their vaccine card, in their dating app profiles. It also seems more people are looking for a committed relationship as the nation opens up again, NBC News youth and internet culture reporter Kalhan Rosenblatt explains.

Tinder, alongside other popular apps including Hinge, OkCupid and Bumble, has in Britain and the U.S. partnered with the government to add a badge to profiles indicating that users have been vaccinated. (There's no verification process, though, so matches could be lying.)

That’s what happened to Maria del Mar, 29, an aerospace engineer, who wasn’t expecting to end up in a relationship after she matched with someone on Tinder early in the pandemic last year.

She started chatting with her now-boyfriend through the app in April 2020 during a complete lockdown in Spain, where she lives. Having moved back to her parent’s tiny town of León from Barcelona, del Mar was bored when she joined the app, but was surprised to find many things in common with her current partner.

After weeks of chatting, they finally met for a first date — a socially-distanced hike — after restrictions eased slightly in May 2020. Now the two have moved in together. “If it wasn’t for the app, probably our paths wouldn’t have crossed,” she said.

Fernando Rosales, 32, was a frequent user of Grindr, an app popular with gay men looking for more casual encounters, in pre-pandemic times. He turned to Tinder for social connections when coronavirus restrictions prevented people from meeting others in London, where he lives.

"Grindr is like, ’I like you, you like me, you’re within 100 meters of me, I’m going to come over,'” said Rosales, who works at the popular British coffee chain Pret.

“Tinder is something more social," he added,. Sometimes he uses the app just to meet others to play online video games or video chat.

Ocean, 26, a drag artist and photographer in Berlin, turned to the live video feature of a LGBTQ+ app called Taimi to make friends across the world during the pandemic. Having two-to-five minute video chats with strangers from places like the Philippines or parts of the U.S. was “amazing,” she said. Ocean's given name is Kai Sistemich; she identifies as a woman when in drag.

She said she'll continue using the feature post-pandemic, especially while she’s doing solo activities like cooking, or getting ready before going out to party.

Sherlock also expects some of her pandemic dating behaviors to carry into the post-pandemic world. She recently asked two men she was texting for Facetime chats before meeting in person, something she would not have done pre-pandemic.

“It’s a crazy dating world out there, so saving time is necessary,” she said.