Jan. 13 2021, marks 25 years since 9-year-old Amber Hagerman was kidnapped in Arlington, inspiring the nationwide AMBER Alert system for missing and endangered children. Her body was found several days after she was abducted. Her killer remains on the loose.

“I miss her every day,” said Donna Williams, Amber’s mother. “She was just so full of life and I want to know why. Why her? She was only a little girl.

Police, some who have been working the case decades later, announced plans Wednesday to submit items of evidence originally obtained in the investigation to new forensic testing that may yield a more complete DNA profile of the killer.

"Because the technology is new and it's advanced we are excited that this year, hopefully by February, we will submit this new evidence to see if we can get an enhanced DNA profile," said Arlington Assistant Police Chief Kevin Kolbye.

On the 25th anniversary of Amber Hagerman’s abduction, Arlington police update the status of the case, and the hope that new DNA testing can help them solve the crime, while Amber’s mother pleads for the killer to come forward.

Officials did not reveal what the evidence was or how long it will take for the evidence to be tested. Police also do not want to disclose whether the girl was sexually assaulted. 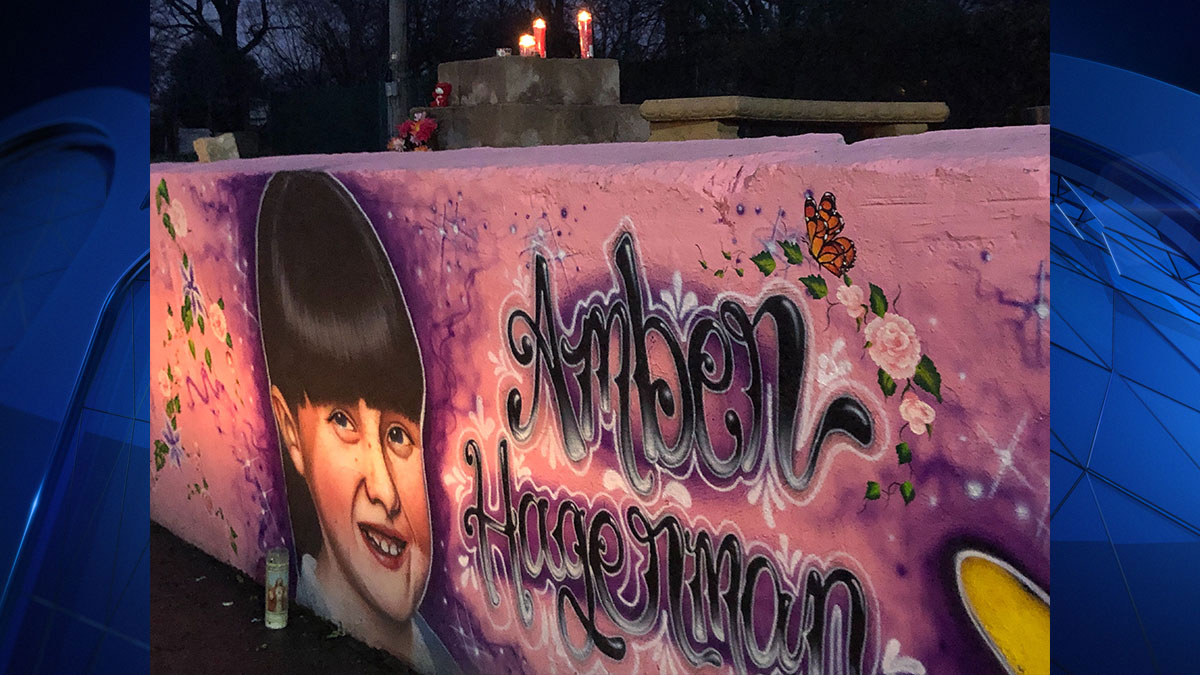 Mourners Pay Tribute to Amber Hagerman, 24-Years After her Abduction 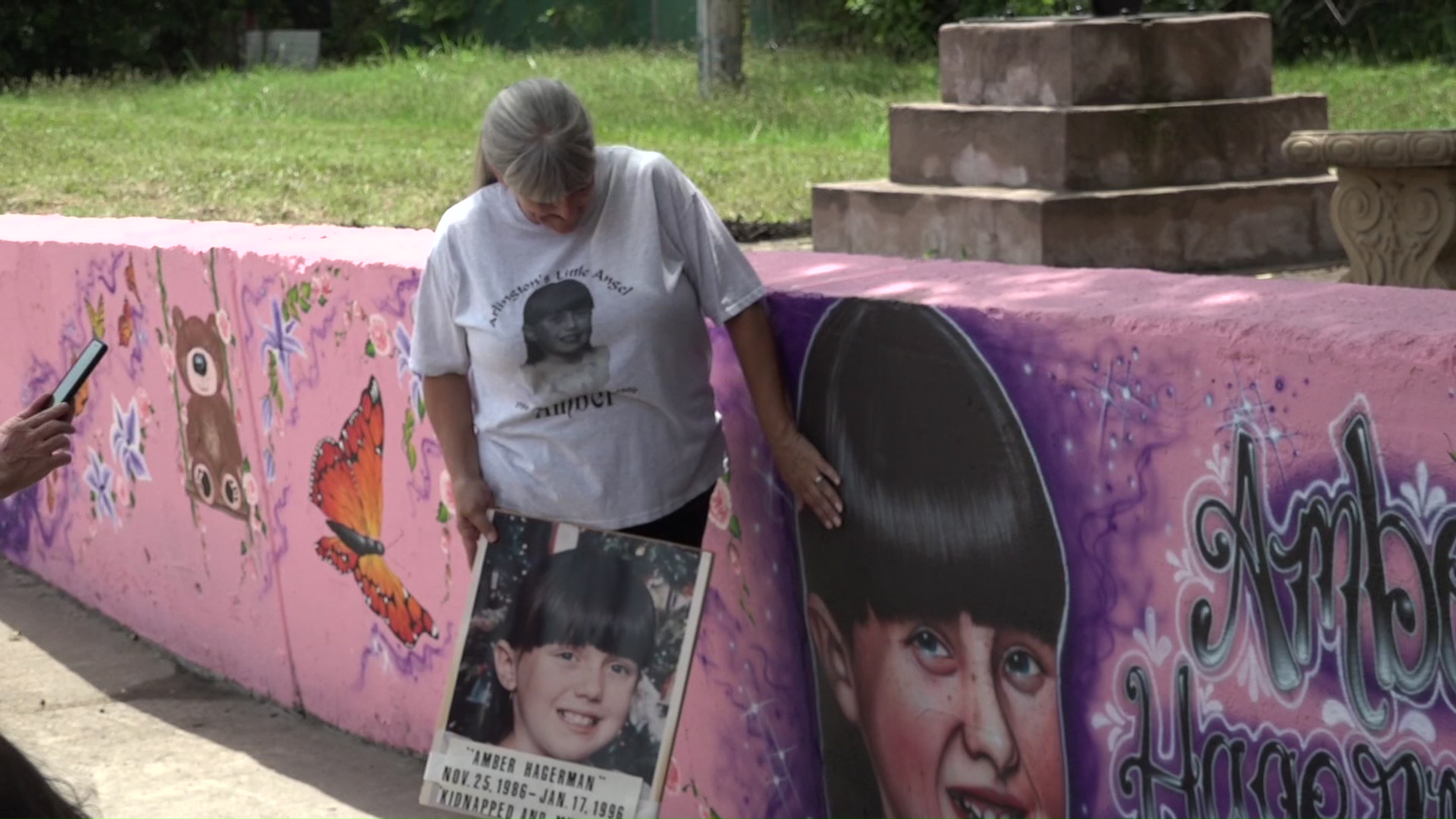 Hagerman was abducted while riding her bicycle in a parking lot at the corner of East Abram Street and Browning Drive, just blocks from her grandmother's East Arlington home on Jan. 13, 1996.

Four days after she was taken, police found Amber's body in a creek near a North Arlington apartment complex.

Detective Grant Gildon said he hoped advancements in technology will help them unlock the mystery of who killed Hagerman.

Gildon points to genealogical DNA testing performed on a very small sample in the 1974 Fort Worth cold case of Carla Walker that led to an arrest in September. Similar testing led to the arrest of the Golden State Killer in 2018 and in November 2020, 60-year-old Roy Charles Waller was convicted of raping nine women in their homes between 1991 and 2006.

Arlington police said they have confidence the case will be solved and hope that they can provide justice to Hagerman and her family.

During a news conference Wednesday morning, police relayed what they described as the "accurate suspect and vehicle descriptions" based on the report of the lone eye-witness to Hagerman's abduction. Police said the witness reported seeing a man carrying Amber, as she screamed, toward a black pickup truck.

Arlington police said the kidnapper was in his 20s or 30s, either white or Hispanic and had a medium build. He had brown or black hair and was under 6 feet in height. The witness said the truck was a 1980s or 1990s single-cab, fleet size pickup with a short wheelbase and that it was in good condition. There was no chrome or striping on the truck and there was no visible damage. The truck had a solid piece of glass along the back of the cab without a sliding window.

"We have one witness, all this time we've only had one witness come forward to tell us what happened, what he saw," said Arlington Police Sgt. Ben Lopez. "If there's anyone out there that has information, even if they think it's just a small bit of information, it may be the lead that we need to break this."

Police said they believe there are more witnesses, specifically people who may have been at the laundry mat nearby. Detectives say they believe some potential witnesses may be undocumented immigrants, afraid to come forward.

“We are not interested at all in pursuing any kind of deportation or any interest in their undocumented status,” said Sgt. Ben Lopez. “We would just ask anyone with information to come forward.”

Arlington police still receive tips in the case, more than any other cold case. To date, police said they have received more than 7,000 tips related to Hagerman's kidnapping and murder.

"There's not been a single month we have not gotten some kind of tip come in," said Gildon.

Call for a Killer to Come Forward

Authorities and Hagerman's mother also pleaded with the killer to come forward.

Police are hopeful enough time has passed the killer may want to come forward.

"You know, time goes by, 25 years later, the killer knows who it is, he knows who he is, he has some guilt, some remorse - hopefully - and as he's gaining in age, we are pleading with him to come forward," said Kolbye. "It's time, it's time we bring closure to this case and resolve this case."

Meanwhile, Amber Hagerman's abduction and murder led to Texas creating the Amber Plan. Now, it's called the AMBER (America's Missing: Broadcast Emergency Response) Alert system and is in place across the United States as well as several countries around the world. The alert system has helped recover more than 1,000 kidnapped children to date.

"I'm very, very proud of it," Williams said of the AMBER Alert. "It is saving our children's lives, it's helping bring back children to mommy and daddy and so it's another legacy for my daughter that she didn't die in vain."

As of December 2020, the Department of Justice reports 1,029 children have been rescued specifically because of AMBER Alerts.