A new government analysis of President Donald Trump's budget plan says it wouldn't come close to balancing the federal ledger like the White House has promised.

Thursday's Congressional Budget Office report says that Trump's budget, if followed to the letter, would result in a $720 billion deficit at the end of 10 years instead of the slight surplus promised.

CBO said Trump's budget would reduce the deficit by a total of $3.3 trillion over 10 years instead of the $5.6 trillion deficit cut promised by the White House. The nonpartisan scorekeeper estimated that deficits in each of the coming 10 years will exceed the $585 billion in red ink posted last year.

CBO says that Trump relied on far too optimistic predictions of economic growth and that Trump's rosy projections are the chief reason his budget doesn't balance as promised. 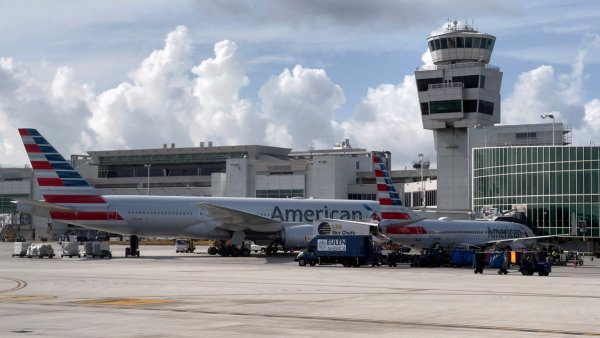 "Nearly all of that (deficit) difference arises because the administration projects higher revenue projections — stemming mainly from a projection of faster economic growth," CBO said.

"The CBO report shows that the president built his budget on fantasy projections," said Rep. John Yarmuth of Kentucky, the top Democrat on the House Budget Committee.

Trump's May budget submission proposed jarring, politically unrealistic cuts to the social safety net for the poor and a swath of other domestic programs. Many of its recommendations were deemed dead on arrival and are being ignored by Republicans controlling Congress.

CBO also said that the Trump budget contained too little detail to accurately predict its effects on the economy. The White House promised that its juiced-up economic projections will produce $2.1 trillion in deficit reduction, mostly from overhauling the tax code and reducing the burden regulations have on the economy. But Trump's tax overhaul plan is so far so sketchy that it can fit on a single page.

The analysis came as the administration and Republicans controlling the House are struggling to unite Republicans behind an alternative congressional budget plan that's a prerequisite for a hoped-for tax reform effort this fall.

"The tax reform concepts rely almost entirely on the budget resolution passing," Mulvaney said at a breakfast with reporters.

Mulvaney said that discussion continues among House lawmakers about fashioning a package of cuts from so-called mandatory programs that can win support from both conservative and centrist Republicans.

But Mulvaney was quick to downplay calls for an aggressive timeline on the administration's agenda. He said it was unreasonable to expect Congress to raise the government's borrowing authority, replace the 2010 health insurance law and pass a 2018 budget in the "next couple of weeks." Mulvaney said that the priority is completing the GOP's rewrite of health care first.

CBO is the nonpartisan scorekeeper charged with giving lawmakers independent analysis of legislation, the budget and the economy. While the White House and many Republicans have criticized CBO's coverage estimates for the Obamacare health law and the House and Senate GOP replacement plans, the White House hasn't been critical of CBO's budget predictions.

"While it does very well at times predicting things on budget — whether it's revenue or spending, we don't always agree that it does a great job predicting (health care) coverage," White House deputy press secretary Sarah Huckabee Sanders told reporters last month.

On Thursday, the White House budget office took heart that CBO credited it with $4.2 trillion worth of spending cuts over the upcoming decade, including $1.9 trillion from health care programs; it also says the administration would cut taxes by almost $1 trillion over that time, mostly because of its plans to repeal the Affordable Care Act.

The deficit cuts may come up short of balance, but the White House noted they are still very ambitious.