So it Begins: Brexit Talks to Focus 1st on Orderly Exit

Talks on Britain leaving the European Union began Monday with both sides saying they will focus first on an orderly withdrawal: a deal for citizens living in each other's territory, border arrangements between Ireland and the U.K. and the amount that Britain will pay to get out of previous EU commitments.

Both EU negotiator Michel Barnier and his British counterpart David Davis said after the first negotiating session they were confident of quick progress but said major challenges lay ahead to meet the deadline of March 2019 for Britain to officially leave the bloc.

"In the first step, we will deal with the most pressing issues. We must lift the uncertainty caused by Brexit," said Barnier. "In a second step, we will scope our future partnership."

From his comments, it appeared that the Brexit talks will largely follow the EU's conditions and will center on the two sides' new relationship only once sufficient progress has been made on the withdrawal issues.

Davis was heartened by the spirit of the talks, during which the negotiators, both interested in mountaineering, exchanged a walking stick and a hiking book.

Barnier said there will be one week of negotiations every month and the two sides will use the time in between to work out proposals. Both sides will put top advisers to work immediately on a border agreement between Ireland and the United Kingdom, aiming to make sure the Irish peace agreement and the common travel area should as unaffected by Britain's EU departure as possible.

While the EU negotiating team led by Barnier has been ready for months, British efforts on Brexit stalled even after it triggered the two-year process on March 29. An early election this month, in which British Prime Minister Theresa May lost her Conservative majority in parliament, only added to the problems. 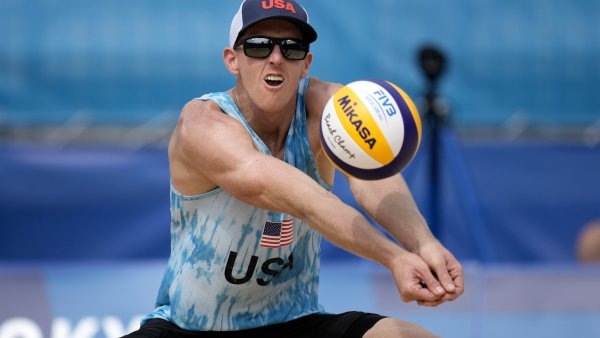 Time is pressing. After Britain's June 23, 2016 referendum to leave the bloc, the other 27 nations wanted to start the exit talks as soon as possible so they could work on their own futures, but Britain long seemed dazed by its own momentous move.

And even when May finally triggered the two-year unraveling process on March 29, she followed it up by calling an early election on June 8 that she hoped would strengthen her majority in parliament and thus her negotiating mandate with the EU.

The move backfired, May lost her Conservative majority in the vote and has been fending off critics of her leadership ever since.

Still, British Foreign Secretary Boris Johnson remained upbeat Monday, saying he thinks the Brexit negotiations will yield "a happy resolution that can be done with profit and honor for both sides."

Johnson also urged Europeans to look further down the road.

"The most important thing for us is to look to the horizon, raise our eyes to the horizon. In the long run, this will be good for the U.K. and good for the rest of Europe," Johnson said at a meeting of EU foreign ministers in Luxembourg.