Student to be allowed to walk; must take STAAR test in July after being granted waiver as a freshman

The Wylie High School Senior was twice a district champion and once a regional champion in wrestling. The 19-year-old has also overcome an abusive childhood in his native Mexico, thanks in part to being adopted, along with his younger brother, by Don Triplett of Wylie.

“I feel very special. My dad, I love my dad with all my heart because he does amazing things. He wants me to succeed,” Escoffie told NBC 5 Tuesday. 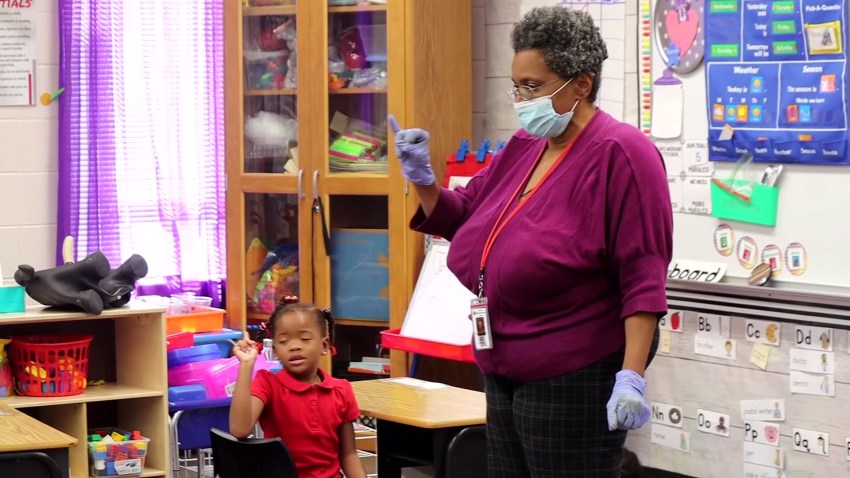 The next stage of his success was supposed to be Wylie High’s graduation Saturday at the Allen Events Center.

But late last month, the Texas Education Agency informed the Wylie ISD that Escoffie was deemed to be ineligible for graduation, based upon its interpretation of the newly-passed Texas Senate Bill 149. Read S.B. 149 in its entirety below.

“Jose’s worked really hard for four years. Now he’s being told that he’s not gonna get to graduate, basically due to a technicality,” said Escoffie’s father, Don Triplett.

Texas SB 149 is designed to help otherwise-qualified students who have performed poorly on State of Texas Assessments of Academic Readiness (STAAR) tests, and Gov. Greg Abbott signed the bill into law on May 11.

“We must protect Texas students from being penalized as a result of evolving testing standards,” read, in part, a news release from Abbott’s office upon his signing of the bill.

Under the previous law, high school seniors would be denied a diploma if they failed three or more STAAR exams. SB 149 established a policy that would allow school districts to make exceptions to the previous rule, so long as the student met other specific guidelines.

According to the Texas Education Agency:

"SB 149 has revised the state’s assessment graduation requirements for students enrolled in the 11th or 12th grade for the 2014-2015, 2015-2016, or 2016-2017 school years. A student who has failed the EOC assessment graduation requirements for no more than two courses may receive a Texas high school diploma if the student has qualified to graduate by means of an individual graduation committee (IGC). Under the legislation, a student may not graduate under an IGC if the student did not take each required EOC assessment or a commissioner-approved substitute assessment for each course for which there is an EOC assessment."

In 2012, a Wylie ISD committee approved a provision to allow Escoffie, then a Wylie High School freshman, to be waived from taking the STAAR English I examination so long as he passed the actual course because he had not yet lived in the United States for at least three years.

At the time, the T.E.A. authorized school districts to make decisions like that on behalf of students like Escoffie.

But with the passage of SB 149, the TEA has now reversed its opinion.

“Now they’re saying because he didn’t take the STAAR test in his freshman year that his is not able to graduate,” Triplett told NBC 5. “Here it is four years later and it’s gonna keep him from graduating.”

According to an email written to Triplett by Debbie Ratcliffe, director of media relations for the Texas Education Agency, the agency’s general counsel determined “Jose has to pass at least three end-of-course exams and his classes to earn a diploma. He said the SB 149 provisions are not stacked upon the ELL (English Language Learners) provision to allow Jose to pass only two tests.”

“I’m so very sorry that I can’t provide you with a more favorable answer,” is how Ratcliffe ended her email to Triplett.

For its part, the Wylie ISD does not agree with the TEA interpretation.

“Having to call and tell his father this news (that Escoffie would not graduate) was the single worst moment in my 42 years of education,” wrote Wylie HS Associate Principal Angie Nichols in a letter on Jose Escoffie’s behalf to the TEA “If ever a young man deserves AND has earned a diploma, it is Jose Escoffie.”

How can one be exempt from something and then later be told they failed it?” asked Wylie HS Principal Virdie Montgomery in an accompanying letter.

Wylie ISD Superintendent Dr. David Vinson noted in a letter to Texas Sen. Van Taylor, “In Wylie ISD, our records show that through the ELL Provision, Jose has met the English I requirement.”

“I want to be there. I really want everything to change,” Escoffie told NBC 5. “I really think I deserve this because I gave my best.”

“It’s really hard for me being a father – I want what’s best for my son,” said Triplett, fighting back tears. “He’s worked hard for this and he deserves this and for it to be snatched it’s just not right.”

Unless the TEA reverses its decision about Escoffie’s eligibility to graduate, the senior plans to participate in his graduation ceremony Saturday. The district would provide him with a “fake” diploma, and he would then be required to pass the STAAR English I examination when it is offered again in early July.