Witness in Probe of 2015 Attack Convicted of Lying to FBI

A witness in the investigation of the 2015 attack on a Prophet Muhammad cartoon contest in suburban Dallas has been convicted of making false statements to FBI agents and tampering with a witness.

The verdict against Abdul Khabir Wahid of Phoenix was handed down Tuesday by a federal judge who concluded the lies that Wahid told negatively affected the ability of FBI agents to investigate the attack on a timely basis.

Wahid was a friend of Elton Simpson and Nadir Soofi, followers of the Islamic State who were killed by police after the pair opened fire outside the anti-Islam event in Garland. 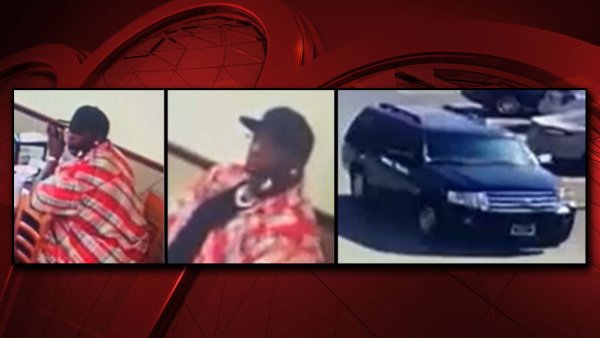 Wahid also testified at the trial of Abdul Malik Abdul Kareem, who is serving a 30-year prison sentence for giving guns to Simpson and Soofi and other convictions.

Prosecutors said Wahid, who could face up to 28 years in prison for his convictions, wasn't directly involved in the attack.

No one answered when The Associated Press called Wahid on Friday to seek his comment on the verdict.

Judge John Tuchi concluded the statement was false, saying Wahid failed to tell the agents that Simpson had given him a key to his car and an envelope -- and that Simpson told Wahid to give both items to another friend.

At Kareem's 2016 trial, his lawyer said the friend eventually gave the key to Simpson's father.

The contents of the letter and the person to whom it was intended to be sent were unclear.

Wahid's false statement "resulted in the misdirection of investigative assets and delay in investigative progress until agents learned of the key, envelope and delivery through other sources more than a month later," Tuchi wrote, adding that the delay resulted in agents' failure to recover some evidence.

More than a month after his first FBI interview, Wahid acknowledged to agents that his prior statement was untrue, wrote Tuchi, who concluded the acknowledgement didn't affect his conclusion that Wahid had made a false statement to agents.

Wahid also was convicted of witness tampering for urging Soofi's brother, Ali Soofi, in recorded conversations to not talk to the FBI in the weeks after the attack.

Wahid also instructed Ali Soofi to tell the FBI that he had visited the Phoenix apartment shared by Simpson and Nadir Soofi only once or twice, when in fact he went there one to three times a week.

Wahid, who isn't an attorney yet represented himself at trial, opted to have the case decided by a judge, not a jury.

His sentencing is scheduled for Aug. 26.