The family of a Dallas man who police say was killed by a hitman hired by a police officer is speaking out.

Yolanda Thomas is the cousin of 61-year-old Albert Douglas.

Thomas moved from Dallas to Atlanta 11-years ago but said, despite their distance, she was still close with Douglas and visited him when she came home. 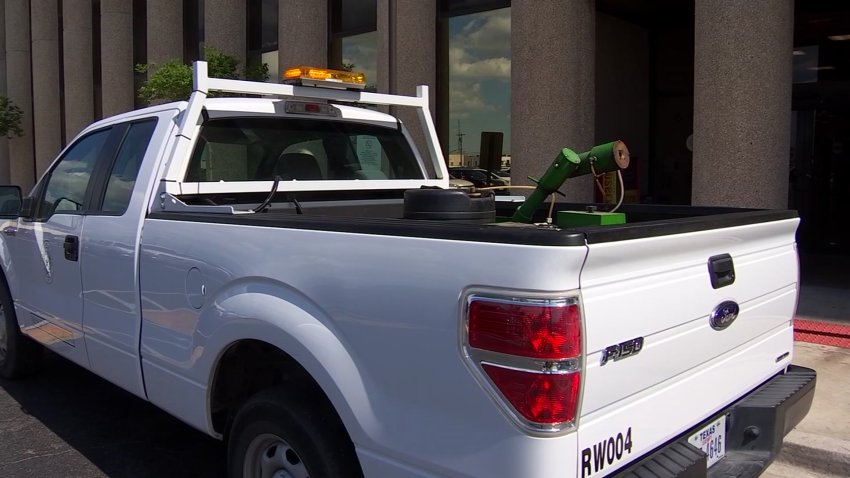 “It was always still the love, the smiles, the laughter because he was always a bubbly person,” Thomas said.

Douglas, she said, grew up in southern Dallas. He was a father of two and a grandfather who she said was battling cancer when he disappeared in February 2017.

“I immediately started my search and I kept saying someone has to know where this guy is, he would never leave this neighborhood,” Thomas said.

In 2019, she said the family was told someone confessed to killing Douglas. Then came Thursday’s disturbing new details.

Days later, the affidavit shows the hitman “stopped, handcuffed… then drove the complainant [Douglas] to 200 Santa Fe where he was shot and killed.” The affidavit shows Douglas was dumped in the Trinity River. His body was never found.

“It was just mouth-dropping for me,” Thomas said. “I just don't get it. I'm still trying to figure out what's the connection.”

So far, that question remains unanswered.

Weeks after Douglas' death, the affidavit shows Officer Riser offered the hitman $6,000 to kidnap and kill 31-year-old Liza Saenz whose body was found along the Trinity River.

Police say the murders are unrelated.

The affidavit states and FBI analysis revealed Riser’s cell phone “placed him in our about the area during the time frame” of the two victim’s disappearance and killing.

It also shows Riser’s cell phone and squad car were placed at the locations where the hitman stated kidnappings.

Thomas said she thinks there's more to the story, and just wants justice for her cousin.

“He doesn't have a mean bone in his body,” Thomas said.