West Rising Up on the Gridiron

More than four months after a fertilizer plant explosion leveled much of the town of West, high school football is bringing the town together.

The West High School Trojans began their 2013 season Thursday evening with the eyes of a community and the hope of its people on their shoulder pads.

The town, largely destroyed by a fertilizer plant explosion on April 17, has fully embraced its new unofficial motto, "rise up."  The phrase is painted onto the high school football field - which served as a triage site for first responders treating the dying and hurt during the immediate aftermath of the blast that killed 15 people, hurt more than 160 more and damaged or destroyed at least 150 homes and businesses. 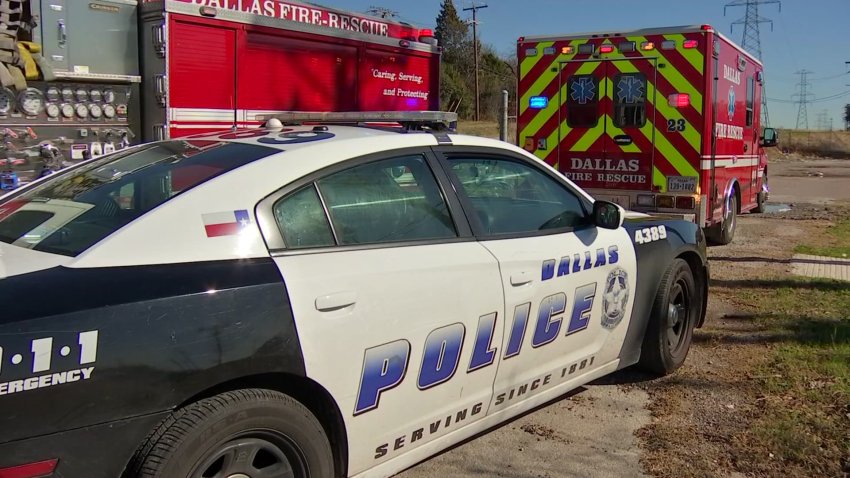 The Trojans lost the game 41-7, but taking the field was a victory. The town came together at the same field that served as a triage point for dozens of dying and injured people in the hours following the explosion.

"Moments like April 17th don't define you," Woodard said during his pregame pep talk. "It's what, it's how, you respond to that. Tonight's our first night to respond."

Woodard and nearly 2,000 other community members started the day with a first-ever communitywide pep rally.

"It's school spirit, kids being together, anticipation of our first football game of the season, and this one makes it really special because it's something that's a rebuilding effort," said Jan Hungate, West Independent School District administrator.

"We've talked with our kids at length about the burden and responsibility they have of possibly having to carry the community on their backs," Woodard said.

Just making it to the game is an achievement in its own right for many West players.

Tyler Pustejovsky, a senior linebacker and fullback, lost his cousin, Joey Pustejovsky, 29, a volunteer fireman, on the night of the explosion. Before the game, he said he was exhilarated and ready to play.

"I just want to go to out there and put pads on right now and just get it over with," he said.

Nick Kucera, a senior defensive end, recently moved back in to his family's rebuilt home, which had been damaged beyond repair in the ammonium nitrate-fueled explosion.

"I know the community is looking forward for something to take their mind off the outside influences for just a few hours," he said. "It will definitely take my mind off of it; just getting out there with my team and just playing as hard as we can."

None of the Trojans have been a part of a winning season -- the team is a combined 4-27 over the past three seasons.

But the new head coach, whose own home was located approximately 200 yards from the West Fertilizer Plant and is currently being rebuilt, said he believes the players are all ready to "rise up" -- -- this year after all they and West have been through.

"You know, a school and the football team is the focal point of a community here in Texas, and so for them to be able to, maybe, carry the flag of our city and the rebuilding of our community -- it does make for a special season," Woodard said.

The home bleachers stayed mostly filled through the end of the game, with dozens if fans waiting long after the final seconds ticked off of the clock to shake the hands of the players as they made their way off of the field.

The return of football has given people in West something to cheer for again, Coach Woodard said. And to his players, in the minutes before the kickoff under Thursday night lights, Woodard asked them to be an inspiration for a town that needs it.
"Everybody in that stadium is rooting for you tonight. Everybody in that stadium is here to watch you put on a show. Don't disappoint them. Give them something to talk about and smile about in the morning," Woodard said, before his team claimed victory in defeat.
NBC 5's Ben Russell contributed to this report.