Van Zandt Woman Lost Everything But Her Faith in Deadly Tornado

Sunday marked exactly one year ago that first responders in East Texas rushed to rescue people injured and trapped after seven tornadoes ripped through four counties.

Four people were killed and dozens of others were injured on April 29, 2017. 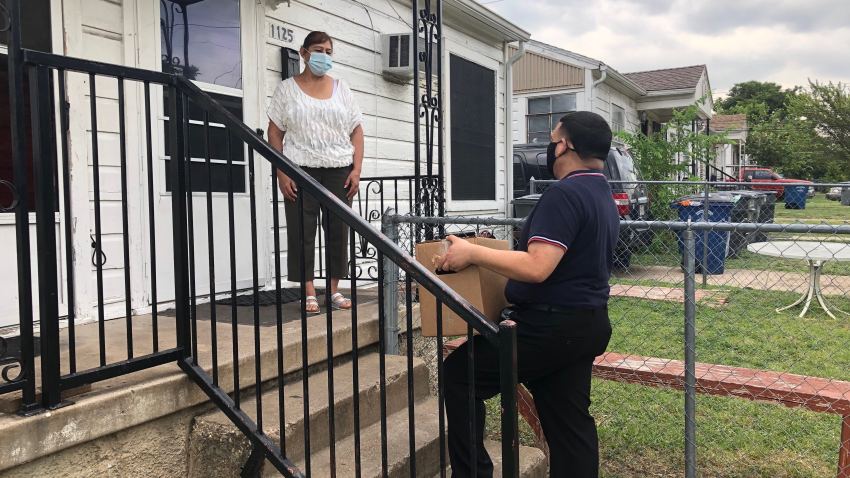 A woman in a small community near Canton lost everything but her faith.

Cheryl Hughes’ home is not yet completed.

There’s a concrete slab, the wooden frame but months of work still left to do.

"This is the living room," she said showing her young grandson the rooms.

"I felt closer to my husband here than anywhere else," she said.

Kenneth 'Keny' Hughes built their previous home in the same spot with his own hands.

The couple chose the property in Van Zandt County for the peace and quiet.

Their peace was disrupted one year ago as the two huddled in their bathroom as storms neared.

"I grabbed my boots and put them on to go outside to see if there was anything happening and he met me coming in the backdoor and he just said 'turn around and get in the bathroom, we need to get in the bathroom now,'" she said. “Sat down on the floor and I didn’t even have time to say 'what did you see' til he was saying 'well, there goes the roof.' And I don’t remember anything else until I was 300 yards away knocking on the neighbors door asking for help," she said.

Their beloved home was gone, ripped apart by one of six tornadoes that hit the county.

Cheryl suffered a broken leg and other injuries.

Her husband didn’t make it.

"He’s still with me. He’s still in my heart. I see him in my daughter and in my grandkids," she said. "When I see things that are going to be hard I can hear him saying 'be smarter than what you’re working with. You can do this.'"

These are words she lives by as she faces life without her high school sweetheart and husband of 40 years.

"He was 14. I was 15. Just blond hair, blue eyes. Just stole my heart right away," said Hughes. "We got married on my 19th birthday. Always told him he was the best birthday present I ever got."

Her survival, she said, was a gift from above.

"God has his hand on you for a reason," she said. "You survived for a reason. No other reason but God chose to let you survive."

This brings her peace and a reason to come back home.

Hughes and other survivors have recently had underground tornado shelters installed on their properties.

The concrete bunkers can hold around a dozen people inside during severe weather.